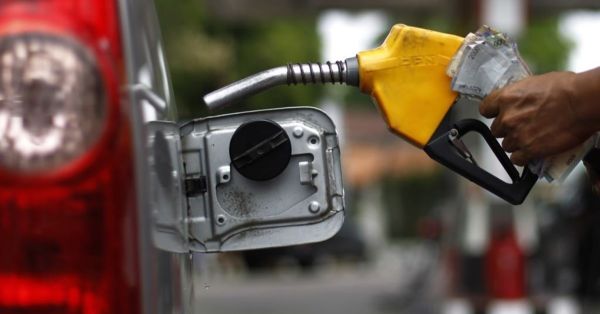 The pump price of Premium Motor Spirit, popularly called petrol, could hit N400/litre at most filling stations before the end of this year, going by the continued scarcity of the product, oil marketers stated on Tuesday.

This will represent over 100 per cent increase in the pump price over the period.

Dealers said if the scarcity of petrol failed to abate, its pump price would continue to rise, as they noted that PMS cost was already about N450/litre at the black market in many states.

This came as motorists decried the continued silence of the Federal Government and the Nigerian National Petroleum Company Limited over the lingering crisis in the downstream oil sector.

The National Public Relations Officer, Independent Petroleum Marketers Association of Nigeria, Chief Ukadike Chinedu, told our correspondent that most IPMAN members, who owned bulk of the filling stations across the country, were now subjected to purchasing PMS at about N220/litre, which was why many outlets currently dispensed at about N250/litre and above.

He said the cost of the commodity had been rising due its unavailability and other concerns in the sector, stressing that consumers should be ready to pay between N350/litre to N400/litre before the end of this year.

“I’ve always discussed with you frankly on the PMS supply situation in Nigeria. A vessel arrived Port Harcourt depot and the information we got is that it is only for major marketers. This might be happening in some other locations too,” Ukadike stated.

“By the time we buy from major marketers, they will sell to us at about N220/litre, and you can imagine the rate which we will have to sell to consumers. So where is our quota?

“We need our quota so that we can buy at the same government approved rate. But by selling to only major marketers, they will resell to independent marketers at between N210 to N220/litre, and we don’t have any option than to buy it.”

Ukadike confirmed an earlier exclusive report by The PUNCH that the ex-depot price of petrol had risen to about N185/litre, adding that when major marketers bought at this rate, they would sell above N210/litre to independent marketers.

“So, if care is not taken, we should be talking around N350/litre to N400/litre for the pump price of petrol before this year ends, considering the way things are going now,” the IPMAN official stated.

On Monday, The PUNCH exclusively reported that the lowest price which NNPC could sell petrol to marketers, assuming there was no subsidy, was N400/litre.

The report also stated that the Federal Government had quietly allowed depot owners to raise the ex-depot price of petrol to about N185/litre, whereas the approved rate used to be N147/litre.

“The subsidised ex-depot rate for petrol from NNPC is about N147/litre, but tell me, which depot is selling at that rate today? I know somebody who said he bought from a depot at N182/litre. And he got it at this rate because he did bulk purchase, he bought about 20 trucks,” a major marketer, who requested not to be named due to lack of authorisation, told our correspondent.

The official added, “And he bought it from one of the major marketing companies. So, when you make a bulk purchase at N182/litre, then you can imagine what those who are buying one or two trucks will have to pay for the product.

“This means that there is hardly any depot you can go to now that you can get products for less than N185/litre. And by the time you buy at N185/litre at the depots, why won’t they sell at N200/litre and above?”

Also speaking on issue, the President, Petroleum Retail Outlet Owners Association of Nigeria, Billy Gillis-Harry, told our correspondent on Tuesday that the cost of PMS would continue to appreciate if the current situation persisted.

He added, “Now, we are here in the reality of today. So, I think that what we should focus on is availability of products, not to worry much about petroleum price, for we don’t know if the product will even be available.

“Right now in the black market, it is being sold at N400 to N450/litre. I attempted to ask for a five-litre jerry can in Lagos and they were offering it at N2,200, which translates to N450/litre.

On the alleged racketeering by some marketers, Gillis-Harry, said, “You cannot do that for a product that is not even available – a product that you struggle to purchase. The NNPC is under pressure and the currency has its own problem.”

Sylva is banking on the refurbished Port Harcourt Refinery in Rivers State, which he said would be delivering 60,000 barrels per day (bpd) of refined crude by the end of December; and the 650,000 bpd Dangote refinery which has attained 97 per cent completion stage.

Sylva said Nigeria’s production of crude had improved to about 1.3 million barrels per day from under a million barrels previously, and that the country hoped to meet its Organisation of Petroleum Exporting Countries (OPEC) quota by May of next year.

The NMDPRA had in October said the Dangote Refinery project had attained 97 per cent completion rate.

NMDPRA had, in a tweet, disclosed this while receiving the company’s 2022/2023 work plan.

The authority said the work plan showed that the project is in its advanced stages.