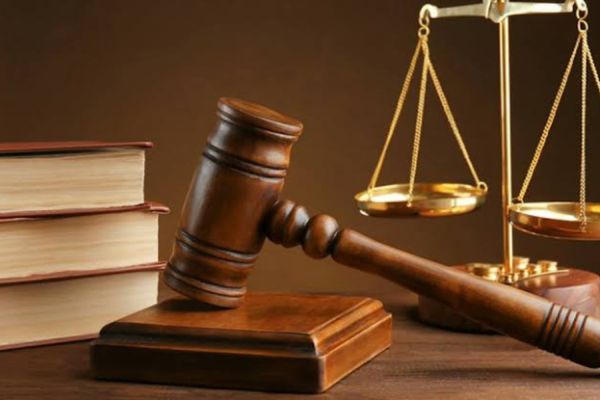 A Federal High Court sitting in Lagos has set aside an order attaching funds belonging to the Asset Management Corporation (AMCON) in the custody of 24 commercial banks operating in Nigeria over alleged N1.015 billion debt owed a lawyer, Chief Anthony Ajibola Aribisala.

Justice Tijjani Ringim in a ruling held that the Judgment Creditor (Aribisala), failed to sought for and obtained the consent of the Attorney-General of the Federation before the commencement of the Garnishee Proceedings against AMCON.

On October 17, 2022, the judgment creditor secured judgment in the suit in his favour.

Thereafter, the Judgement Creditor proceeded to the Federal High Court to register the judgment as suit No. FHC/L/NRJ/9/22.

Following the registration, on November 4, 2022, the Federal High Court, Lagos, presided over by Justice Akintayo Aluko made a garnishee order nisi attaching the funds of AMCON in the custody of 24 commercial banks operating in Nigeria.

However, AMCON, through its lawyer, Dr. Francis Chuka Agbu, challenged the order, and urged the court to set it aside.

Due to urgent election matters being handled by Justice Aluko, the case was transferred to Justice Tijjani Ringim to listen to the argument of the parties for adjudication.

In his ruling, Justice Ringim held that Section 19(4) of the AMCON Act provides that, “All money standing to the credit of the corporation in any bank account is deemed to be in custody and control of the corporation.”

The judge also started that in line with the plain and clear wordings of Section 19(4) of AMCON Act, the requirement of consent of the Attorney General of Federation as a precondition to the commencement of garnishee proceedings against the Judgment Debtor cannot be washed away because the fund of the Judgment Debtor/Applicant is in the Garnishee Commercial Banks, and not under the custody and control of a public officer.

The judge added that technically, the law deemed such fund in whatever bank to be in custody and control of the Judgment Debtor.

“It is then obvious to me that the combined provisions of section 19(3) and (4) of the AMCON Act, make it plain and clear that it’s a pre-condition to the commencement of the instant Garnishee proceedings for the Judgment Creditor/Respondent to have sought for and obtained the consent of the Attorney General of Federation.”

Citing plethora of court decisions, the judge held, “I cannot but follow suit on the strength of the sacred principle of judicial precedence that the requirement of consent of the Hon. Attorney General, as a precondition to commencement of a garnishee proceedings against a public officer, is part of our law and it’s not in conflict with any provision of our constitution.

“In the circumstances of this case, it’s obvious that the consent of Attorney General of Federation was not obtained before the commencement of the instant Garnishee proceedings on 28th October,2022 that led to the Garnishee Order Nisi of 4thNovember,2022.

“On a final note, having held that the instant garnishee proceedings and the Garnishee Order Nisi that were conducted and made on the 4th of November,2022 amount to a nullity, they are, thus, liable to and hereby set aside. This is my ruling.”

The Judgement Debtor AMCON had in its Motion on Notice dated November 9, 2022, brought pursuant to Section 19(3) of AMCON Act, Section 84(1) of the Sheriff’s and Civil Process (SCP) Act prayed for an Order setting aside the Garnishee Order Nisi made on 4th November, 2022, and for such further or other order(s) as Court may deem fit to make in the circumstances.