How Sammie Okposo slumped, died while being treated for exhaustion 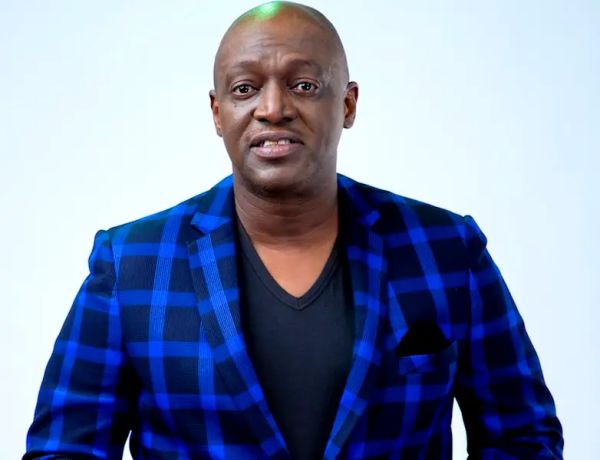 It was a black Friday for the Nigerian entertainment industry as it lost yet another prominent singer, Sammie Okposo to the cold hands of death.

Okposo, 51, died yesterday in Lagos after he reportedly slumped while he was being treated for exhaustion.

His colleague, Righteousman confirmed the sad news to Saturday Vanguard.

He described Okposo’s sudden demise as ‘tragic’, adding that the singer had also collapsed last week upon his return from his praise party concert in the UK and was being treated for exhaustion before he eventually slumped.

According to him, the ‘Welu Welu’ singer was a workaholic who hardly found time to rest.

“We should learn to take time to rest, Sammie Okposo was always working. I will personally miss him. He was a great singer who influenced a lot of young Nigerian gospel singers. I know how much I love his music. He served God and not man,” Righteousman said.

Also, reacting to the sad news, veteran actor, Richard Mofe Damijo, popularly known as RMD, shared a video he made with the late singer about a month ago in the United States on his Instagram page.

In a post, RMD said “This was exactly a month ago in the US. We spent two weeks together and fellowshipped as men. We ate, drank and teased each other. We made plans for the new year… yet here I’m struggling and looking for words to capture our relationship.”

“Sam Okpooo as I used to call you, this was not the plan. This one pained me in my heart. My prayers are with your family as you rest in power, peace and praise.”

Comedian Bovi described the palmist as he was fondly called by his fans as “ The most angelic voice I ever heard.”

Okposo’s last Instagram post was 22 hours ago before his demise. It was a video of his praise party tagged, SOPP live in Lagos, which was held on Friday, November 4, 2022.

The late singer was slated to minister, alongside other gospel singers, Eben, Chuks Praise, Joy Favour, and Victor Edit at the Outpouring Assembly International in Calabar between Friday, November 25 and Sunday, 27.

In 2020, the Delta State-born music star had a close shave with death after the propeller shaft of his car pulled off while on motion on the Third Mainland Bridge in Lagos.

Okposo, who was one of Nigeria’s renowned gospel singers, set the internet agog early this year when he took to his Instagram page to apologize to his wife, Ozioma after cheating on her with another woman in the United States in an incident that happened in 2021.

The scandal, however, took a toll on his ministry as the singer made the decision to take time off from ministry in order to retrace his steps. But he later tendered an apology, while deleting the message on Instagram and moved on with his life.

As the CEO of Zamar Entertainment, Okposo began his music career as a soundtrack producer for Nollywood in 1992. He later started the Sammie Okposo Praise Party, a platform he used to train upcoming gospel artistes. He released his first album, Addicted, in 2004. Some of his evergreen songs include, “‘Welu Welu,’ a traditional track he rendered in pidgin, ‘Naija Praise’, ‘Jump and Shout’, ‘Jehovah Idi Ebube’

Okposo also collaborated with many other artists in the gospel and soul music fields, including popular gospel singer Marvellous Odiete on “Follow You”, a song that he performed regularly in Africa, Europe, and North America, and curated a series of concerts called SOPP (Sammie Okposo Praise Party). His most recent album, The Statement (2018), was produced by the Grammy-winning Kevin Bond.