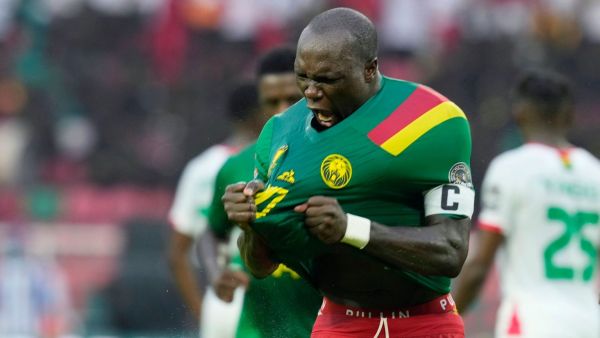 According to Gyang, Aboubakar was the star man in the contest between Cameroon and Serbia.

Aboubakar was impressive when he came off the bench as Cameroon drew with Serbia.

However, two goals from Aboubakar and Eric Maxim Choupo-Moting ensured both teams drew.

Speaking after the game, Gyang said on SuperSport: “He [Vincent Aboubakar] is the star man. Coming in, he proved his worth.

He proved he is the one who can carry the team on his shoulders, he got a goal and an assist. For me, he is the man of the match.

The result means Cameroon are in the third position in Group G with one point.

The West African giants will now face Brazil in their final Group fixture.