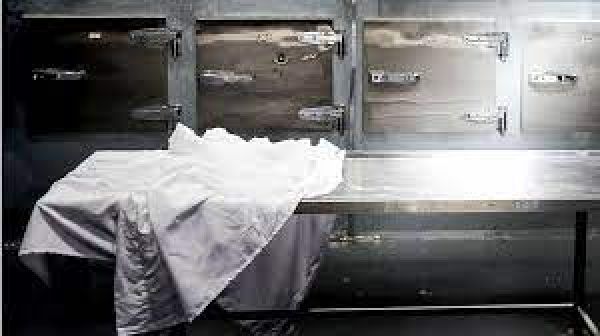 Away from the grandiose promises of politicians in these testy times of electoral campaigns in the midst of insecurity, let’s just pause for a moment and consider how parts of our country came to look like Libya where warlords determine life expectancy. I am not aware that any of the leading presidential candidates has shown us the bolts and nuts of how he hopes to fix the problem beyond the bland, “I will tackle insecurity headlong”.

How, dear candidate, are you going to do things differently? How are you going to stem this tide of decimation of young promising lives and the reduction of our populace to merchandise by hostage takers?

When the great French poet, Jean de La Fontaine, posited that, “A person often meets his destiny on the road he took to avoid it”, he couldn’t have had a certain Nigerian named Temitope Fatunmbi in mind. But fate often deals an uncanny hand; the Tarot of life can be dealt whichever way Providence chooses. You cannot run away from your shadow. The unseen hands of fate will pluck you at will.

Terrorists have encircled Nigeria. There is no state of the federation that is free of their menace. When you escape their bullets in one part of the country, other gangs are waiting for you in other parts. Indeed, there have been cases of people who were kidnapped twice within the same month. Where else are Nigerians supposed to run to when they are not safe in any part of their country?

The untimely death of any Nigerian should worry the rest of us. But we seem to shrug our shoulders and move on because we are becoming used to this state of anomie where life has been reduced to the Hobbesian State of nature.

For Citizen Temitope Fatunmbi, thunder struck twice on the same target. His family lived in the Bwari area of Abuja until last year when he had to relocate his wife and children to join him in Lagos on account of insecurity. Before then he used to shuttle to Abuja once or twice a month to see his family.

In March 2021, a gang of armed kidnappers struck. There were about thirty of them in all but only ten entered the house. They forcefully gained entry and looted the house of electronic items, clothing, money, jewellery, foodstuff and indeed anything they could carry. They then proceeded to vandalise the rest of the house, destroying whatever they could not carry.

Then they decided to abduct Temitope’s father who was visiting with his son’s family. They went from house to house, spreading misery all over the area without let or hindrance. As has become normal with such cases, there was no law enforcement presence to challenge the criminals. They abducted more victims from other houses before they made away with their loot and human cargo.

After a seven hour trek in the bush, they arrived at the kidnappers’ den. The terrorists reached out to the families of their victims demanding various sums of money. They administered severe beatings on the victims every hour and made sure to let their families know. Temitope’s 70-year-old father had been ill before the abduction. He was not allowed to take his medication with him; neither was he allowed to wear his clothes. His condition was getting worse in captivity. The family desperately sold all they had and managed to raise N4.6 million which they handed over to the terrorists on the sixth day together with cartons of beer, malt drink, milk and gsm recharge cards.

It was that terrible incident that made Temitope decide to relocate his family to Lagos so that they could all be together, away from the terrorists in Abuja.

But then, fate waylaid the family again. On a trip from Lagos to Ibadan, about 20 kilometres from their destination, two rifle-wielding ruffians emerged from the bush shooting indiscriminately. Those who have witnessed such nightmarish incidents say kidnappers don’t bother with the niceties of flagging a vehicle down; they shoot it to a stop!

Temitope was driving with his wife seated beside him. Their two children were in the back seat. Bullets were flying all around. Temitope tried as much as he could to put distance between the car and the killers, but two of the bullets found their mark and the victim did not even know until one of the children drew attention to a crimson patch at their dad’s back. He had been shot.

For a moment, he didn’t feel anything and continued trying to get away from the area as fast as possible. His wife even suggested that she would take over the steering as soon as he was able to get them to a safe place. But he was bleeding profusely. After a while, he began to lose consciousness. He lost control of the vehicle and swerved into the bush. The vehicle somersaulted.

I leave the rest of this heart-rendering story to Temitope’s widow, the woman whose children have been rendered fatherless by our collective inability to stamp out terrorism from our land.

“I picked my phone and started making calls. People coming from Ibadan who could have helped didn’t know where I was. Others were calling those they know and who were on the road to assist us, but they could not locate us also…

“On getting to the road, the drivers of vehicles I was stopping were afraid, thinking that I was a bait planted there. Blood was all over me but nobody was willing to help. At the end of the day, three Sienna vehicles stopped but they didn’t want to enter the bush. They believed I was planted there. They asked for the name of the injured person and I told them: ‘his name is Temitope Fatunmbi.  He’s my husband!’ They were calling him to come out but I said he couldn’t come as he could no longer talk…

“Later, the people heard my children’s voices from the bush. They were shouting: ‘please help our daddy!’ That was what brought the people to the place. They didn’t help the man but took the children to the road, so I ran after them. I saw a Road Safety (FRSC) bus speeding past and ran after it, shouting. The bus stopped but there was no first aid in it. It only had a stretcher, so there was nothing to stop the bleeding. We were close to Ibadan but they took us to a hospital in Ogere (Ogun State). On getting there, the doctor referred us to another hospital. The following morning, I heard about his death.”

That is how cheap human life has become in our country. We must not shirk our responsibility to the victims. They have paid the price already. Who is next? It could have been anyone on that expressway on that fateful day. The killers are all over Nigeria’s forests. The security forces know where their camps are. They make phone calls to negotiate ransom and give specific instructions about where and how their loot is to be delivered. And they do all these under the nose of the government.

The fate that befell Fatunmbi is shared by thousands of Nigerians in Zamfara, Niger, Kaduna, Enugu and many other states. There is a long line of widows and distraught families nationwide.

Let it not be said that it is only when the high and mighty are fallen by the bullets of terrorists that the society rolls out elegies. Let the widow-makers populating our forests not think that we have all accepted our fate as fair game for professional killers and kidnappers. I mourn Temitope Fatunmbi as I would mourn a king. He was a king to have relocated his family back to Lagos, away from terrorists in Abuja. He was a king to have tried to get away from another platoon of the same vermin on Lagos-Ibadan expressway.

Now the king is dead. Long live the king.

As death stalks the land, many disconsolate people are asking: If God, why evil?