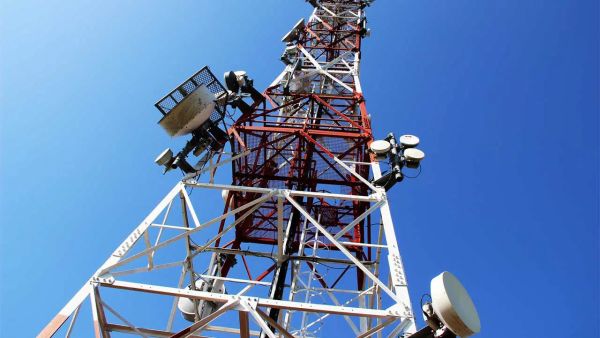 The Association of Telecommunications Companies of Nigeria (ATCON) has declared that it is ready and capable to transmit the results of the 2023 general election electronically.
According to the association, the quality of telecoms architecture available in the country can make the transmission of results possible during the polls.

Naija News reports that the Chief Operating Officer (COO) of the association, Ajibola Olude told Punch that contrary to the fears from some quarters, the nation’s telecommunication infrastructure had matured to the level it could transmit election results in 2023.

ATCON is an umbrella body for all the telecom companies in Nigeria, including MTN, Airtel, 9Mobile, Glo and other operators.

The assurance from telecoms in the country on their capability to deploy the BVAS technology as well as transmit election results electronically followed fears from the camp of All Progressives Congress ( APC) leadership on the BVAS and e-transmission of results.

Also, the APC National Organising Secretary, Suleiman Argungu, expressed fears saying stable power supply might be one of the obstacles facing the innovation.

The stand of the APC leadership over the technology had drawn several criticisms from Nigerians and other political parties like the Labour Party.

The APC national chairman, and the organising secretary however cleared the air saying even though it had reservations about the innovation, it didn’t suggest for it not to be deployed.

Adam had said in a statement by the APC spokesman, Felix Morka that “At a meeting with the Commonwealth pre-election delegation, yesterday, Wednesday, November 23, 2022, in response to a question regarding the country’s preparations for next year’s election, the national chairman noted that while preparations were in top gear, he tasked INEC to take effective steps to bridge any gaps that may be created by electricity and telecommunications network challenges in certain outlying voting districts in the country to ensure a smooth and successful deployment of BVAS and other technologies to ensure free and transparent elections.”

Naija News however gathered that the COO of ATCON revealed that the Nigerian Communications Commission (NCC) has been pursuing rural telephony vigorously to ensure national coverage before the election.

Olude submitted that areas that did not have Internet access could use Short Message Service (SMS) technology to send results in real-time, noting that there would not be a problem using the telecommunication network to transmit election results.

He pointed out that “We are ready for electronic transmission of results. Our network has matured to the level that it can be used for result transmission. As regards the access gap, you can see that the NCC has been pursuing rural telephony vigorously.

“We have the technology, and our network is mature enough to be used for poll results transmission. Areas that do not have the Internet can use SMS technology to send results in real-time to probably the capital of the state to update the result. I don’t think there will be a problem using a telecommunication network to transmit election results.”

Meanwhile, a senior NCC official, who pleased anonymity confided in Punch about how the commission is working with telecommunications companies to ensure that the needed infrastructure is in place before the election.

The source disclosed that even though there is no direct collaboration between INEC and the NCC at the moment, the communication agency is working to ensure that telecoms infrastructure is in good shape before, during and after the election.

According to him, there is a designated infrastructure used by INEC for the electronic transmission of results which would ride on the platform of telecom operators.

Naija New learnt that the source said, “To the best of my knowledge, I don’t think NCC has any collaboration with INEC. What NCC is doing is ensuring that telecoms infrastructure is in good shape before, during, and after the election. This would ensure that the electorate can communicate easily during that time.

Also, an official in one of the telecommunications companies in the country who pleaded anonymity told Punch that “Most parts of Nigeria are ready for electronic transmission of poll results and the parts that are not ready can improvise. People say we are not ready to have an agenda.

“They can improvise by using SMS to fill the last mile gap. There is no part of this country now where people do not have phones, no matter how remote. So, even if they are not on the Internet, you can send an SMS to them.

‘’So, when SMS is sent to where there is the Internet, it will take the last mile. But there is no part in this country that is totally cut off from telecommunications service.”