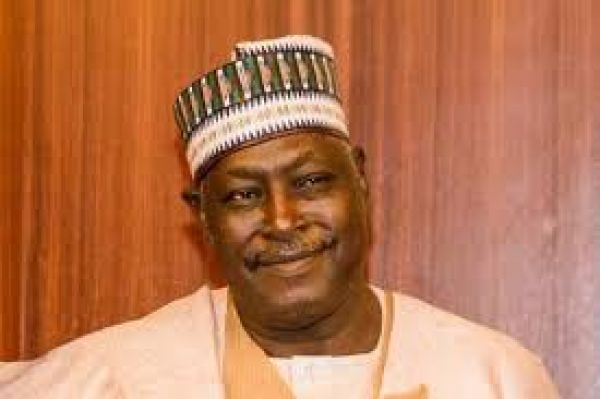 Former Secretary to the Government of the Federation, Babachir Lawal, has backed the presidential candidate of the Peoples Democratic Party (PDP), Atiku Abubakar.

In an interview with the BBC on Wednesday, Lawal disclosed that he is no longer supporting the APC presidential candidate, Bola Ahmed Tinubu, for the Presidency in 2023.

The former SGF claimed that the opposition PDP had a discussion with the All Progressives Congress (APC) Christian leaders and the opposition party agreed to their demands.

He added that the Labour Party also tried to convince him and other aggrieved members to work for the party, but decided to support Atiku and the PDP.

The APC chieftain asserted that Tinubu will not win the forthcoming presidential election as a result of the Muslim-Muslim ticket fielded by the ruling party.

Lawal said he and others backed Tinubu to emerge as the APC flagbearer, but they later realized he had been hiding his decision to pick a Muslim running mate from them.

“It is Bola who did not want to go with us, he chose where he wants to go, and we told him that we will not vote for him if he did a Muslim-Muslim ticket.

“PDP (Peoples Democratic Party) discussed with us and they agreed to do what we want if we support them and we agreed to support them.

“You see the problem of the northerners, if you say you are a Christian, it is difficult for us to get a job.

I Will Still Remain In APC

The former SGF maintained that he is still a member of the APC but he and some Christain elders in the ruling party would not support Tinubu.

Lawal said he was bothered of being accused of anti-party conduct and being insulted, stating that he joined politics because of President Muhammadu Buhari.

“If Buhari leaves politics, I will also leave because I joined politics because of him,” he said.

Tinubu Refused To Meet Us

When he was asked whether they tried to reach Tinubu to discuss the issue, Lawal said the APC candidate should be the one to meet the aggrieved party members.

“The discrimination shown to Christians in the North is too much for them, and you still went ahead to do Muslim-Muslim ticket; that is double blows on us.”