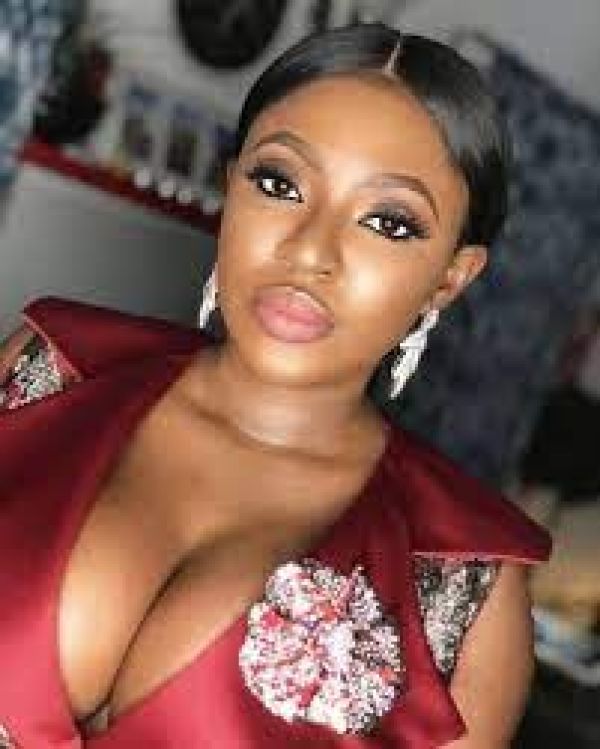 Yvonne Jegede, the Nollywood actress, has accused Olakunle ‘Abounce’ Fawole, her ex-husband, of being a deadbeat father.

The actress spoke about her failed marriage during a show hosted by Mercy Johnson Okojie.

Jegede said nothing significant was the cause of their divorce.

She said despite having a “solid friendship” before marriage, they weren’t just compatible and “were on different pages”.

“It didn’t work out and we can’t force it. I really don’t want to talk about the problem we had but honestly, it wasn’t worth splitting over. I think we were on different pages, we were not even reading the same book in the first place,” she said.

“He is a very good guy with a good mind, sympathy and that’s why I married him. But I guess he is not the right person for me so we had to go our separate ways.

“I already saw we both don’t have a future together so I had to leave. I didn’t go through anything though because he didn’t beat me, he did nothing.

“Olakunle and I don’t talk anymore. I don’t know the reason for that because he had a solid friendship aside from the marriage.”

She said the first and last time he asked about his son was when the boy was 5 months old — when she threatened not to use his name as the boy’s surname.

She added that despite reaching out to him, he still didn’t come to check up on his son.

“The first time he publicly accepted and carried the son was when he was 5 months old. I gave him an ultimatum that I will remove his surname if the boy turns 5 and he doesn’t show up,” she said.

“I had given my son a compound name, Xavier Jegede Fawole, and I threatened that I will remove the Fawole and leave just the Jegede since I individually raised him.

“Since that day he never called. He doesn’t wish him a happy birthday on his birthdays. He doesn’t call him to ask about his well-being.

“Your gift is in my hand yet you don’t care. You see, one moment I dreaded the most is for my child to wake up one day and ask where is my father and it has happened.

“That day he (the son) asked, I had to send messages to his siblings to ask him to come and check up on him but it yielded no result.

“However, my house is open for him to come to check on his son but he clearly doesn’t want to. My father went for father’s day to represent him the other day, it was quite painful. But he doesn’t want to be involved in his son’s life so I’m going to raise my son myself.”

The movie star got married to Fawole in 2017 after their ten-year-long relationship.

In 2019, Jegede confirmed that she is no longer with her ex-husband.