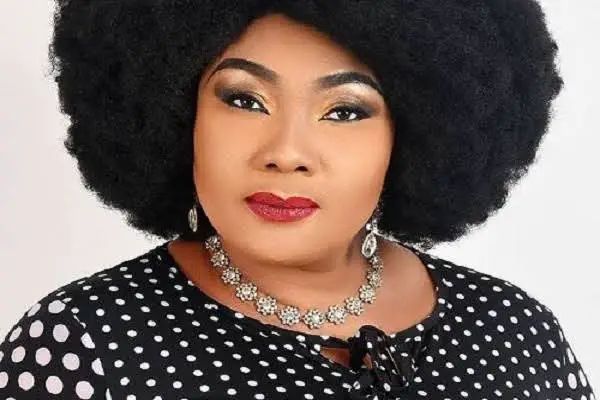 Eucharia Anunobi, a veteran Nollywood actress, has said Nigerians who have not gotten their Permanent Voters Cards (PVCs) are “anti-Christ.”

In a video posted on Tiktok, Anunobi, who is also an evangelist, described her concept of an “anti-Christ” as “persons or movement vehemently against the terms of Jesus Christ and all movements encouraging the people to live a lie and turn against the truth.”

The movie star also described politicians who make promises and fail to deliver on them as an ‘anti-Christ’.

“If you are a Nigerian and you have been complaining that Nigeria is in a mess and you’ve not gotten your PVC to vote in the coming election, you are an anti-Christ.

“If you are a politician and you have no intention to redeem your promises of alleviating the people’s pain you are an anti-Christ.

“If you are a husband or wife snatcher, sleeping with the same gender or same-sex marriage you are an anti-Christ. Of course, you are familiar with anti-Christ – persons or movements vehemently against a gospel being preached.

“An action stopping people from following the terms of Jesus Christ and being a Christian – all movement encouraging the people to live a lie and turn against the truth. As for me, myself, and I; I’m obedient, I’ve gotten my PVC ready to vote. I am not an anti-Christ,” she said.

Born on 27 May 1965, the iconic thespian was nominated at the 2020 Africa Magic Viewers’ Choice Awards for Best Supporting Actress in a Movie or TV Series.

Anunobi was born in Owerri, Imo State, and went on to complete her primary and secondary school education there before proceeding to the Institute of Management Technology, Enugu where she graduated with a National Diploma in Mass Communication.

She also holds a Bachelor of Arts degree after studying English Language at the University of Nigeria, Nsukka. The screen diva came into the limelight for her role in the movie series Glamour Girls II in 1996 and has gone on to star in over 90 movies including Abuja Connection and Letters to a Stranger.

The actress is currently serving as an evangelist at a church in Egbeda, Lagos State. Sadly, Anunobi lost her only son, Raymond, whom she described as her best friend to complications arising from sickle cell anaemia on 22 August 2017. He was aged 15.