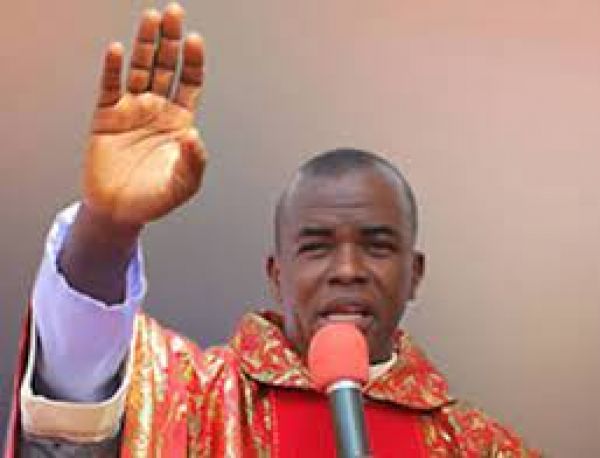 The attempt followed the announcement of Amadi as new Spiritual Director of Adoration Ministries Enugu Nigeria (AMEN) by the Catholic Church authorities.

It reportedly took the intervention of AMEN security personnel to restore order and guide the new leader to safety.

Mbaka on Sunday evening announced his redeployment which was greeted with outrage by the worshippers.

Announcing his redeployment, Mbaka said: “So, while I proceed to the monastery to continue with the remaining disciplinary exercises, as directed; I wouldn’t know how long; but the church has appointed Fr Anthony Amadi, one of us, to be overseeing all affairs of the ministry, to be assisted by other priests, pending my return, by the grace of God.”

It was gathered Mbaka had barely mentioned the new priest’s name when the congregation erupted into shouting “we say no, we say no, we no gree” and started carrying green leaves, forcing him to quickly conclude the Mass.