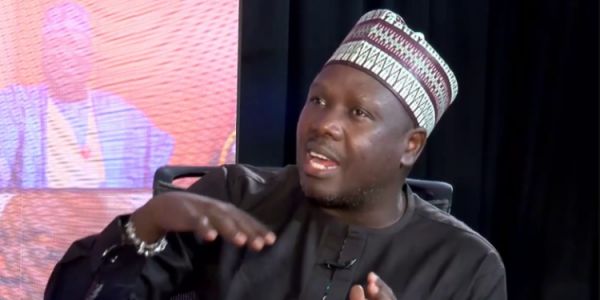 Daniel Bwala, a spokesperson for the Atiku Abubakar presidential campaign, says governor Nyesom Wike does not abide by the principles fairness and equity he mouths at every given opportunity.

Over the past weeks, the PDP has been embroiled in internal strife as Wike and his allies doubled down on their call for the resignation of Iyorchia Ayu, the party’s national chairman.

The crisis in the party took a new turn on Friday when Wike, during a media chat, claimed that Ayu received N1 billion from one of the presidential hopefuls in the party. .

Speaking during an interview on Channels Friday, Bwala said Wike scuttled efforts to have the presidential ticket zoned to the South East because he wanted to contest the presidency.

He added that everyone who does not share Wike’s sentiment and align with him on any given issue is labeled a betrayal.

“In the past, he mentioned people like the entire governors of the south-south, when he said his own brothers betrayed him,” he said.

“Before then, he had also said governors in the south-east betrayed him at some point.

“He had in the past said David Umahi and Ben Ayade who left the party for APC betrayed him. It appears to me that everybody around him has betrayed him as long as he does not have his way.

“If I take you back memory lane, you will agree with me that all the past chairmen, at least three or four, he brought them and there were times when he had a problem with them, he insisted that they had to go. So, why is it that everybody is betraying you in life?

“Political party is a party for everyone. Let me tell you something about life, because he is a Christian. I will probably have the luxury of quoting the scripture, otherwise, I will consider the sensitivity”