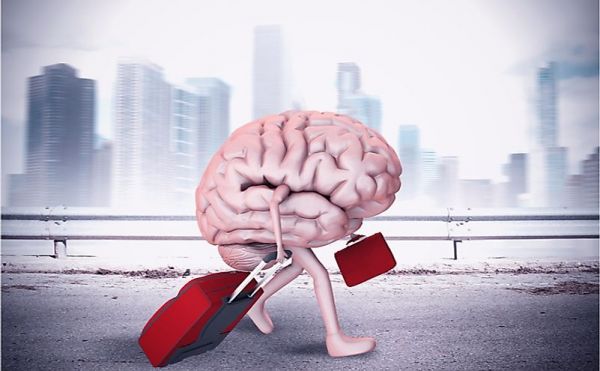 Nigeria is strategically positioned to supply specialist labour to the global market given the prevalence of brain capital in the economy, PricewaterhouseCoopers (PwC), observes.

PwC noted this in a new report titled: “Nigerian Brain Exports: The Optimal Path to Growing the Nigerian Economy”, which stated that Nigeria has great potential as a nation for exporting brain capital.

Brain capital is a measure of brain health and skills encompassing emotional, behavioural and cognitive health across an individual’s lifespan, according to the OECD.

Brain capital is essential in today’s increasingly digitized and global economy since it is brain skills like creativity, intellect, systems thinking, and more that lead to innovation, which is a quantifiable and essential “deliverable” of worker productivity.

What PwC is saying

The report states that “Nigeria has a significant brain capital advantage with a large youthful population of an average age of 19 years. Considering the ageing population in countries such as Germany, Japan, Italy and the United States, it is estimated that the worldwide working-age population will see a 10% decline by 2060.”

According to PwC, that data suggests that Nigeria can supply labour to the world. The report said, “Japan tops this list with 28% of its population above 65 and Italy comes second with 23%. In contrast, only 2.7% of the Nigerian population is above 65. That means Nigeria is strategically positioned to supply labour to the global market, a strong comparative advantage.”

According to the report, Nigeria has enormous potential for exporting brain capital. PWC stated that to achieve this, the nation must concentrate on integrating its sizable brain capital base into global value chains (GVCs) to provide high-value-added services and generate foreign exchange.

The report said, “The export of high-value-added services is already happening, as we have seen in high skill areas like music and football and it is growing fast. It is also happening with both local companies (like Outsource Global, Rovedana and Lonadek) and global companies setting up in Nigeria (like Microsoft-Tek Experts and iSON Xperiences).”

PwC added that the trend is equally growing at an individual level, as increasingly we see lone Nigerians, in Nigeria, hired to work for international firms at global or close to global incomes.

The report said, “These lone brain exports have not needed government intervention and this is one strong reason the high-end service value chain proposal is likely to be very effective.”