Why EFCC Is After Me – Mompha

Internet celebrity, Ismaila Mustapha, popularly known as Mompha, has alleged that he was declared wanted by the Economic and Financial Crimes Commission (EFCC) because he refused to succumb to the alleged blackmail by the Commission.

Mompha, who has been battling with the EFCC over alleged money laundering allegations against, was declared wanted by the EFCC for failing to appear in court to continue his trial.

The EFCC had called on members of the public with useful information on his whereabouts to contact the nearest police station.

But, reacting to the EFCC declaration, Mompha, in a long post on his Twitter handle on Thursday, titled:  “MOMPHA wanted by the EFCC – the true story”, said the international court will eventually handle his case.

Mompha wrote: “After my arrest and arraignment on the first case at the federal high court Lagos, on the 10th of December 2021, the court gave me judgment and ordered EFCC to release my wrist watches and other valuables in their custody to me for been unlawfully seized. Being a bitter agency, the EFCC in dissatisfaction with the judgment of the court on the release of my wristwatches came up with another trumped up charges against me.

“On the 10th of January, 2022 while I was at there office at Okotie Eboh to retrieve my wristwatches in compliance with the judgment of the court and immediately after collecting my wristwatches, they held me down at their office and charged me to court the following day on the frivolous charges. 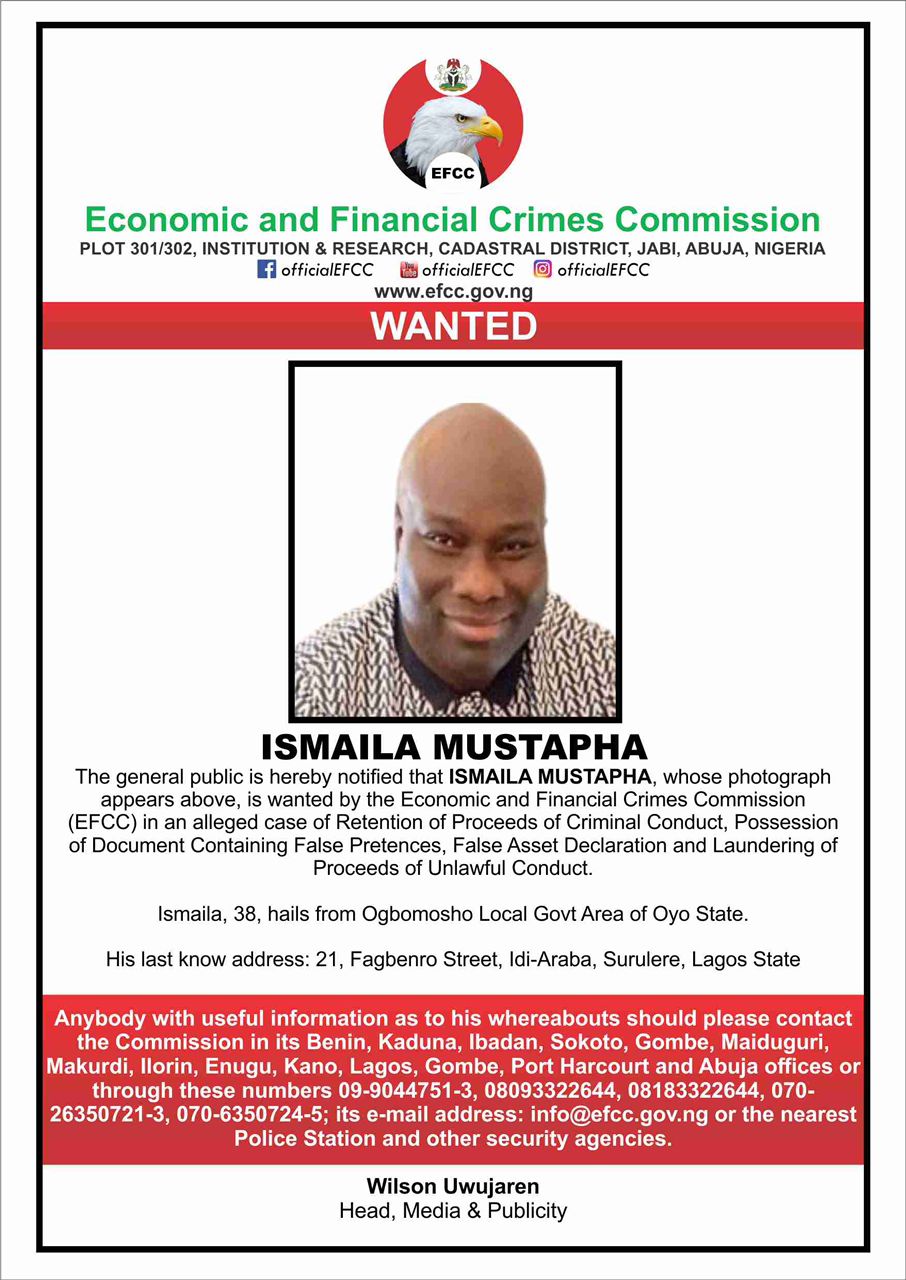 “I was arraigned before a familiar Judge to the EFCC and in effect I was given a very difficult bail to meet as a result of which I ended up spending over two months in prison custody while making efforts to meet the difficult bail.

“Upon my release I traveled outside Nigeria to check on the welfare and wellbeing of my family and returned to Nigeria shortly only for the EFCC corrupt lawyer, (name witheld) rather than focus on the establishing his criminal case against me chose to capitalize on the fact that I travelled to blackmail me into entering plea bargain with EFCC else he would inform the judge I travelled and ensure my bail is revoked therefore making me have no choice than to dance to his tune.”

He alleged that when it became obvious to EFCC that he wasn’t going to sign the plea bargain and play to their game, they informed the judge that he travelled and the judge revoked his bail, which has resulted to him being declared wanted by the anti-graft agency.