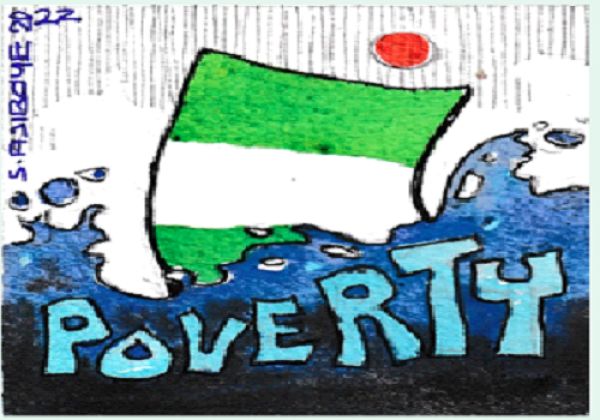 Some states yesterday said they were doing their best to tackle poverty in rural areas.

They were reacting to the claim by Minister of State for Budget and National Planning, Clement Agba, that states were not doing enough to address deprivation.

Speaking with reporters on Wednesday after the Federal Executive Council (FEC) meeting, the minister said rather than complement social intervention initiatives aimed at reducing poverty, the states misdirect resources to projects that have no direct bearing on the people.

While some of the states absolved themselves of blame, others declined comments when our correspondents contacted some of the officials.

Ondo Commissioner for Information and Orientation, Mrs Bamidele Ademola-Olateju, said a recent report by the National Bureau of Statistics (NBS) placed the state as having the lowest percentage of households deprived of education, monetary poverty, and basic infrastructure.

“We are flying high in Ondo State. The comments do not apply to us.

“The administration of Governor Akeredolu is committed to lifting people out of poverty, securing the lives and property of Ondo residents and ensuring that we build a better economy for everyone in the state. We are aiming higher.”

“Abia State is third on the list of least poverty-stricken states released by the Federal Government.

“The multi-dimensional index released by the NBS placed Abia at No.3 of least poverty-stricken states.

“What it means is that Abia is making a huge impact economically and the administration of Ikpeazu is repositioning Abia.

“Majority of our projects are deliberately and carefully designed to achieve positive macro and micro impacts.”

He said his administration has been delivering people-oriented projects, including roads to link agricultural communities to nearby markets.

The governor, who spoke while inaugurating the first road to Rumuodogo, a set of communities that had never had a tarred road in Emohua Local Government Area, said the minister should have investigated his claims before making them.

He said the road to Rumuodogo was evidence that his administration had been constructing rural roads to boost agriculture.

Wike said: “I watched one of the ministers on TV. When they go on television they open their mouth and talk anyhow. He said governors were the problem because they don’t do rural roads.

“You have not been anywhere to go and check whether the rural roads are being done or not and you open your mouth because you have the opportunity as a minister to talk anyhow.

“Come to Rivers and see whether we are doing roads that will lead to agricultural communities before you open your mouth.

Yobe State Governor Mai Mala Buni’s spokeswoman, Mamman Mohammed, said it was wrong for the minister to make such a general statement.

According to him, Yobe’s investment in the Cargo Airport will bring foreign investment that will rub off on rural communities.

“The minister, unfortunately, made a general statement not minding the peculiarities of the individual states.

“In Yobe for instance, the government has trained quite a number of youth in various trades like automobile repairs, interlocking, paint making, metal work and others.

“In our case, the construction of a cargo airport would turn around the economy of the state,” Mamman said.

Commissioner for Information, Charles Aniagwu, said it was unhelpful for the minister to play the blame game.

He said: “I think at this point in time, it will not be healthy for anybody whether at the state or federal level, to be looking for who to blame for the challenges we have.

“What is most important is that we need a concerted effort to be able to deal with the very multi-dimensional level of poverty in our country.

“At the federal level, their policies, rather than take people out of poverty, pushed them more into poverty.”

He said: “Yes, we are building bridges and flyovers and roads but if you look at what is happening in Ebonyi, we are investing resources in the rural roads.

“We are one of the states that are interconnected to the state capital by all the local governments.

“There is no local government that does not have access roads to the state capital.

“So we may not be among the states that are concentrating development at the centre because every part of the state has a fair share of development and we have the evidence. It is verifiable. The facts are there.”

On the airport, the commissioner added: “There are benefits that will accrue to Ebonyi and the people of the state from the airport.”

Oguike Nwachuku, the spokesman of Governor Hope Uzodimma, said Imo was not one of the states the minister was referring to.

“If he (minister) had narrowed it down to Plateau, I would have reacted.”.

Anambra State Commissioner for Information, Paul Nwosu, did not pick up his calls.