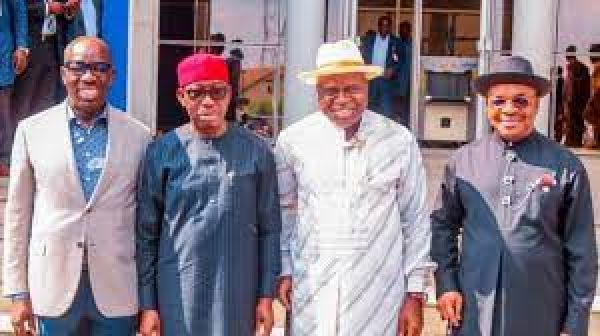 Four governors on the platform of the Peoples Democratic Party (PDP), on Wednesday, met in Bayelsa to discuss “issues of urgent national interest”.

The governors at the Wednesday meeting are Ifeanyi Okowa of Delta, Godwin Obaseki of Edo, Duoye Diri of Bayelsa, and Udom Emmanuel of Akwa Ibom.

In a post on his social media handles after the meeting, Okowa, who is also the PDP vice-presidential candidate, said the governors will work towards reconciling all “key leaders” in the party ahead of the 2023 elections.

“Today, 4 of the 6 South South Governors met in Bayelsa State to discuss issues of urgent national interest. One of the key issues that came up was the fact that all the Governors in attendance are fully aligned with the PDP’s mission to #RecoverNigeria for all Nigerians,” the post reads.

“Make no mistake, the PDP is one family. This is is why I am optimistic that in the near future, we will reconcile and consolidate all our key leaders and stakeholders ahead of the 2023 General Election.”

The meeting of the four PDP governors comes amid crisis in the party, which has resulted in five other governors excluding themselves from the PDP presidential campaign.

The five governors — Nyesom Wike of Rivers, Seyi Makinde of Oyo, Ifeanyi Ugwuanyi of Enugu, Okezie Ikpeazu of Abia, and Samuel Ortom of Benue — now referred to as the G5, are among stakeholders calling for the resignation of Iyorchia Ayu as PDP national chairman.

Wike, who is at the forefront of the clamour for Ayu’s resignation, had recently hosted presidential candidates of the Labour Party (LP) and New Nigeria Peoples Party (NNPP), and promised them logistics support.

The Bayelsa meeting also comes hours after Dave Umahi, governor of Ebonyi, asked Wike to remain committed to an earlier resolution by southern governors on supporting a southerner for the presidency. 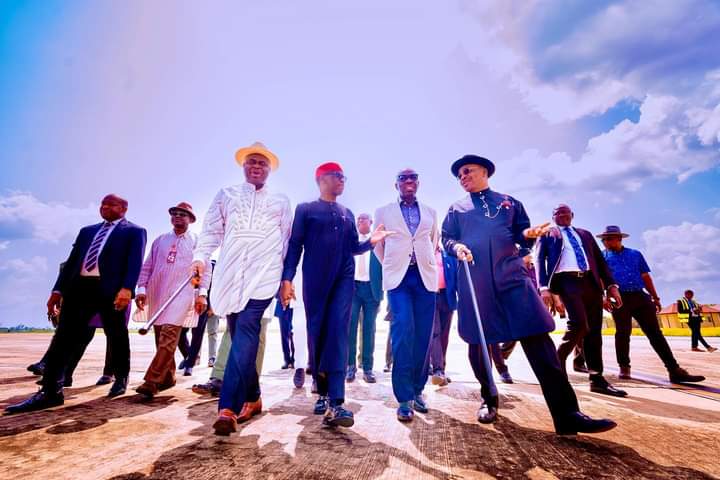 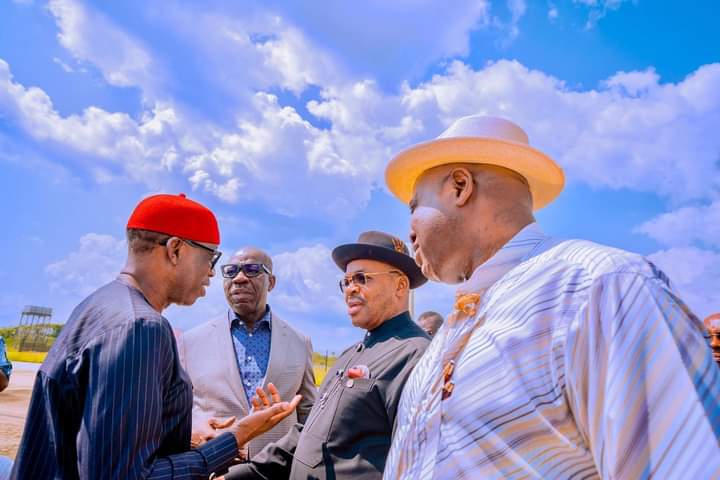 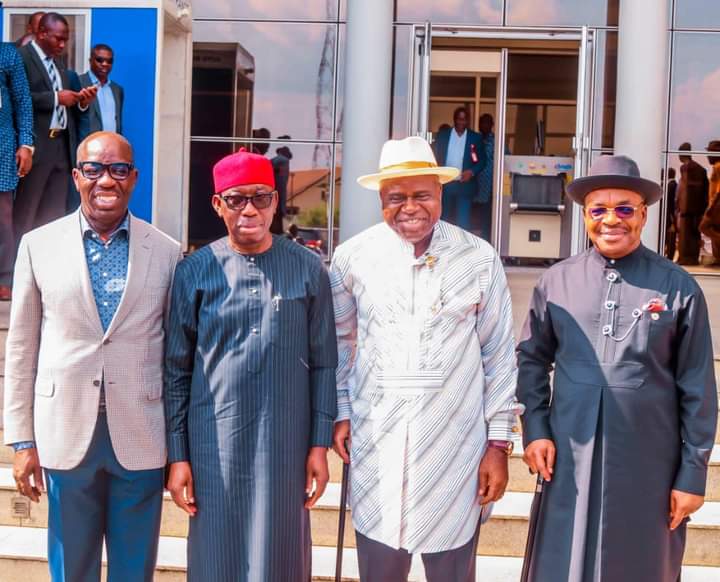