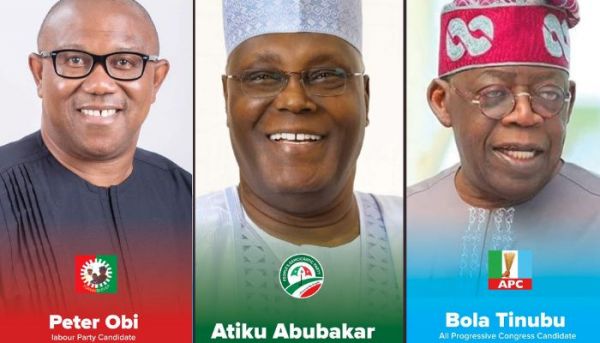 The Independent National Electoral Commission, INEC has published eighteen names that are jostling for the number one seat in Nigeria.

The independent body has listed the candidate of the All Progressives Congress, APC, Bola Ahmed Tinubu, Alhaji Atiku Abubakar of the Peoples Democratic Party, PDP, Mr Peter Obi of Labour Party, LP, others as the Presidential candidates for the forthcoming 2023 election.

The circular released by the electoral body on Tuesday, captured the origin, age, and other details of the candidates.

Tinubu as it was rightly captured in the circular is seventy years old (70), as against the hypothetical submission of the renowned flutist and former President of the Performing Musicians Association of Nigeria, PMAN, Tee Mac Omatshola Iseli.

Tee had alleged that Tinubu was older than he claimed to be. Tee Mac, who revealed that he was an in-law to Tinubu, noted that the former Lagos governor was 86 years and not 70.

But seeing the report of INEC today, the case has come to an end. In his qualification, the independent body wrote, BSC in Business Administration.

The candidate of the PDP, Atiku is 75 and presented GCE, Masters. His running mate Okowa Arthur Ifeanyi is 63 and presented HSC MBBS.