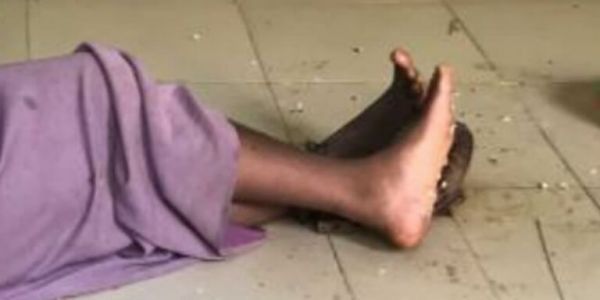 Three herdsmen have allegedly raped a 14-year-old girl in Kwarra community, in the Wamba Local Government Area of Nasarawa State.

According to PUNCH, a source in the community said that the herdsmen, who were armed with knives and other sharp objects on Monday night, invaded the residence of the girl and forcefully took her to a bush where she was allegedly raped to coma.

He said, “Three herdsmen came to the girl’s house and forcefully took her to a bush and gang-raped her till she passed out. They were carrying knives and sharp objects capable of killing a person. They stabbed and raped her to coma.

“It is unfortunate that she couldn’t get help from anyone while the dastardly act was going on.”

The state Police Public Relations Officer, DSP Ramhan Nansel, who confirmed the incident said two herdsmen have been arrested in connection to the crime.

He said, “What happened in the Kwarra community of Wamba LGA is indeed a sad situation. The girl was at her family house on Monday night when two herdsmen who are residents of the community, Umar Shehu, 19, and Dare Bello, 18, went to their house and took her to a bush were she was gang-raped.

“The herdsmen were armed with cutlasses and sticks, and they were able to carry out the act because the girl’s father was sick, and there was no other person to help her at that time.

“But as soon as the information got to the police, we quickly mobilised our officers to rescue the girl and arrest the perpetrators of the act.

“When our officers got to the scene of the crime, the girl was immediately taken to a hospital for treatment and based on the available information at my disposal, two herdsmen have been arrested in connection to the crime.”

Nansel said state the Commissioner of Police, Adesina Soyemi, had directed that the case be transferred to the State Criminal Investigation Department, Lafia, for further investigation, after which the suspects would be charged to court for prosecution.