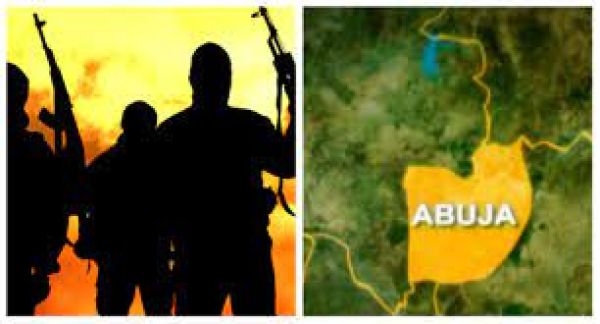 Armed men, suspected to be bandits, have abducted a serving Youth Corps member, one Adenike and seven others while killing one resident in the process when they attacked the Arab Road Extension 2 neighbourhood in Kubwa district of Abuja late Tuesday night.

Though the Police was yet to confirm or speak on the incident after messages were sent to the FCT Police spokesperson, DSP Josephine Adeh, neighbours and sources within the area said Adenike, who is the only daughter of her parents, was abducted when the bandits stormed some buildings along the Arab Road, shooting sporadically and whisking away any resident they could lay their hands on.

Other two persons were said to have been hit by the gunshots resulting in one allegedly dying on the spot while the other was rushed to the hospital, while the bandits abducted some other persons.

The bandits were said to have gained entrance into the Arab Road extension from a hill around the neighborhood.

The neighbours said the bandits may have resorted to using the hilly area to gain entrance into the street to avoid the Vigilantes, who are stationed in the popular entrance of the street, to a fight back.

The neighbours, who wouldn’t want to be quoted for fear of their safety, said they were looking for seven other residents.

“Nobody can sleep anymore. It was like a war zone the way they were shooting. Luckily two of those kidnapped escaped. That is how we knew seven persons were taken away,” a resident said.

They further said the bandits moved from Amilomania Street to Toyin Street, all in Extension 2 Relocation, along Arab Road, in Kubwa.

On the dead victim, a neighbour said he was a popular tailor in the area.