Should We Shy Away From The Truth? – Actress Regina Asika Reacts As Alex Ekubo Berates Her Over Dbanj’s Arrest 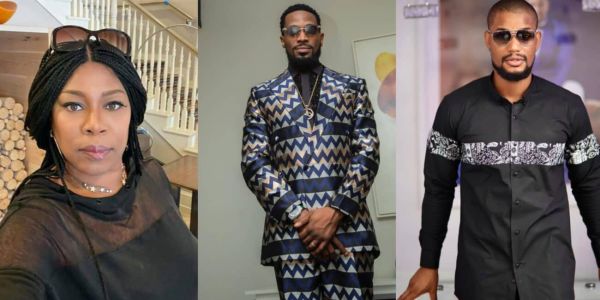 Veteran Nollywood actress, Regina Asika has reacted after her colleague, Alex Ekubo cautioned her for posting the arrest of Nigerian singer, Dbanj.

Naia News earlier reported that the ICPC had on Wednesday confirmed that Dbanj was in its custody to help with investigations relating to Npower fraud.

Many had speculated that the internationally renowned musician was arrested by the anti-graft agency for conniving with some government officials to commit fraud.

But in a statement on Wednesday, D’banj’s legal representatives, Law Corridor, dismissed reports of any arrest.

According to the statement signed by Maryam El-yakub Musa, the musician voluntarily went to the ICPC office after an invitation was sent to him.

I Don’t Care About Liked Or Love

Following the arrest reports which made the rounds online, Nigerian American-based actress, Regina Asika, took to her Instagram page to share the news accompanied by a photo of Dbanj.

Reacting, Alex Ekubo reached out to the actress, saying it was wrong to share such a post on her page especially when the report is unconfirmed.

However, Regina pointed out that the news of the arrest is everywhere and someone from the press also sent her the news.

According to her, she is unbothered about losing goodwill because of Dbanj’s post and there is no need to shy away from the truth because of backlashes online.

Alex further urged Regina to desist from sharing negative reports about entertainers either confirmed or unconfirmed.

See the conversation below: