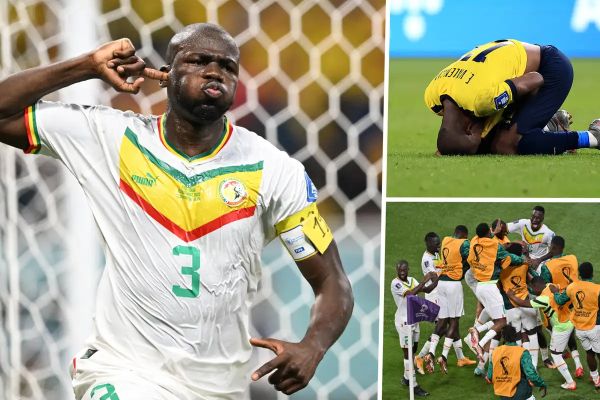 Senegal qualified for the round of 16 at the Qatar 2022 FIFA World Cup following a 2-1 win over Ecuador on Tuesday.

The Teranga Lions, AFCON 2021 champions, scored in each half through Ismaila Sarr and Kalidou Koulibaly respectively to become the first African nation to make it out of the group stage at this year’s World Cup.

Senegal also become the first African nation to reach the knockout phase since 2014.

Moises Caicedo scored Ecuador’s solitary goal as the South Americans crashed out of the football Mundial.

Senegal finished second in Group A with six points, one point behind the Netherlands, the group winners who strolled past hosts Qatar, thanks to goals from Cody Gapko and Frenkie de Jong.