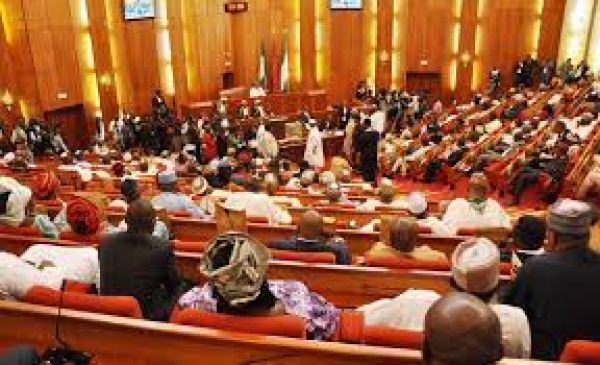 The Senate has threatened 100 agencies of the Federal Government with zero budget allocation in 2023 for not honouring invitations of its committee on Public Accounts on queries slammed on them by the Office of Auditor General of the Federation.

It also reserved debates on plans by the Central Bank of Nigeria (CBN) to limit cash withdrawal by any individual to N100,000 and Corporate bodies to N500,000 per week from January 9, 2023.

The stance of the Senate on the affected 100 agencies which include the State House, Presidential Fleet, Ministry of Finance, Army, Navy, Airforce, Police, the Independent National Electoral Commission ( INEC ) etc, was sequel to complaint lodged against them by Chairman, Senate Committee on Public Accounts, Mathew Urhoghide.

He had through orders 42 and 95 of the Senate Standing Rules, rose to complain on alleged recalcitrance of heads of the affected agencies to honour invitations sent to them by his committee for required appearance before it on queries raised against them by Office of Auditor General of the Federation as regards financial infractions observed in their yearly budgetary implementations.

Urhoghide, who hinged his complaints on provisions of sections 62, 88 and 89 of the 1999 Constitution, said heads of the affected agencies failed to honour several invitations sent to them to answer queries raised against them in Audit reports forwarded to the Committee by Auditor General of the Federation.

“Mr. President, heads of agencies totalling about 100, indicted in various audit reports forwarded to the Public Account Committee by Office of Auditor General of the Federation in line with provisions of sections 62, 88 and 89 of the 1999 Constitution, have repeatedly failed to appear before us.

“This, to us, is against the Constitution and policy of accountability and transparency of the federal government. I crave your indulgence that we invite through your order either by way of warrant of arrest or anything so that these agencies can comes that we can complete our report and submit to this Senate,” he said.

Miffed by the submission , the President of the Senate, Ahmad Lawan, requested for the list of the affected agencies, read them out to all Senators and ordered that they should appear before the committee within one week or risk zero budget allocation in 2023 as far as capital expenditure component is concerned.

“Your point of order are sustained fully and completely, totally sustained, you are right on the dot to bring to the plenary your grievances.

“Reading this list at plenary gives the agencies opportunity to now know if they were not aware before for those that may claim ignorance and I am taking the opportunity here to advise that in the next one week if the name of any agency is here that agency should reach the committee on public account of the Senate to sort our when the agency would appear before the committee.

“If there is no communication whatsoever and no cogent and verifiable reason are given , we will Slash the budget of the agencies as far as capital component is concerned.

“Heads of the affected agencies must take this very seriously because any serving public officer must be ready to render accounts on public funds and if not ready to do so, should quit , since nobody should be above the law,” he thundered.

Trouble for the planned N100, 000 withdrawal per person per week came through an attempted motion by Senator Philip Tanimu Aduda.

Senator Aduda in the aborted motion sought for debate from all senators on the planned policy before the Senate President, Ahmad Lawan, interrupted him that it was too early to debate the policy.

According to Lawan,  “As good as the cashless policy may be, it shouldn’t be jumped at, at once. The way CBN is going about the policy , many Nigerians would be cut off and that won’t be accepted.

“Motion on the policy will be thoroughly debated in Senate on Tuesday next week after adequate information has been gotten on it.

“Before Tuesday next week, our committee on Banking , Insurance and other Financial Institutions mandated to screen the re-appointed Deputy Governors of Central Bank , should focus its questions on the planned policy.

“The CBN deputy governors must be thoroughly grilled on the policy after which extensive debate on it will be made by Senators on Tuesday next week.”