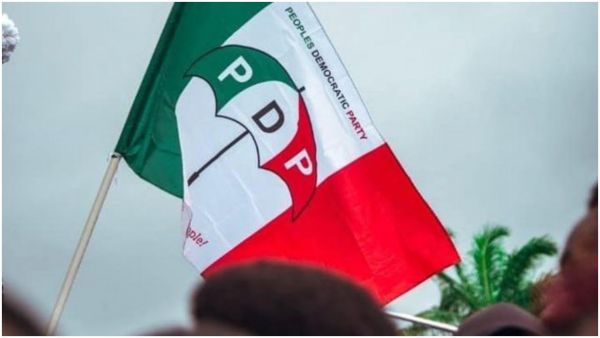 Sunday Vanguard was in an undated with conflicting views over the matter which some allege is a financial scandal that has further dragged the party’s reputation in the mud.

While some party chieftains insist that the housing allowance was legitimate others argue to the contrary.

“It was the National Chairman who had to put his foot down, insisting that there were bigger issues to be addressed first.

“I recall that some of the people returning money today were the most vociferous advocates for these payments to be made.

I left the NWC about three months ago.”

Speaking in a similar vein, a former National Publicity Secretary of the party, Kola Ologbondiyan, argued that some persons were simply trying to call a dog a bad name in order to hang it.

He said, “There is no scandal as some detractors of our party are trying to make Nigerians believe, members of our NWC are not paid salaries, the housing allowance in question was what was discussed and agreed upon before it was released.”

Ologbondiyan said those who chose to return the money were at liberty to do so because it was within their rights. He however queried the undue politicization of the issue.

However, another former member of the party leadership, Diran Odeyemi, disagrees.

He argued that apart from the fact that the funds were taken from monies ordinarily meant to help the party prosecute the 2023 election campaigns, the payment as well as its timing was suspicious.

Odeyemi said, “I was the Deputy National Publicity Secretary of the party for 4 years, I never collected a dime either for transport or housing.

“So, where did this idea of housing allowance come from, why now? It will be in the best interest of our party if our national chairman, Iyorchia Ayu, comes clean to clear his name.

“He should come out to clear his reputation because we all know the National Chairman has an approval limit and it’s certainly not this kind of humongous amount we are hearing now.”

Another party chieftain who pleaded anonymity expressed sadness that the whole affair was casting the party in a bad light.

“It is disappointing that this is happening more so at this very critical time we are trying to sell our party and candidates to Nigerians.

“How can we convince the populace that our nation’s resources are safe with us if we treat our own limited resources like this? They use to taunt us that we are PDP share the money, how do we respond now?

There are also indications that some of the aggrieved party members are contemplating the idea of writing petitions to the Independent Corrupt Practices and Other Related Offences Commission and the Economic And Financial Crimes Commission (EFCC) if the party leadership does not come clean of allegations levelled against it.

A chieftain of the party, Mohammed Jamo gave this hint when he featured on a Channels Television Political Programme, Politics Today, on Friday. He said he and others who shared his views may opt to involve independent assessors to look into the matter.