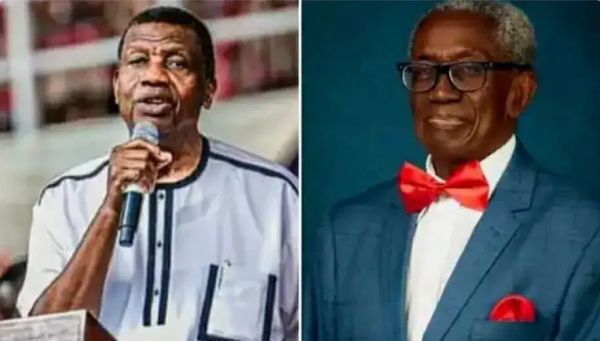 He was 89. Until his death, Aboaba was one of the Assistant General Overseers of RCCG.

He died in Lagos on Saturday, January 21 just 47 shy of his 90th birthday after a brief illness.

Aboaba officiated regularly at special Holy Ghost Nights of the RCCG. He played the role of introducing Pastor Adeboye to the podium to minister on such occasions, according to Church Gist.

He also used to sing special songs to celebrate the birthday of Pastor Adeboye.

Aboaba was the founding Pro-Chancellor and Chairman of the Governing Council of the Redeemer’s University.

A professor Emeritus of Agricultural Engineering. Aboaba was a member Board of Trustees of the RCCG and also Chairman of the Technical Advisory Board and Lands Committee of the Church.

Aboaba was also one of the founding fathers of the National Prayer Movement.

He was an Emeritus Professor of Agricultural Engineering at University of Ibadan and the Pioneering Dean of the Faculty of Technology (1976-1982).

He was the Executive Secretary of Committee of Vice Chancellors of Nigerian Universities (1992-1998).

He was the founding Pro Chancellor of Redeemers University (2005-2013). He was the Chairman of Governing Council of Federal Institute of Industrial Research Oshodi (FIIRO), Lagos (1976-1979).