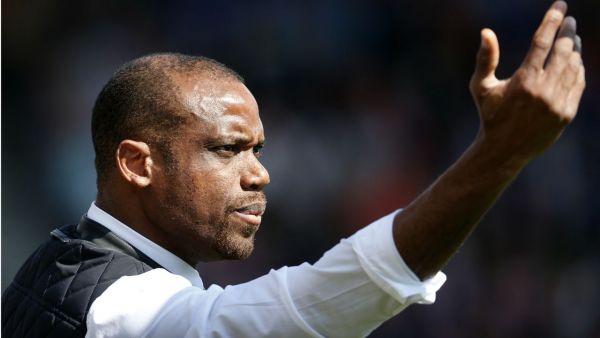 The Federation of International Football Associations (FIFA) has appointed Sunday Oliseh as a technical expert for the 2022 World Cup in Qatar.

The former Super Eagles player and coach announced the latest appointment via his Twitter page on Saturday.

The 47-year-old Nigerian also announced that his team commenced work on Friday night.

“Extremely honoured to have been appointed by FIFA as a technical expert for the FIFA World Cup in Qatar,” he wrote.

Extremely honoured to have been appointed by FIFA as a Technical Expert for the FIFA World Cup in Qatar. In privileged company of "Sir" Arsene Wenger, Jurgen Klinnsman and 3 others. Work started last night .
Qatar 2022 is looking great and ready. pic.twitter.com/hr69WgHNHq

This is the third time the Nigerian will be appointed into the football world governing body’s technical team.

In 2016, FIFA appointed Oliseh as a member of its technical department for the Rio Olympics football.

Oliseh was also named a member of FIFA’s technical study group in March 2013.

Their task then was to analyse football matches, pinpointing technical excellence and recording the latest advances and developments in the games.

The 2022 World Cup is scheduled to hold in Qatar from November 20 to December 18.

He was part of the Nigerian U-23 team that won gold medal in the football event at the Atlanta ’96 Olympics.

The ex-midfielder was also a member of the Eagles side that won the 1994 African Cup of Nations (AFCON) in Tunisia.

Between 2015 and 2016, he was appointed coach of the Super Eagles by the Nigerian Football Federation (NFF).

He has also been named among various football committees in the past.

In September 2021, he was listed among the 17 people on a committee constituted by the federal government to map out a 10-year football development plan.