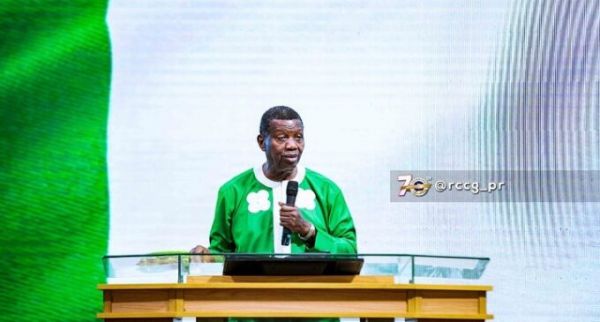 Enoch Adeboye, general overseer of the Redeemed Christian Church of God (RCCG), says Nigerians should pray for the country’s leaders.

Speaking on Sunday while delivering a sermon in his church, Adeboye expressed concern over the cost of flight tickets and bread prices.

TheCable had reported that data from the National Bureau of Statistics (NBS) showed that consumer price index (CPI) — which measures the rate of change in prices of goods and services — surged to 20.52 percent in August 2022, up from 19.64 percent in the previous month.

The latest rate is the highest since October 2005.

Before the NBS latest report, there have been concerns over the rise in flight ticket costs amid aviation fuel scarcity, as well as hike in prices of food items including bread.

Speaking on Sunday, Adeboye, who also expressed concern over grid collapses, said Nigeria’s leaders need prayers because when they make mistakes, it is the masses that suffer.

“Maybe we should spend more time praying for our rulers. We know it’s easier to criticise. There are battles human beings cannot fight and win. There are certain battles only God can win,” he said.

“Pray for your rulers, because for every mistake they’ll make, it’s the people who will suffer, not them. Why are we suffering? Because we have not prayed. The fault is ours.

“If our leaders make mistakes, who will suffer? Pray for our rulers.”