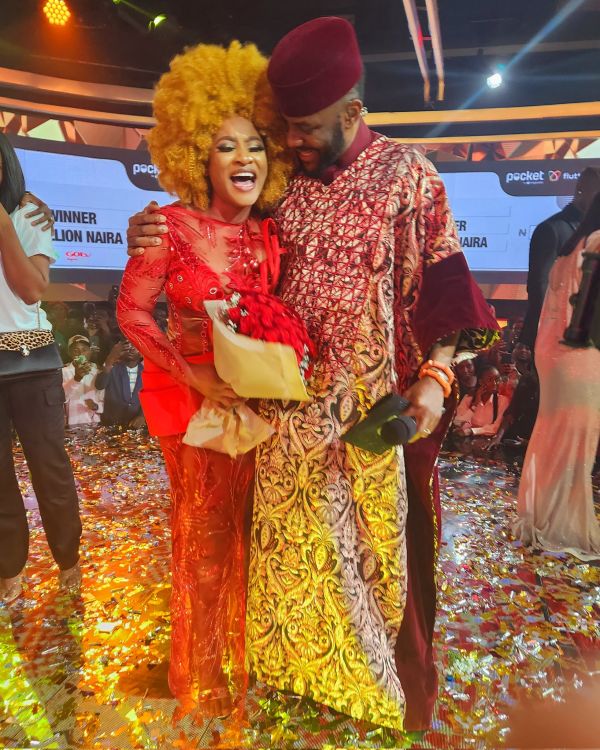 The reality star defeated all other housemates for the N100 million grand prize at the finale/last eviction show on Sunday.

This makes her the second female housemate to win the reality show. The first was Mercy Eke in 2019.

Bryann emerged as the runner-up for the 2022 edition of the BBNaija.

This year’s grand prize is the highest since the show debuted in 2006.

The show commenced with the eviction of Daniella, Chichi, Adekunle, and Bella.

Phyna’s stint on the show was dominated by talks about her relationship with Groovy, a fellow housemate.

She also made the headlines for becoming the head of house (HoH) in the eighth week and her clash with Hermes.

A total of 28 housemates participated in this season titled ‘Level Up’ edition.

The seventh season commenced with a double premiere on July 23 and 24 and ran for a today of 72 days, which ends today.

From unending twists, heated confrontations, and situationships, the ‘Level Up’ edition witnessed exciting and nervy moments.

In 2020, Olamilekan ‘Laycon’ Agbeleshe emerged as the winner of the BBNaija season five.