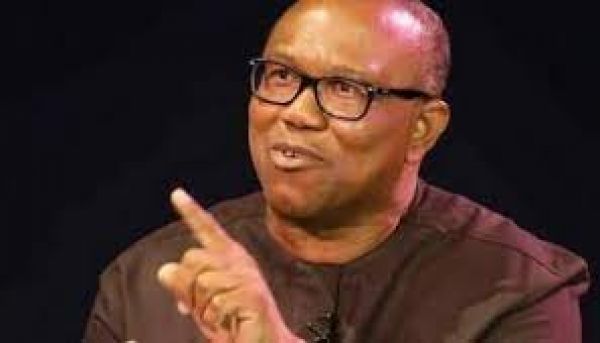 Presidential candidate of the Labour Party, Peter Obi yesterday in Lagos unveiled seven economic master plans, his administration will concentrate, if he emerges the winner of the 2023 election.

The LP candidate, in his engagement with the private sector under the aegis of the Lagos Chambers of Commerce and Industry (LCCI), said what his government will do was to ensure creating the right environment and follow up on implementing those policies.

He said he will engage in aggressive private sector driven economy and block leakages in government.

Obi added that his government will deal with insecurity issue as fast as possible by overhauling the total security architecture and encourage creation of state and local policing.

The LP candidate said under his watch, no government assets will remain idle, assuring that all will be put into productive use in partnership with the private sector.

Others according to him include aggressive development of human capital, provide foreign policy to restore Nigeria’s relevance, stimulate industrial revolution, grow foreign reserves and security to lives and property.

He said the issue of oil subsidy was an organised crime, which his government won’t encourage.

“Most of challenges are institutional weaknesses and lack of political will to do the needful.

“We will streamline governance ensure that it is responsive that provides needed services to the populace.

“To move Nigeria forward requires a concerted efforts that seeks adherence to the rule of law.

“Experience shows that inclusiveness is an essential element in decision-making process.

“I will be fully responsible for actions and decisions taken by my government.

“Our goal is to bring back people’s trust in governance.

“For you to generate revenue, it is the job of government to encourage economic growth and create jobs, who will in turn invest in the economy and pay taxes.

“Start pulling the people out of poverty and encourage economic growth. China finances its budget majorly from taxes. You need to inject and support the economy.”

On power, he said the problem was the transmission sector, which he promised to liberalise.

“Yes, we have privatised the generation and distribution but the major link between the two, which is the transmission. For our government, we will liberalise this sector and support the existing companies in that sector. This can be done by aggressively involving the private sector.

“Government does not have to look for money to do this. The government can go ahead to provide guarantee like it was done in Egypt.”

He added that another challenge bedeviling the country was waste in government, which his administration would decisively deal.

“I have allergy for waste and the same thing will apply in my government.”

Earlier, the president LCCI, Dr. Michael Olawale-Cole said that the private sector in Nigeria contributes about 80 per cent of our GDP, hence, LCCI cannot afford to miss the opportunity to engage Obi on his economic plans for the country.

“While the chamber is non-partisan, we are however interested in the economic agenda of the candidates and their plans to make a better nigeria in the next dispensation.”

He added that the chamber was aware of the over-shadowing effect of politics over economics in managing the Nigerian economy and would therefore wish to contribute to the setting of a new economic order that can take our economy from the doldrums.

“New policy directions, institutional reforms, and sound governance are critical to creating a new economic order in nigeria. This is why we are gathered here today!

“For the past 16 years, LCCI has organized this session in every election cycle.

“This is a part of its public policy advocacy to provide a first-hand opportunity for presidential candidates of the leading political parties to speak to the organized private sector (ops) on their economic blueprint for Nigeria.

“All patriotic Nigerians would like to know the plans and intentions of a future president, and this will most likely enhance the choices people make at the polls.”