Peace, unity of Nigeria to top my agenda in governance —Obi 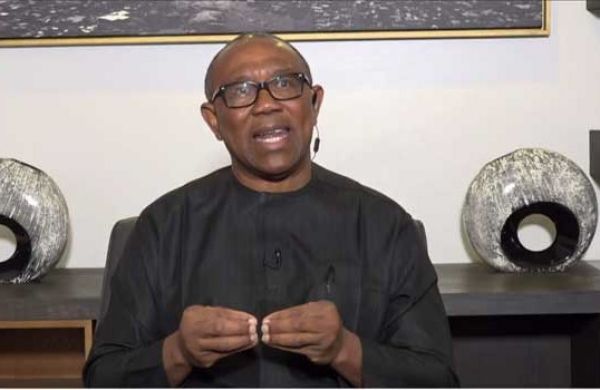 Presidential Candidate of the Labour Party, LP, Mr. Peter Obi, has revealed that he will ensure lasting peace by unifying the country and rebuilding its social cohesion and mutual trust among the people.

Obi made the revelation at the Goodluck Jonathan Foundation Peace Conference, in Abuja, where he was represented by his Principal Adviser, Mr. Oseloka Obaze.

Addressing journalists after the event, Obi restated his readiness to build a new Nigeria where the different parts of the country co-exist peacefully with one another, while working together to achieve integrated development of the nation.

He stated that one of the main tasks ahead of the new leadership, that will come into power, is uniting the country and restoring faith in our nationhood. “We are so badly polarised in our country. We have become more sharply divided along ethnic and religious lines that we all live in mutual distrust of one another, and true peace continues to elude us,” Obi lamented.

Obi further stated that he looks forward to a new Nigeria where the people will live and thrive in any part of the country and be free to fully maximize their potentials. He said that his government, when elected, will commit to justice, fairness and equity which, he said, are the bed rock of peace.

a rethink and give peace a chance. He regretted that numerous precious lives have been lost to violence in form of banditry, terrorism, tribal agitations, political uprisings etc. He expressed hope that by the day’s celebration of peace, such purveyors of violence will open their hearts to peace.