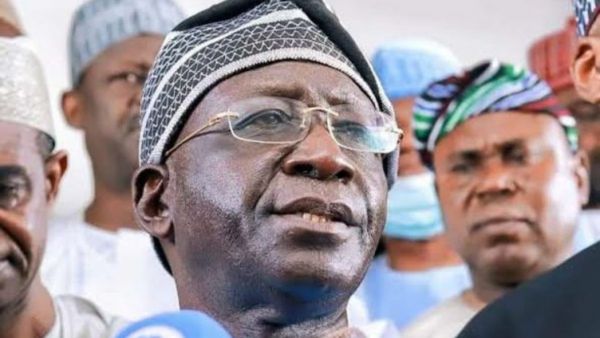 The national body of the Peoples Democratic Party (PDP) may have started making moves to relegate Governor Nyesome Wike of Rivers State, and cut down his influence within the party, starting from within his south-south region.

The party which has been hit by crisis ahead of the 2023 general elections has been struggling to persuade dissenting voices within the party, led by Wike, who have been clamouring for the resignation of the national chairman of the party, Iyorchia Ayu.

In what seemed like a move to wither down Governor Wike’s hold on the party, and call his bluff, the national body has attempted to remove Port Harcourt, River State in the scheme of things as far as the south-south chapter of the PDP is concerned.

To this end the PDP may have initiated a subtle move to take its South-South zonal headquarters from Port-Harcourt, which has not gone down well with the zonal officers, who have warned the national leadership that this could further deepen the crisis in the party.

It was gathered that the national leadership of the party has scheduled a meeting with the south-south zonal leaders of the PDP to hold in Uyo, the Akwa Ibom State capital instead of Port-Harcourt, which should be the traditional host of such a meeting.
But the Zonal Working Committee of the party led by Chief Dan Orbih has kicked against the move to meet stakeholders in the form of a tour outside the traditional headquarters, warning that this could further worsen the crisis of confidence between the Senator Iyorcha Ayu led leadership and the Wike group.

Rejecting the move, the Zonal Working Committee (ZWC) in a communique after a meeting on Monday resolved among others that it would not join the national leadership in breaching the constitution of the party that stipulates that zonal meetings be held in Port-Harcourt.

It was gathered that the South-South exco views the move as an attempt to break the ranks of stakeholders in the zone with a view to pushing Governor Wike aside in the region and by extension in the party.

The communique issued by Ekom Akonjom, the zonal organizing secretary read in part:

“Worried by the unabating crises in the Party since the Presidential Primaries, and in appreciation of the need for unity and cohesion, particularly in the build-up to the 2023 General Elections, the Zonal Working Committee welcomes the idea of a National Zonal Consultative Tour.

“However, the Zonal Working Committee notes with grave concern, the fact that the consultative tour to the South South Zone is regrettably without justification, planned to hold outside the Zonal Head Quarters, Port Harcourt, Rivers State. This we resolve, is not acceptable to the Party leadership in the Zone as it is capable of further dividing leaders of the Party in the Zone.

“To this end, the Zonal Working Committee further resolves that the Consultative Tour of the Party should hold at the Zonal Headquarters, Port Harcourt, Rivers State. It is to be noted that holding any of such meeting outside the Zonal Headquarters will aggravate issues and not achieve the desired move for reconciliation, peace, and unity in the Party.

“Further to the above, the Zonal Working Committee notes that by virtue of Section 31 (2) (d) of the Party’s Constitution 2017 (As amended), all organs of the Party are expected to function DEMOCRATICALLY.

“The Zonal Working Committee resolves to henceforth, resist any action capable of deepening and; or widening the crises of confidence amongst leaders of the Party in the Zone”.