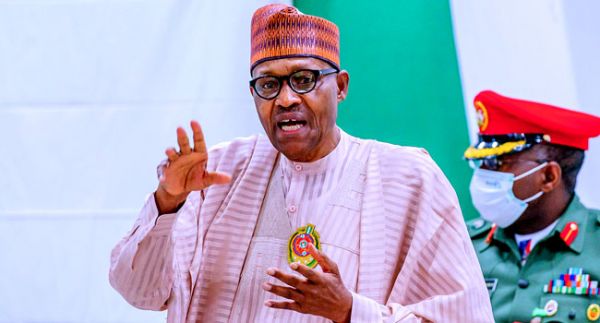 The opposition Peoples Democratic Party, Labour Party, the Academic Staff Union of Universities and other Nigerians on Saturday picked holes in the claim by the President, Major General Muhammadu Buhari (retd.), that his regime had done well.

In his Independence Day speech on Saturday, Buhari had given himself pass mark on anti-corruption fight, health care and other areas.

“We strengthened the institutions for tackling corruption and also cultivated international support, which aided the repatriation of huge sums of money illegally kept outside the country.

“In order to address insecurity, we worked methodically in reducing insurgency in the North-East, militancy in the Niger Delta, ethnic and religious tensions in some sections of Nigeria along with other problems threatening our country.

“Our efforts in resetting the economy manifested in Nigeria exiting two economic recessions by the very practical and realistic monetary and fiscal measures to ensure effective public financial management. In addition, the effective implementation of the Treasury Single Account and cutting down on the cost of governance also facilitated early exits from recessions,” the president said.

But the PDP, in a statement by its spokesman, Debo Ologunagba, said the realities on the ground did not support Buhari’s claim of good performance.

“The statistics are there, the facts are there for Nigerians to decide. Are we more secure now than in 2015?” Ologunagba queried.

He submitted that Nigerians could not wait to see Buhari leave office next year, urging the President to ensure that the upcoming general elections were credible.

Similarly, the leadership of Labour Party said Buhari gave Nigerians no reason to celebrate on the occasion of the country’s 62nd independence anniversary.

“In practically all and every sector of national governance, the APC has scored zero. Instead, it has been solely records of total failure. In security, zero; education, nought and nothing remarkable recorded in the health sector. It is not necessary to keep naming all because there is just no single sector that hasn’t been recording failure,” the LP said in a statement by its National Publicity Secretary, Abayomi Arabambi.

Also slamming Buhari’s claim of good performance, the All Progressive Grand Alliance, through its National Chairman, Victor Oye, described the claims as speculative “because what is on the ground doesn’t support the positioning.”

He said Nigerians could only hope that the Buhari regime would make good its promise of “banishing insecurity by December this year.”

“I have always said that President Buhari lives in an alternate universe. He doesn’t get it,” the activist said.

Dismissing the plea made by the President in his speech for university lecturers to call off their months-long strike and return to classes, Osodeke queried: “On what basis do we tell our members to call off the strike? They should set up a committee that they know they trust, and we resolve it.

“We appeal to the President also that as part of his legacy, he should resolve the issues. We appeal that he should do something drastic in education that Nigerians will remember him for.”

Civil society organisations and public policy analysts, including lawyers, were also unanimous in scoring Buhari low in the delivery of his campaign promises.

A Senior Advocate of Nigeria, Victor Okpara, said, “Nigeria is in a situation where we are in a state of perilous danger economically, physically, educationally and security-wise. It’s not about speeches anymore; it’s about real working the talk.”

A former President of the Committee for the Defence of Human Rights, Malachy Ugwumadu, said none of the promises made by Buhari to Nigerians while canvassing for votes in 2015 had been fulfilled.

He said, “When this government came into power in 2015, they said they would address some things but so far they have not been able to achieve success in even one of them.”

He said in contrast, what Nigerians got were high cost of living, insecurity and deeper level of corruption.

On his part, Lagos-based lawyer, Jiti Ogunye, described Buhari’s Independence Day speech as mere yearly ‘ritual’ that neither held promises nor solution to the problems confronting the nation.

He added that Buhari would be leaving the country worse than he met it.