The world’s oldest male gorilla, aged 61, has been found dead in his habitat at Zoo Atlanta in the United States.

Named Ozzie, the gorilla was found lifeless on Tuesday by his care team.

The cause of death is, however, yet to be established.

It is understood that the zoo officials are still awaiting the results of a necropsy, although the western lowland gorilla, which was also the third-oldest of its kind in the world, was diagnosed with COVID-19 last September.

In a press release, Zoo Atlanta said it was difficult to get him to eat during the days leading up to his passing. 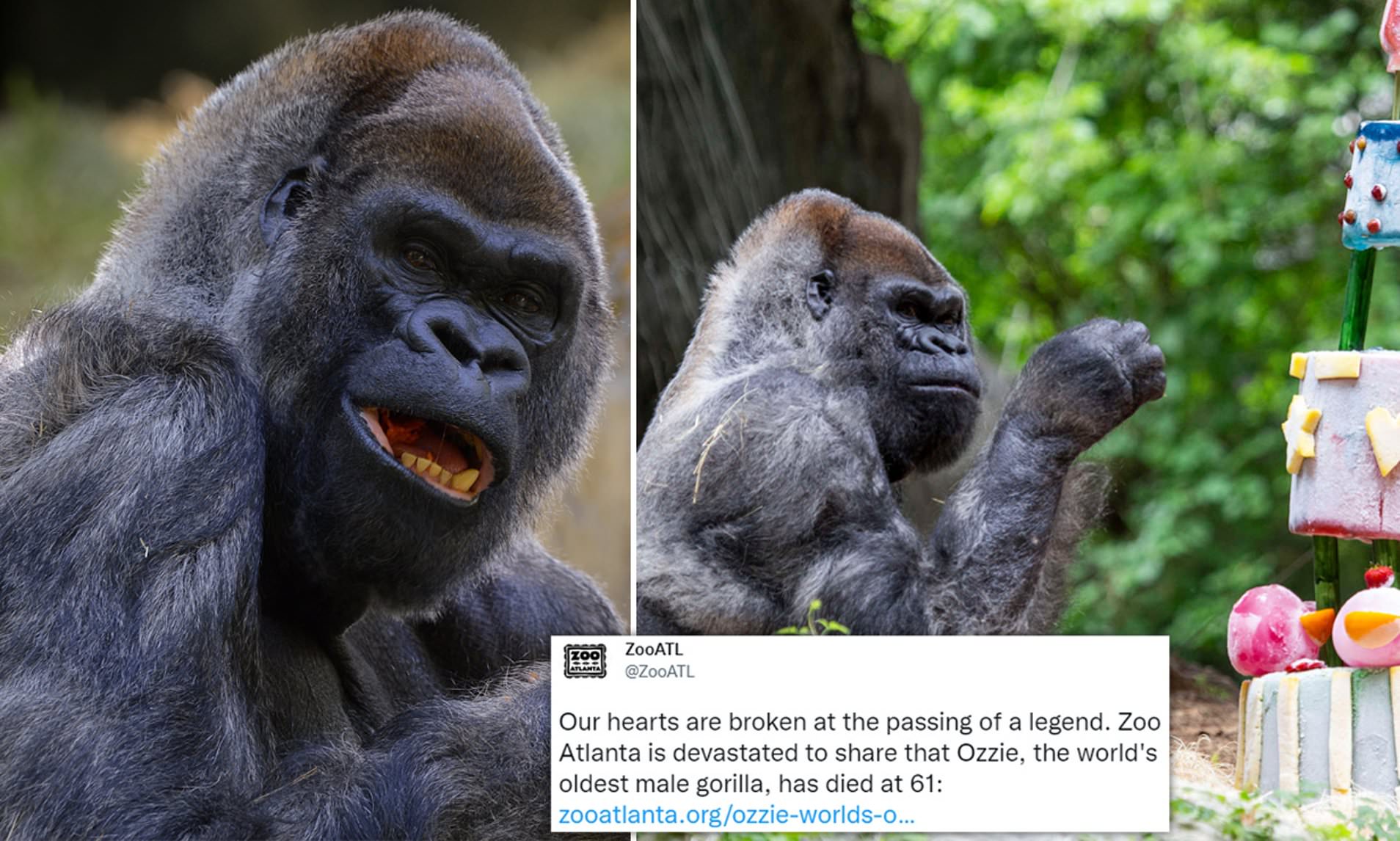 They said Ozzie exhibited symptoms like facial swelling, weakness, and inability to eat or drink 24 hours before death.

“This is a devastating loss for Zoo Atlanta. While we knew this time would come someday, that inevitability does nothing to stem the deep sadness we feel at losing a legend,” Raymond B. King, Zoo Atlanta’s president, said.

“Ozzie’s life’s contributions are indelible, in the generations of individuals he leaves behind in the gorilla population and in the world’s body of knowledge in the care of his species.

Ozzie was the only surviving member of the original group of western lowland gorillas who arrived at Zoo Atlanta with the opening of The Ford African Rain Forest in 1988.

He made zoological history in 2009 by becoming the first in the world to voluntarily take a blood pressure test.

Ozzie was the third oldest gorilla in the world.

The oldest is 64-year-old Fatou of the Berlin Zoo in Germany.

The second oldest is 63-year-old Helen, of the Louisville Zoo in Kentucky.

Before his COVID-19 diagnosis, employees at the zoo said they had noticed that the gorillas had been coughing, had runny noses, and showed changes in appetite.

A veterinary lab at the University of Georgia had returned positive test for the respiratory illness.

Zoo officials had also said they believed vaccinated employees passed on the virus to him while asymptomatic.

Dele Momodu: I can’t compete financially with Wike or Atiku — but I have my strategy

Why I dumped PDP, withdrew from Presidential race – Peter Obi

Colleges of Education lecturers give 21-day strike notice to FG

17 Coalition Ask Peter Obi To Dump PDP For Another Party

This is what divorce looks like, Korra Obidi laments

Okorocha to remain in EFCC custody till May 30

Lagos Pupil Vomits, Dies After Being Flogged By Teacher Over Homework

Why I lost PDP primary in Kogi - Dino Melaye

Why we arrested Rochas Okorocha, EFCC opens up

120 hours after, FAAN fails to uncover identity of mangled body

Presidency: All eyes on Buhari as APC weighs options

[OPINION] So, who made who? - Bola Bolawole