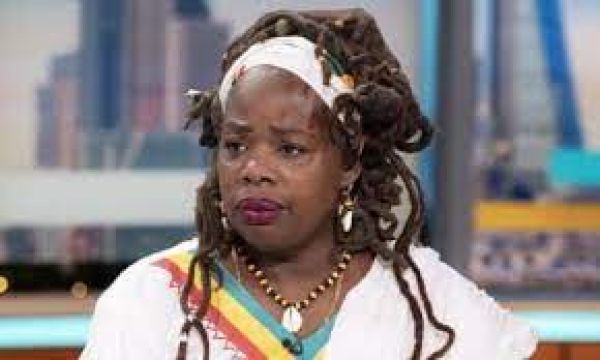 WHERE ARE YOU FROM?  It is a question that gets asked every time. And the triggers are usually types of dressing, spoken language, name or mannerisms.  Something that draws attention to a person. And that was the question asked of a guest at a reception at Buckingham Palace, the seat of Britain’s royalty, in London, recently that rocked the ethnicity boat. That guest, Ms Ngozi Fulani, attired in a kaleidoscope of colours and long braids swirling to her midsection, stood out in the classy environment where virtually everybody was in formal dress.  Ngozi Fulani – by her dressing – was a curio.  And that name combination, too – Ngozi Fulani – itself is another trigger of curiosity.  Curiosity must have attracted her traducer, Lady Susan Hussey, to the curio that Ms Fulani represented in that highbrow gathering. Lady Hussey, tall, elegantly dressed, a chaperon to Queen Consort Camilla, who was hosting a reception for charity organizations in the UK, probably thought she was going to have a light-hearted encounter.  But Ms Fulani, going by the aloof carriage of the veteran palace official, apparently saw a SNOB and not just an elderly 83-year-old who may innocently be seeking to widen her contact list, with a collector’s item.  The encounter got blown into the public sphere and Lady Hussey got more than she bargained for - a sack.  A brittle British royalty, entangled in racist issues in the royal household, made a sacrificial hen of Lady Hussey to appease the god of public opinion.

Ms Fulani :  “  Sistah Space. ( Her charity organization she is representing at the reception )

Ms Fulani:  “We are based in Hackney “. ( that her charity is in Hackney, London )

There were three other questions and answer rigmarole, then the clincher from Lady Hussey:

That was hitting the kernel of the rigmarole  - your nationality  and where your people came from : you are different from us and Ms Fulani eventually indicated that her parents came in in the 1950s and she has African and Caribbean  heritage. End of long story.

The Lady Hussey – Ms Fulani encounter brings to the fore the enduring contention between Nationality and Citizenship,  one is naturally inherited through parenthood, while the other is conferred : nationality is immutable, unchangeable while citizenship is changeable.  In some cases, both are mutually reinforcing  where  nationality and citizenship are coterminous.

Going forward, the contention between nationality and citizenship may become flashpoints, especially  in many countries where a large immigrant population have acquired citizenship. For example, there are muted undercurrents of resentment on the emergence of the new British Prime Minister, Rishi Sunak, a first generation Briton of Indian nationality.

At personal levels, racial  and ethnic baiting thrives, worldwide. There is always that feeling of separateness , of us and the other people. What often aggravates racial or ethnic tension is the inferiority complex of those underdog nationality persons.  They are usually sensitive, often over sensitive, to what is seen as racial or ethnic baiting. That, to me, was the inferiority complex exhibited by Ms Fulani.  She cannot pretend that she does not know what the palace official meant with the question : Where are you from ?  She is in denial by not responding confidently to her African and Caribbean heritage, while stressing her British citizenship.  Is she ashamed of her nationality inheritance ?  If she had responded with humour, ignoring any perceived putdown in the question, maybe she and Lady Hussey could end up establishing some relationship.

In her column article on the incident titled :  Where are you from ?  Mrs. Bisi Adeleye-Fayemi,  wife of two-time governor of Ekiti state, Dr. Kayode Fayemi, had pointed out that in  receptions, the question : Where are you from ? is often meant to be an ice breaker to establish conversation.  She had advised : “ We should all be prepared to answer the question, “ Where are you from ? “ with as much dignity and clarity”.   Such dignity and clarity were obviously lacking in Ms Fulani. Mrs.  Fayemi, a widely travelled civil society activist, with pedigree, had narrated  her various encounters with the : Where are from question and that she generally parried the question. What must be admitted is that such questions get asked even within countries of many nationalities, including Nigeria.  Often times, non indigenous citizens carry on as if they are native in areas of their domicile, prompting indigenes to remind  such uppity individuals where their fathers and grandfathers came from.  Indigeneship is a strong factor in relations in multi-ethnic traditional societies where urbanization has created a melting pot of nationalities, where natives feel threatened by migrants. Lagos is an example of such melting pot in Nigeria where the indigenous Yoruba population is engaged in a subdued war of attrition with the Igbo ethnic group, as local migrant-citizens.  Even within ethnic nationalities, people get reminded of their non indigenous status when they become disrespectful of indigenes. Names and languages are the most distinguishing factors of ethnicity, and by our names, our ethnicity can be ascertained.  Ethnic nationalities  are also geographically bounded. It will therefore be an absurdity for a  Bisi Olawunmi, a Yoruba, with geographical locale in Southwest Nigeria,  to want to claim indigeneship of Aba, in Igboland, Southeast Nigeria, however long he lived in that city.  Modern governments are, however, destabilizing this established order of nativity by enacting laws which make citizenship synonymous with indigeneship, with grave consequences for social disorder. Also, for example, an emergent generation of young Nigerians, resident in cities, do not know their hometowns. In the competition for positions, economic opportunities with natives, such ‘’ROOTLESS’’ young Nigerians will in future have to contend with the question : ‘’ Where are you from’’.

It must be pointed out that some western countries created artificial citizenship either by being born in such countries or through naturalization  to address their population deficit  - not having enough children for generational replacement.  They had, decades ago, embraced a population policy of limiting the number of children per couple, the success of which has today boomeranged.  Citizenship, was therefore,  basically an inducement for permanent cheap labour provided by migrants.  Today, there is upsurge of nationalism in Europe, arising from what has been dubbed  ‘ The Browning of Europe’  given the exponential growth of the immigrant population.

The Immigrant Question  - Where are you from ? – threatens to become a volatile issue at national and global levels in the years ahead as the world grapples with the two parallel movements of localization and globalization.  At the national level, massive urbanization, fueled by economic migrants from rural and provincial areas, who are overwhelming natives in the new urban centres, will create  tension and possible violent clashes, while at the international level,  the changing demographics  in western industrialised countries may induce attacks  on immigrants by extremist nationalists . The immigrant issue may be the flashpoint of the future.