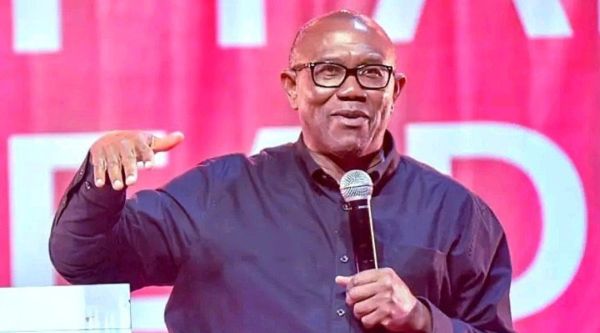 When Pastor Paul Osaromen dropped a usual prophetic message to the nation about four years ago in 2019 -that the Igbo of Nigeria should prepare to take over the rein of leadership of Nigeria after President Muhammadu Buhari, not many were too surprised. Yes, because any discerning mind knows that it was about time to give the people of the East the opportunity to contribute their quota to the growth of the nation.

It is about time to get those who have practically and truly demonstrated their implicit belief in this nation by turning every hamlet of Nigeria into home, to lead the way. To lead the way, nurture our economy back to life again and encourage the rest of Nigeria do same.

That was four clear years ago. And today, from being a former running-mate to Atiku Abubakar, Mr. Peter Obi has moved from the shadows to become the man to beat in the fast approaching February 25, 2023 presidential election. His rise and popularity was actually meteoric. No one really saw it coming.

His initial challenges came from his party men and women, who expected him to fork out between ten and twenty-five thousand dollars, or even more, for each of the delegates to the party’s Presidential Convention to elect the presidential flagbearer. But the truth is that when the hand of God Almighty is involved, no one would hinder or stop His anointed. Obi read the mood accurately and instantly took a dignified walk, leaving behind all the political chicanery.

He didn’t just take a walk, he instantly resigned from the party having found out that the leadership has been taken over by people with insincere tongues/lifestyles. People who draw up laws and Constitution they won’t adhere to. And as the good book had charged us, -to run away fast from such persons, Obi ran. And even took away the heart and soul of the party and the people with him. And the G-5 Governors on our minds.

From what has been going on since his departure many months ago, he left behind a cacophonous bunch of irreconcilable persons, most of who believed that money is everything. People who apparently believed that the old ‘system’ would last forever and that the people would equally continue to be hoodwinked ad infinitum.

However, Obi landed in the ‘barely known’ Labour Party (LP), as described by his traducers. Almost immediately, the characters he left behind in PDP, with their visible uncharted course instantly raised alarm, claiming that Obi’s Labour Party was unknown; and that he has no ‘structure’. Whatever that means.

Doesn’t it then surprise the world that barely ninety days after all these, Obi and his tornado-like Obidient Movement powered by the teeming Nigerian youths has kept both Atiku of the PDP and Alhaji Bola Tinubu of the All Progressives Congress (APC) sleepless, restless and disconsolate, day-in, day-out! It has remained same for all their parties’ other candidates and political minions nationwide.

Consequently, anything any of these opposition candidates could hold on to shoot Obi or any of his LP party’s candidates down, even if it is mere blanks, have not been spared. Why not, when the nations everyday people, the youth, the mothers, their fathers, artisans, professionals and even the classless have taken over the whole Nigerian streets, the streams, the shops, the markets, the mosques, the churches, the schools, the salons, the boutiques, the bars and restaurants to identify with Obi and the message of hope that he represents as well as his recovery plans for Nigeria. This was while his opponents continued to embarrass the nation locally and overseas with hitherto unknown and unheard sleazy deals and outlandish roguery they had made of themselves and the economic life of Nigeria and even some other nations like Singapore too. They were so audacious and bold at the accusations and counter-accusations that observers started wondering whether that was their agenda to use to pull Nigeria from the debilitating economic doldrums the nation has found itself.

Yet they brook no shame at all still walking the streets. Yet some Nigerians still follow and identify with them, apparently because of the crumbs they pick from under the tables of these wicked masters and lords.

As the seeming helpless supporters trudge on with these cash lords no one or opportunity was then spared. Not even the LP’s senatorial candidate for Anambra Central, Chief Victor Umeh. He was dragged to court, and even allegedly sponsored other persons to drag him about in other courts too.

Most analysts believe that all these were ultimately targeted at Peter Obi! More like the maxim of ‘delinda eh Cathego’(Carthage must be destroyed), of the mediaeval Roman Carthaginian wars era. Obi must be destroyed. Completely destroyed! All in the name of politics. Really? What about the age-long saying that blood is thicker than water.

Furthermore, Obi was consequently described in many demeaning adjectives, tones and languages, all in the name of dirty politics and selfish-driven permutations. Many have described some of these permutations as analog, selfish, vain, shameful and awful.

As men, women, youths and electorate from all profession, tribes, tongue, social, economic, political all and religious persuasion clamour for Peter Obi as the President the nation needs at this particular time, it is sad that Governor Chukwuma Soludo and Senator Uche Ekwunife lead the pack to drag him about and down. It’s awful, especially when viewed from the filial consideration that they all come from same Anambra State.

With barely 200 hundred days in the saddle as the governor of Anambra State, Soludo is already scheming on how to become the Nigerian President of Igbo extraction, while Ekwunife wants to sit-tight at the National Assembly. Unfortunately, both officers had been enjoying chummy relationship with the citizens of Anambra state until now. It’s no longer so, and would likely never be so again. If it were in the South West, their career, whatever it used to be, would have instantly gone down the political drain.

While Soludo has not done three-quarter distance of his maiden term of four years, he has already truncated his governorship history. It’s almost certain he would join the inglorious club of one-term governors. Some political watchers believed it would not be a bad idea if only to teach others a lesson or two on how not to be a traducer to the one God has chosen.

Surprisingly if there’s any politician closely related to Obi, that person is Ekwunife and Victor Umeh. They all hail from same genealogical and political origin. While Obi comes from Agulu, Umeh comes from Aguluzoigbo and Ekwunife comes from Igboukwu. Their ancestors were brothers. And the trio have remained very close to each other, until political subterfuge now tore them apart.

Why is Ekwunife doing this because of the dummy that ‘Atiku remains the fastest route to an Igbo President’, or that he would do only one term? The idea is shamefully baseless, and anyone who believes such political nonsense would believe anything. What about the constitutionally stipulated zoning issue that was copiously enshrined in the PDP constitution? Yet, Atiku muscled the party into truncating it.

That unfortunate decision clearly dealt heavy blow to their individual and corporate image and perception, because of one man: Atiku. It made them look as politically unreliable characters who could waver and turn their laws upside down any day.

With a few months to the end of his eight-year presidency, it is expected that President Muhammadu Buhari should hand over power to a Nigerian President from the South in keeping with the extant power sharing formula. With the 2023 election a few weeks away, the Nigerian electorate, including the youths and women and others, should go out and vote for a credible candidate, who will take the country to the next level.