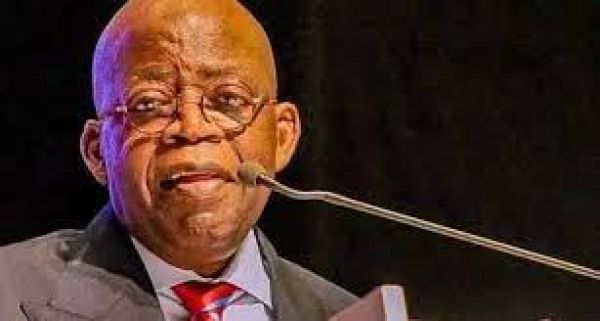 A neologism is a relatively recent or isolated term, word, or phrase that may be in the process of entering common use, but that has not been fully accepted into mainstream language. Very roughly speaking, there are five primary contributors to the survival of a new word: usefulness, user-friendliness, exposure, the durability of the subject it describes, and its potential associations or extensions. If a new word fulfills these robust criteria it stands a very good chance of inclusion in the modern lexicon. This is without prejudice to an age long Yoruba coinage of doing things anyhow (Wrongly), “Bulu-bala, bala-bulu” over fifty years ago in my teenage years, I was not unfamiliar with “Bulu-bala, bala-bulu” which happens to be way of deep expression.

In recent past few months given the level of ignorance or perhaps assumptions by some people who easily get excited about the so-called “gaffes” I am constrain to say that it is an exhibition of a misplaced excitement. As for those who may not know, a neologist is someone who creates new words/phrases etc. Interestingly, since the beginning of 2023 election campaigns the presidential standard flag bearer of the ruling party, All Progressive Congress (APC), has consistently shown strength as one that is gifted in this area of neologism. The presidential hopeful Sen Bola Ahmed Tinubu started showing capacity for coinage of words publicly, shortly before the ‘APC’ primary election with the words ‘emi lokan’, ‘eleyi’, and ‘olule’ meaning ‘it’s my turn’, ‘this one’ and ‘beaten down’ unsurprising the wordsmith continued to waxed philosophical and subsequently becomes an issue.

His words are either the subject of electronic manipulation or taken out of context. My first physical contact with the presidential candidate of the ruling party (APC), Asiwaju Bola Ahmed Tinubu (BAT), was during his first term as the executive governor of Lagos state. It was a chance meeting at the residence of the then minister of power Dr Olusegun Agagu of the blessed memory, whom we shared regular early morning routine together, then. On a particular morning, Gov. Tinubu as he then was arrived at the residence of the minister of power and the whole atmosphere changed. Then comes strange use of words and exchange of banters that both senior men are familiar with. Momentarily I was lost in the midst of what seems to me as strange use of words and I stayed clued for as long as I can remember.

Subsequent meetings and interaction with the man who has a date with ‘destiny’ was no longer strange to me. Gladly, I became reasonably familiar and better informed about a neologist. On another occasion together with his younger brother Wale Tinubu, Mike Adenuga and yours truly, we arrived at the private residence of His Excellency Atiku Abubakar at Asokoro after attending the 10th memorial anniversary of Shehu Musa Yar’adua. Unassumingly, the atmosphere generated by his usual coinage of words was electrifying and no dull moment throughout the rest part of the day, as it where. This is the trademark and a symbol of a personage of witty inventiveness that signposts the beginning of an era. Some of the issues wrongly attributed to unsteady gaits, incoherence and communication gaffes may just be his personality.

Flowing from the foregoing and in view of the recent attacks on personalities as against issue-based campaigns. It has become imperative to draw our attention to articles and part of the resolutions by the National Peace Committee: “2023 is more than an election. It is an opportunity to serve Nigeria, to defend Nigeria and to uphold her unity and progress” “Nigerians should avoid the spread of fake news and uphold the principles of tolerance, respect, civility and decency in all public and private conversations and engagements about elections and the progress of Nigeria.” “All political actors especially their publicity agents and media advisers should shun personal attacks, avoid insults and incitements reject the spread of fake news and commit to issues-based campaigns and political rallies in the upcoming 2023 general elections.”

“The pattern of public communication among political actors, their publicity agents, spokespersons and media consultants has amplified the potential for personal attacks, insults, and incitement.” “The attacks by politicians and their supporters on their opponents have moved from issues-based campaigns which has relegated civility to the background…., additionally it has shifted focus away from issues-based campaigns to consolidating identity politics and the politics of thuggery.”

Undeniable…. given the foregoing, The biggest problem in our country today, is that we avoid honest dialogue, which sometimes involves telling ourselves uncomfortable truths. We neglect the weightier matters confronting us as a nation and concentrate on the irrelevance. Yet it is understandable to see things from a different perspective than the way it’s perceived now, thus rewriting the pages of our beautifully imperfect lives – can we change the narratives? Throwing mud, using issues of ageing or deliberate manipulative tendencies to discredit the person of Sen Bola Ahmed Tinubu may just be a temporary victory for his traducers. Sometimes, that is the only way to win big….like Joseph.

We should not be concerned about what is effectively childlike such as missing representing acronyms, e.g. APV instead of PVC, which can be easily done if you are an APC candidate who has APC in your mind as the campaign warms up; this is why we have the phrase “slip of tongue” in the English language. Any reasonable person can see how this so-called gaffe can occur. As a people we should be concerned about the substantive matters being presented to us as the campaign progresses. We should be analysing and deeply probing the candidates’ promises, asking questions on the viability, probability of addressing our pressing challenges and the potential for successful execution of proposed plans. With the 2023 election, that many have argued to be critical for the country’s future, there should be no room for our idiosyncratic characteristics of relegating important matters into the pits of unseriousness and mediocrity.

Conclusively, permit me to use the words of Epicurus, an ancient Greek philosopher and sage who founded Epicureanism, a highly influential school of philosophy. He famously posited: “I have never wished to cater to the crowd; for what I know they do not approve, and what they approve I do not know.” finally, this is the right time to codify our ‘Nigerianess’ into a consciousness not just of history, but a shared history. Election will come and go but our ‘Nigerianity.’ will remain. Therefore, we need to rethink and pay more attention to the wise counsel from the National Peace Committee.