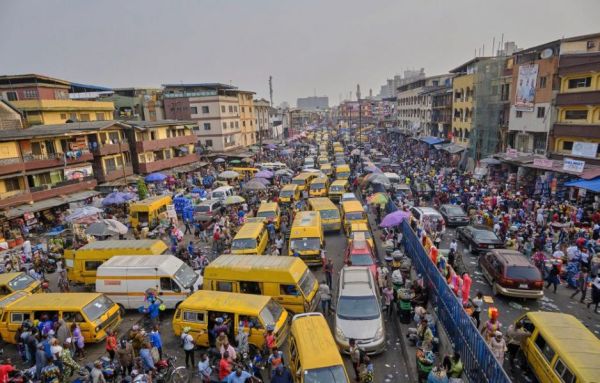 Today, January 23, 2023 makes it exactly 30 years that I arrived in Lagos to live and work. A couple of experiences I had in the early years gave me insight into what living in Lagos entails.

Sometime in 1994 I was going home from Surulere where I attended ICAN examination preparatory lectures anchored by Safe Associates. The lectures were mainly on weekends (because we used a public school premises) but at a stage week days were included so we could cover the syllabus in good time. This particular day was a week day, so I had gone for lectures after closing from work. I left the venue of the lectures at past nine in the night. There was a very heavy traffic in Surulere area that day. The traffic situation on the overhead bridge at Ojuelegba was particularly bad because some vehicles had broken down on the bridge. At a point I found myself behind a car being pushed by three guys. When the car eventually got to the descent of the bridge, the engine started working. The driver of the car gave the guys #100. To my surprise, these guys started fighting over the money! I couldn’t hold back tears when I saw the ugly incident. My mind couldn’t comprehend why men probably in their thirties would fight over #100. This was against the background that I bought my first car, a Toyota Corolla hatchback, the one I was driving for #180,000 (from Auto Bourdillon in Opebi, Ikeja). That day I saw hardship on the street, first hand. The thought that I could have been one of the guys but for the grace of God made me weep the more. That day I learned never to take things for granted.

A year earlier I had gone to Oshodi to buy some items. Someone directed me to go to Agege Motor Road stretch of Oshodi. On my way, I saw a middle aged man lying on the side of the road. Initially, I thought he was drunk, but when I took a closer look, I realised he was dead! Fear gripped me. I didn’t bother looking for what I wanted to buy, but headed home immediately. What I found baffling was that there were traders (men and women) going about their business as if nothing happened. Back in my hometown, if people heard that a corpse was somewhere in the town, they would naturally avoid that location for several days. Some residents might even vacate their houses temporarily. That was the culture in which I grew up. It was, therefore, a serious culture shock for me when I saw people doing business with a corpse in their vicinity.

The first incident was a lesson on the prevalence of hardship in Lagos and that the rule of thumb is survival. From the Oshodi experience I learned that nobody cares for the dead. It’s not like ‘Lagosians’ care about the living but the absence of care is worse for the dead. So I took it to heart that preserving my life is top priority in Lagos.

I’ve wept over many incidents in Lagos. Another one that stands out happened in the late nineties, around 1997/1998. The organisation in which I worked hosted the corporate clients in Eko Hotel and the event must have ended at about 10:00pm. On my way home, I drove from Adetokunbo Ademola Street, at the roundabout I took the third exit to Sanusi Fafunwa Street. On my approach to the end of Sanusi Fafunwa Street to turn to Akin Adesola, I saw some scantily dressed ladies sauntering up and down. I had heard that Sanusi Fafunwa / Akin Adesola junction is one of the red light districts in Lagos but it was my first time of seeing it. I was rudely shocked seeing ladies twisting and turning like ‘salted’ worms! I didn’t know when tears started rolling down my eyes. I kept asking, “Why, why!” The more I asked the question, the more the tears flowed. That day I resolved that my daughters will get the best education I can afford. Moreover, young girls within my circle of influence will get counsel and other resources I can afford just so they know they can make ends meet by being value creators.

On my way to church yesterday, it rained cats and dogs on the Third Mainland Bridge. Driving was reduced to snail speed on the inbound Adeniji Adele end because of poor visibility. My car wiper was at the highest speed and I still struggled to see. While all this was going on, there were a couple of drivers who tried to overtake other cars, honking while at it! At a point, I was afraid someone was going to hit me. I thought, “Why are people like this?…I bet they too can’t see. They’re are just reckless and careless.” As I reflected on this, the Oshodi incident in 1993 came to mind. Then it occurred to me that the character trait of most ‘Lagosians’ has not changed a bit. Most people are still self-interested and careless.

The slogan / motto are valuable in envisioning a better State. However, they provide very little guide for residents or would-be residents on how to live successfully in Lagos. When it comes to the fundamental requirement for life in Lagos, the forebears did a better job of providing a guide for Lagos residents. Their slogan for Lagos back then was, ‘Eko, Ilu Ogbon,’ which literally means, ‘Lagos, City of Wisdom.’ You hear this in lyrics of songs and various folklores. I prefer saying, ‘Eko, Ilu Ologbon’ (Lagos, City of the Wise). Wisdom (Godly wisdom) is what you need to thrive in Lagos. Without it, life in Lagos is precarious. Needless to say that many ‘Lagosians’ are living precariously.