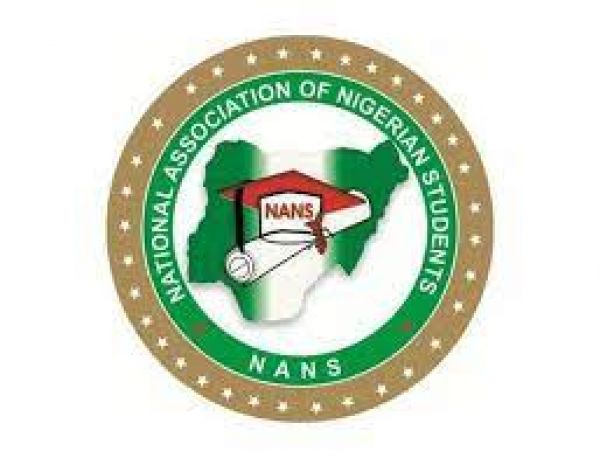 University students under the aegis of the National Association of Nigerian Students (NANS) have begun to make good their threat to shut down the country over the intransigence of the Muhammadu Buhari administration on the strike action embarked upon by the Academic Staff Union of Universities (ASUU), which is more than eight months old already! The students’ action can be described as being in support of ASUU and helping to mount pressure on the government to make it hearken unto the striking lecturers but, in actual fact, it is more than that: the students themselves being the major victims of the lingering strike action and government’s reluctance to bow to ASUU’s demands, they are, therefore, the very ones in the eyes of the storm. So, they are acting not in support of ASUU alone but also in the advancement of their own interests. Why it took them so long before coming out to mount pressure on the government is what baffles me. It is part of the laziness or tardiness on the part of ASUU and the lackadaisical attitude of other stakeholders; folding our hands and doing nothing; simply wriggling our hands and thrusting everything on God, as if He exists only to carry the burdens of Nigerians!

This is the import of our demand, ad nauseam, that ASUU should think out of the box; especially with a government that appears to share the same ideology of Western education as poison with Boko Haram and whose leading lights do not have their children schooling here. More than endless strike actions is needed to force it to address the issue at hand. One of it is what the students have embarked upon now. It remains for care to be taken not to allow it to degenerate to the #ENDSARS protests of 2020. The following must be done: One is that the government must act quickly on ASUU’s demands so that the striking university teachers can call off their strike and return to the classroom. If this is not done and the protests by the students are allowed to linger, the likelihood of undesirable elements infiltrating their ranks to take advantage cannot be ruled out. Some reports stated this as one of what happened as the #ENDSARS protests were allowed to linger by the government.

Another possibility is that once the protesting students notice that the government is not responding quickly and positively to their demands, frustration and desperation will most likely set in. The temptation to up the stakes and do some extraordinary things to compel the government to act will most likely begin to take place. Protests that have started on a peaceful note may then turn violent with the attendant consequences of loss of lives, destruction of property and dislocation of economic activities, thereby further imperilling an already comatose economy. Reports have it that government and or pro-government persons or groups acting separately and or collectively on the ubiquitous “orders from above” organised themselves into strike breakers and forcibly broke the ranks of #ENDSARS protesters, thus converting what started as a peaceful protest ultimately into a bloodbath. We hope we have learnt our lessons from ‘ENDSARS and a similar thing will not happen with the ongoing NANS protests.

Eventually, the government sent soldiers to break the #ENDSARS protests at the Lekki toll gate, which had become its epicentre. Allegations that scores of peaceful protesters, sitting on the floor and waving the national flag, were mowed down in cold blood continue to be stridently made even as counter-protests that nothing of such happened have not stopped to be made. The commission of enquiry set up by the government did little to put the matter to rest. We must not allow the NANS protests that the students have started taking from one prime location to another to end up in another bloodbath. The government must act quickly to get the students off the streets by reaching an agreement with ASUU. As they say, where there is the will, there is always a way. To have allowed this strike to linger for eight months, and still counting, is a clear demonstration of irresponsible behaviour by the Buhari administration. If this is not a clear abdication of duty, then, I do not know what again is!

Two: Protests, especially by students, often turn violent when the police handle matters with highhandedness, throwing canisters of tear gas and even using life bullets on harmless and defenceless students. So far, we have not seen such bestiality and brutality on display since NANS started its current protests. Protests are fundamental human rights in a free and democratic country, which Nigeria professes to be. The duty of the law enforcement agencies is to protect demonstrators in the exercise of their freedoms of liberty, of speech, of protests, and of association. Citizens are at liberty to vent their grievances against their government in a peaceful and orderly manner. This is not an offence at all. And in the exercise of these rights, no one requires a police permit or police restriction. Fundamental human rights are God-given, inalienable and Constitutionally-guaranteed rights that the police cannot abridge. So the police and other law enforcement agencies must be advised that they should do nothing to attempt to abridge the rights of the university students to protest the continued closure of their schools.

In a patently diversionary tactic meant also to buy time and possibly safe face, the Federal Government belatedly dragged ASUU before the Industrial Arbitration Court, asking that the court order the union to suspend its strike and return to work. While the meat of the matter is sub judice and we may not dabble in it, we must ask why it took the government this long to come to that decision! What reasonable men and women of conscience and people conversant with their responsibilities would have done was what former President Goodluck Ebele Jonathan told the nation he did when a similar ASUU strike was dragging unnecessarily during his tenure. Jonathan said he personally took charge, presided over negotiations with ASUU all through the night and the matter was quickly resolved. Why is Buhari not toeing the same line of reasoning? His ministers having failed serially to resolve the logjam, Buhari ought to know it is time for him to personally take charge. Buhari taking charge personally may also send the right signal that the government now means serious business.

ASUU on its part cannot rest on its oars. It must realise that even if it gets paid all the backlog of salaries for work not done after school resumes, there is no way the universities can fully recover lost grounds. The students especially will be the greatest losers. There is no way they can ever be taught everything they would have been taught under normal conditions. They will be rushed. We will be graduating half-baked graduates. That way, we shall be cheapening university education. Falling standards or lowering of standards of university education here cannot be lost on the international community as well as on the labour or employment market. The lecturers themselves must realise that de-marketing the universities also impacts negatively on themselves. How can they proudly rub shoulders with their colleagues from other parts of the world when their own universities here have been reduced to glorified secondary schools? They have no choice other than to begin to think out of the box. They must begin to look for better methods of fighting a good cause.

If you think ASUU officials themselves are left off the loop, you will be wrong. Many of them are accomplices with the top university officials in frittering the universities’ resources. It is an open secret that many union leaders leverage on their privileged position to pressurise, intimate and blackmail equally compromised university administrators to escape censure as well as gain access to privileges and positions they ordinarily do not merit. Gown and Town have really both meshed in a most despicable manner! So, the rot is not one-way but is multi-dimensional. Sad; so, so sad!