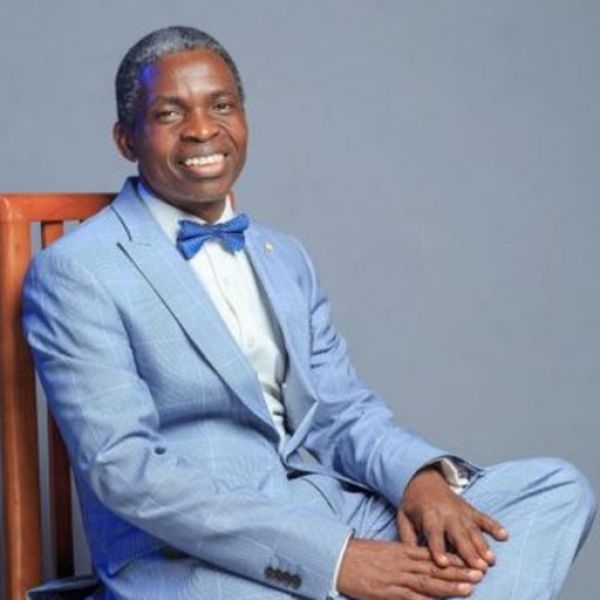 The study examined the causes and effects of building failure with respect to cost in Lagos State, Nigeria. The study concluded that the major causes of building failures were bad design, faulty construction, overloading, non-possession of approved drawings, possession of approved drawings but non-compliance, the use of quacks, error in design, poor workmanship, and poor communication. Also, the level of compliance with the approval of building plans before construction commencement was found to be very low. This could be hinged on the ineffective monitoring mechanism put in place by the relevant government agencies and the low level of awareness of the existing Building Control Agency by clients/contractors (sic).” - Oseghale, Ikpo and Ajayi (2015), Civil and Environmental Research, Vol. 7, No. 4, pp. 44-53.

In reminiscing the flora greenery, depicting natural beauty that bespeaks conducive ambience for learning, of the great citadel of learning that the then University of Ife, UNIFE, (now Obafemi Awolowo University (OAU)), Ile-Ife, Nigeria was, yours sincerely was opportune to be part of the undergraduates that passed through the four walls of that great institution in the early eighties. Aftermath of the preliminary one year, all prospective engineering students would then formally apply for their preferred departments in the then faculty of technology. It is instructive to pinpoint that one of the erstwhile vice chancellors of UNIFE, the late Professor Ojetunji Aboyade, once pontificated that the preliminary one year in the institution was needed to correct admission errors of the Joint Admission and Matriculation Board (JAMB) as all students scoring less than Cumulative Grade Point Average (CGPA) of 1.00 are advised to withdraw. It was an authoritative advice that all concerned had no choice but to accept. Such was the strict adherence to academic standards in the old UNIFE. Specifically, all students admitted into the faculty of technology would pass their first (prelim) year in the faculty of sciences to cut their teeth and see which department they would fit in the faculty of technology based on their CGPA in the first two semesters in the university. Students willing to be admitted to read civil engineering and architecture were required to score not less than CGPA of 3.50. This columnist's desire before getting admission to Ife was to be a civil engineer. In order to make this dream a reality, yours sincerely had to put in dint of discipline and diligence to make the list of undergraduates to be admitted into the prestigious civil engineering department.

It is with great nostalgia I could recollect the rigors of learning, sharing, and engagement at UNIFE. Great lecturers with depth and dedication to didactic ethos that undergraduates of the days of yore had just two options: either fall in or out! Relevant to the topic of this article is one episode in the civil engineering class of one of the then highly revered professors, Olusola Ogedengbe, of blessed memory. Whilst lecturing, Ogedengbe would often slice in his jovial anecdotes to drive home his point as an experienced teacher. Then this particular day, he shared a bad episode of a surgeon who committed a blunder leading to amputating the wrong leg of a patient: instead of cutting off the left leg, he inadvertently severed the right leg; the latter was functioning normally! The grim outcome: the hospital was sued and ultimately closed down!! Professor Ogedengbe then admonished: “… Gee! You would have killed a lot of people before you know you are a bad engineer!!” An atmosphere of serenity, solemnity and soberness enveloped the lecture room as we glanced at one another whilst simultaneously shaking our heads. However, that singular sharing riveted into the fabric of virtually all of us till we graduated and even into the field of practice. Ogedengbe went further to say that a doctor, through error may kill one or a few; an engineer through his own error could kill in numbers! Imagine an overhead bridge, over a lagoon or sea, linking a commercial nerve centre with a vastly crowded residential district collapsing at a peak period of movement!!

Whist many would be congratulating the new Honourable Commissioner for Physical Planning and Urban Development (MPP&UD), Engineer ‘Tayo Bamgbose-Martins, this columnist would, in satirical mien, be saying to the well-weathered engineer, in the words of the late sage, Tai Solarin, “may your road be rough!” Having served in various MDAs in the prestigious Lagos State Civil Service reaching the topmost echelon as Permanent Secretary, Ministry of Works and Infrastructure, till his retirement in 2015, he is not a novice in the State of Aquatic Splendour. However, with the incidence of incessant building collapse in the Centre of Excellence, will he restore sanity to the system such that this sordid menace will not only subside but stop? It is instructive to point out that Engr. Bamgbose-Martins cut his teeth under the tutelage of the revered Professor Ogedengbe, aforementioned in this treatise, at the Department of Civil Engineering of the then UNIFE, now OAU. In addition, Bamgbose-Martins is a Fellow of the Nigerian Society of Engineers (FNSE) as well as a Registered Engineer with the Council for the Regulation of Engineering in Nigeria (COREN). Factually and stating it saliently, in the context of the thriving building and estate development industry in Lagos, he is no stranger. In earnest, Engr. Bamgbose-Martins, with his men and women (his Permanent Secretary, Engr. (Mrs.) Abiola Kosegbe – a seasoned civil engineer too) in the Ministry of Physical Planning & Urban Development and the other agencies under the ministry must muster their competency, capacity, capability and cerebral acumen to cause collapse of buildings to cease in the Centre of Excellence. Enough is enough! Need anyone advising the new helmsman and his team to change the paradigm? It is said in management practice, that it is insane to expect a different result if we keep doing the same things.

Research studies have been conducted, with some fixating on Lagos, as to the causes and effects of collapse of buildings on the environmental and socio-economic spectrum of Nigeria. In a research study published in the Civil and Environmental Journal, the trio of Oseghale, Ikpo and Ajayi (2015), alluded to the humongous losses of lives, limbs, credibility, property and funds that any clime or country suffers when confronted with incessant cases of building collapse. It is worrisome and irksome that “no fewer than 84 persons have lost their lives in 18 building collapses in Lagos State in the last two years, ...” (Punch, 10th September 2022). How to end this unwholesome occurrence should be uppermost in the mind of Engineer Bamgbose-Martins as he assumed office exuding excitement and eagerness to excel.

In the context of Lagos, the work of the new commissioner is well cut out for him with the grim and gory statistics staring him and his team at MPP&UD at the face. It would require a rational, robust and rigorous process to be imbibed, inculcated and institutionalized (overtime) for cases of collapse buildings to be checkmated in the state. What are the main causes of collapse? It would be good to meticulously and metrically establish these in going forward. It would be better not to be cognitive (thinking about it in the head) but rather explore rigorous research inquiries to decipher the actual causes as the record of collapse within the last two years is upsetting and unsettling! Within the extant practice and in the context of Lagos, known causes of building collapse are: use of substandard materials, bad design by not patronizing qualified professionals, adoption of crooked construction methods especially by quacks, unnecessarily loading of building beyond designed capacity, lack of maintenance, foundation failure, failure to carry out or non-adherence to soil and material testing, lack of modern monitoring and enforcement during construction, ignorance, negligence, corruption and sabotage. However, there are also natural causes such as earthquakes (almost non-existent in the context of Nigeria), flooding, heavy storms, etc.

In concluding this write up, it is rational to proffer ways and means of preventing building collapse within Nigeria context having practiced the civil engineering profession in Nigeria, involving designing, supervision, upgrading and construction of buildings, roads, bridges and drains spanning almost two decades. Cardinally, rigorous and proactive regulation by relevant government agencies is germane. Moreover, the professional bodies should monitor professionals and sanction errant ones appropriately as a deterrent to others. Furthermore, the professional bodies such as COREN, Nigeria Institute of Builders (NIOB), Nigeria Institute of Architects (NIA), etc. should engage or parley more with the state and federal governments for more proactive relevance in enforcing standard practices across board whilst punishing errant consultants and contractors irrespective of whose ox is gored. Secondly, there should be regular sessions of stakeholders’ engagement by government agencies so that citizens would understand the layers of processes and relevant agencies to contact in obtaining building permits. This is crucial and core to curbing or checkmating corruption in the context of Lagos State, the supposedly biggest construction site in West Africa. Thirdly, it is recommended to profile building collapse cases that had occurred in Lagos State within the last five years and statistically decipher where, what, how, when, which and who are the concerns, causes and culprits. This is referred to in monitoring, evaluation and learning (MEL) as “Lessons Learnt.” This would be fed into the system and aid policy makers in the future decision-making process. Fourthly, the extant law regulating building construction should be strictly applied and strengthened to ensure enforcement. Culprits should not be spared but appropriately sanctioned no matter their standing or status in the society. This would ensure that everyone would strive to conform to the law. Fifthly, there should be an allowance for whistle blowers to intimate particular department or unit of MPP&UD with imminent or impending occurrence of building collapse. Whistleblowers should be adequately rewarded in cash and kind. How would this work? MPP&UD will publish certain signs or symptoms of imminent or impending collapse in newspapers; run advertisements on radio and television; ministry’s website and on the major social media platforms. Such signs and symptoms to look out for are: buckling beams and columns; displaced columns or pillars; cracks in walls, floors, beams and columns; bulging walls; sagging floors or floor deflecting from walls; cracking or dropping arches; excessive peeling of plastering from walls; uncommon or cracking noise emanating from buildings; previous fire damage to a building; windows, doors, floors and stairs out of level. It is the submission of professionals in the building industry that there would not be occurrence of sudden collapse without the presence of at least one or two of the above early warning signals, which if reported early can save lives and properties whilst the regulating authority takes appropriate and timely action.