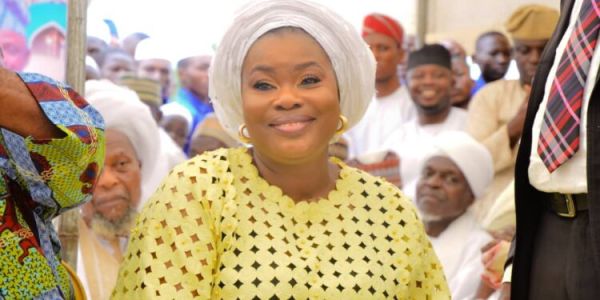 Watching the woman you love drift away from you because you are poor is a mean sight. It’s even a sadder sight when it’s not that she doesn’t love you. But a woman counts the cost before she starts building, which is why every smart woman knows that love is not enough to sustain any lasting relationship. She may want to wait but when the wait becomes endless, she is going to start listening to other things apart from your professions and confessions of love especially if her biological clock is ticking very loudly.

Times and things are hard in this country and even beyond. We are all struggling to make ends meet and keep our dreams alive. If we are going to be honest, more often we feel like giving up instead of going on. It is particularly a tough season for our men, young and old, single or married. It is becoming increasingly difficult to resist the temptation to stray from the straight and narrow path. They want to do things right, the way their mothers taught them, the ways their fathers counselled them. But it is hard to find jobs, start a business and sustain them, harder still to make girls wait until things get better. Now, that last part is tough and painful. More and more men are throwing caution to the winds and doing whatever needs to be done to get ahead.

Abel puts his experience this way.

‘The dry spell has remained unbroken for seven long years. I have struggled to find a job; struggled to keep my sanity when the job I found after three years stopped paying salaries just after within six months of my resumption. I have been a squatter since graduation. The green pasture I thought I saw had become dry and brown. Bimpe loved me but I’m 35 and she’s 34. Once upon a time, we spent every free time together. Now she has an excuse to even be late for my birthday lunch. I know she’s seeing someone else and I’m depressed but I still don’t have my own accommodation at 35! She wants to get married and start a family. Do I look like someone, anyone’s husband or father? If I lose her, she’d be the last girl I lose to this life of struggle. I’ll do something about my life, anything.’

That last sentence is heavy on desperation, right? So, what do you think he should or will do? Yahoo-yahoo is an option. Yahoo-plus is another option. The consequences are dire but there’s no space for those today. Let’s just focus on the other options. No, not armed robbery. It’s another kind of robbery, the one I call designer hustle for hard guys.

Our old folks call them gigolos but these hard guys say it’s using what you have to get what you want. They say if it’s okay for women to marry for money, why is it taboo for men? Why must men do the heavy lifting all the time while the girls live the soft life? Both girls and guys should eat the same sauce and be happy. Yes, men are now okay with sleeping their way, not just to the top of their career ladder but into the soft life. I was as shocked as you are but not any longer. Men are now boldly dating for money, marrying money, sleeping with their female bosses to get ahead. And it’s not just the single men. The married ones are in on the game too. You know where that leaves the women? At the giving and receiving ends. Yes, the sugar mummy is a woman and the one being cheated on is also a woman. How does that make you feel? Because I don’t know how it makes me feel at a time like this. All I know is that just like every action, there will be reaction, consequences and repercussions. Just like with every step taken in the dark, into the unknown, you could step into danger. The sweetness of such gambles tends never to last for long.

‘But who cares after all these years of all my friends catching up with me and leaving me behind?’ Timi shared his bold foray into the bosom of a matured woman for the total pleasures therein and more. And the far-reaching consequences, of course.

Timi, a lawyer, had been married for 10 years when he joined a new and bigger law firm. It is a family firm that was started by Amina’s grandfather. She was 42, single, beautiful, and smart but with no child. “When I saw her for the first time, it took a huge chunk of my inner strength not to say ‘wow, you are beautiful’ to the slim, shapely beautiful daughter of a goddess getting herself a cup of coffee. She walked back to her desk but it was my legs that shook. There and then, I knew I had to do something for her and for myself. She is wealthy because apart from the wealthy briefs from wealthy clients, she still had other businesses on the side. Looking back now, I’m no longer sure if I was the one who went after Amina or she saw an opportunity and grabbed it with both hands but we ended up in each other’s arms.

‘The first thing I noticed was she worked very long hours, sometimes 12 to 14 hours. She would go for a business dinner and still return to the office to work till midnight before calling it a day’.

For Timi and other predatory males, Amina’s devotion to work was a sign she was lonely. He stepped in and in no time at all set about providing regular cure for his boss’s loneliness. It started with lunch while they went over documents, then breakfast at her place ahead of big meetings. Then dinner, yes just dinner, and finally the dinner where Amina was part of the menu, or was it where Timi was the dessert. Whatever, Timi and Amina started eating each other and the forbidden fruit soon became a staple. That was when Timi learnt that the reason Amina had no child was because her first marriage broke down, not because she couldn’t conceive but because she couldn’t carry a pregnancy to term. Many miscarriages after, she was branded a witch because her bush in-laws simply concluded that her growing wealth was connected to her miscarriages. And so, she was waiting for the right guy to support her mission for assisted motherhood via surrogacy.

Of course, by the time they got to that sensitive point, she was spoiling Timi silly; a new car, new accommodation in a choice area close to Ikoyi where she lived in Lagos. She took up most of his bills and opened doors of opportunities for him. He was getting the choice briefs and travelling a lot within and outside the country. In less than two years of their relationship, their twin girls arrived via a surrogate. Amina was beside herself with joy. She bought him a nice house in Lekki as a surprise.

For five years, Timi and Amina were able to keep their stuff under wraps until Timi’s wife, Kemi, started sniffing and probing. She eventually found what she was looking for. And boom, the sh-t hit the fan and all hell broke loose.  She tore at her dress and pulled out her hair. She screamed until she was hoarse. She cried until her eyes bulged. Then she started with the threats and curses. If you have seen or listened to a Yoruba woman who feels betrayed, you’ll have a fair idea of what heat descended on Timi.

‘If anyone had said it’s your water that will cook my fish…’.

‘You, ingrate. Ah, the mind of a man is evil. How could you do this to me, after all that I went through with you?’

‘I married you when you had nothing, now that you have, I’m no longer good enough right?’.

Timi took the heat, allowed Kemi to let off the steam and then he told her the full story and the secret of how their three children are able to attend highbrow schools and mingle with the city’s blue blood. He told her how they were able to move from their ‘near-Lagos’ residence to Lekki and how he could afford to send Kemi and her children on ‘Summer holidays’, buy her regular aso-ebi and designer bags. Yes, Kemi’s jaw fell to the floor especially when she heard the hard part. All the perks will end if Kemi attempts in any form to harass their benefactor, Amina. The cushy job may end. Their lives as they knew it would change, forever. Kemi jumped and threw herself on the floor some more, then accepted her new reality. Her ‘co-wife’ is her husband’s boss.

Does anyone of you see any hard guy, in these hard times, giving up all that nice package because his distressed wife is screaming, one who is driving a 2020 Toyota Camry she didn’t buy with her sweat? I’d like to know.