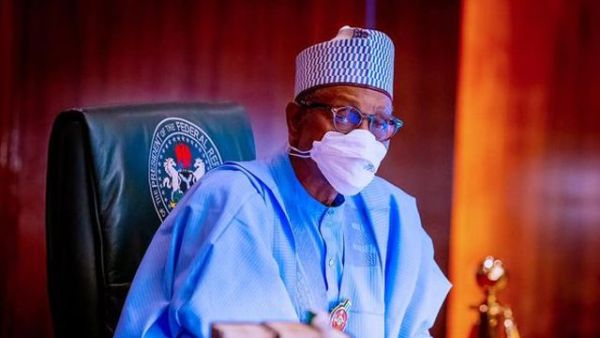 Many writers, columnists, researchers, political activists, economists, financial experts, lobbyists, etc have been on this same topic since the 60s, of how financially and economically prudent it is for Nigeria to slash down the cost of governance but unfortunately, nothing has been done about it till date.

I am just here to lend my two-piece, hoping that the government decision and policymakers find it note-worthy.

Aside from corruption, one of the plagues facing Nigeria is the mismanagement of resources which is what has landed the country into this current state of economic quagmire. Nigeria is currently in a deep economic crisis and what a prudent manager or entrepreneur will do when his company is facing harsh economic realities is to cut down the cost of the day to do management of the company which starts from the retrenchment of some workers that can be done away with at the time being, reduction of frivolous spendings, placing on hold some project that are not essential or that are not of immediate importance; focus only on essential projects. whenever the company recovers, they can now go back to their extravagant lifestyle if they so wish.

Every top-tier company in the world adopted this method when they are facing strict economic conditions; billion dollar companies like Amazon, Meta (Facebook), and even Twitter are currently retrenching thousands of their workers worldwide in order to cut down their cost of management and stir themselves out from loss back to profitability. This is what is taught in business and economics schools and it is as well commonsensical as you do not need to be an alumnus of London Business school to know this.

For instance, during the public presentation of the Federal Government of Nigeria’s budget proposal for 2022 and 2021 budget implementation rundown, the Minister of Finance, Budget and National Planning, Mrs. Zainab Ahmed revealed that in the first eight months of 2021, the country recorded the revenue of N3.93 trillion but  N8.14 trillion has already been expended. N2.87 trillion was spent on debt service while N2.57 trillion was spent on Personnel costs, including Pensions.

There is no country or company that can ever survive the long-term run if the expenditure keeps exceeding their revenue; that company will fold up in no distant time.  According to the Nigerian Minister of Finance, in the first 8 months of 2021, N3.93 trillion was earned in revenue but a whopping sum of N2.57 trillion was spent on just recurrent expenditure of payment of salaries, pensions, gratuities, etc. I do not need to have a bogus degree in economics or finance to predict that the country is heading toward economic and financial doom, worse than what we already are.

Some government agencies and parastatals need to be merged; for instance, the Federal Road Safety Corps and the Vehicle Inspection Office need to be merged. They carry out functions that are not so distinguishable from each other and sometimes their duties overlap. Some ministries as well need to be merged, while some need to be scrapped totally. There is also no justification that there will be three senators representing one state in the senate chambers considering the amount it costs the country to service one Senator on a monthly basis. The number of House of Representatives members from each state needs to be looked into as well.

There is a lot of personnel in government agencies and ministries who are just there loitering around and it is clear that they do not have a clear assignment and are of no use to the government as their employer.

Once most of the “not so useful” personnel is retrenched, it will not just save more money for the government, but it will also speed up the decision-making process in government agencies and also cut down the unnecessary bureaucratic protocols that are employed before decisions are made in government offices.

Be it as it may, there is no gainsaying that the opportunity cost for this act of cutting down the cost of governance by letting go of some “not so useful” government personnel is that it will increase the unemployment rate and also reduce the government earnings in tax but the way to get it right is to pump the money that will be saved up from cutting down cost directly into the private sector and make the economy more enabling for the SMEs to thrive. In every country of the world where capitalism or mixed economy is practiced, the number one employer of labour is the private sector and never the government.

Governance is not as difficult as those in the whims of power make it seem; some policymakers no doubt know these basics things to do but the bureaucracies and unwanton protocols won’t let them do the right thing.