[OPINION] Clipping the Wings of the CBN - Ganiyu A. Ogunleye 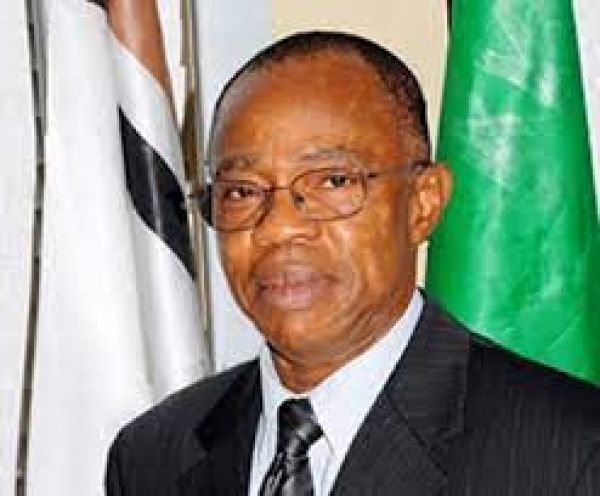 At the Senate’s plenary on September 27, 2022, a Bill to amend the Central Bank of Nigeria (CBN) Act, 2007 was deliberated upon. As reported in the media, the Bill focused on three issues namely; 1) Appointment of an outsider as the chairman of CBN Board of Directors, 2) Fixing the remuneration of board members and 3) Approval of annual budget to be submitted to the National Assembly (NASS) for consideration. In summary, the proposed amendments seek to erode the bank’s operational independence contrary to the existing Section 1(3) of CBN Act 2007 which states “——the Bank shall be an independent body in the discharge of its functions.” This is not the first time that a desire to erode CBN’s autonomy will be initiated by the Senate. In 2012 a similar move was made on which I had commented. With the re-opening of the issue a decade later, one is obliged to weigh in.
The proposal is of public interest; therefore, its rationale should be disclosed to the citizenry to which legislators are accountable. At that day’s plenary, the Bill passed the second reading and was referred to the Senate Committee on Banking, Insurance and Other Financial Institutions for further legislative input. The committee is expected to report back in four weeks. Without prejudice to the legislature’s power to make or amend existing laws, one will expect that the exercise of such powers should seek to promote a sound financial system as well as socio-economic well-being of the citizenry. Unfortunately, the proposed amendments to CBN Act 2007, with regard to the three issues noted above seem not to appreciate the sensitive and unique role of a central bank in the economy.

Ordinarily, amendments to an existing law should seek to strengthen an institution’s capacity to execute its mandate rather than weaken the institution. If the proposed amendments which would introduce a part-time chairman and remove the board’s power to approve the bank’s annual budget, are passed, the combined effect would erode the independence of the CBN as well as politicise its operations. Given the Nigerian setting, political heavyweights will lobby to be appointed chairman of the CBN board. For example, if a narrow-minded politically-exposed person is appointed as chairman, the possibility of using the position to gain political capital cannot be ruled out. Similarly, if a person with a mercantile disposition is appointed chairman, the tendency to use the position for pecuniary benefits cannot be discounted. The executive duality (i.e Chairman/chief executive officer) nomenclature in the governance structure of central banks is not peculiar to the CBN. It is the feature of most central banks all over the world. The overriding objective is to insulate central banks from undue external pressure either from the political authority or industry players thereby preserving institutional independence. Since the enactment of CBN Act 24 1991, the bank had endeavoured to preserve its autonomy by resisting political pressure. For instance, when CBN assumed control of five distressed state-owned banks in 1993, the governors of the owner-states presented a joint protest letter to President Babaginda and sought a reversal of CBN action. The then governor late Alhaji Abdulkadir Ahmed (of blessed memory) wrote on the protest letter:- “this is banking, not politics” and CBN stood its ground. Similarly, when CBN introduced stricter provisioning for credit facilities to governments in 2001, state governors protested to President Obasanjo. The guideline stipulated that, “credits to all tiers of Government and their Agencies shall with effect from the end of July 2001 attract 50% provision on performing credits and 100% for classified credits”. While the governors saw the policy as a hindrance to fulfilling their electoral promises, CBN stuck to its position. The divergence of positions between central banks and political authorities occurs from time to time. One can also recall that the immediate past president of the United States of America (Donald Trump) had disagreed with the interest rate policy of the Federal Reserve board (popularly referred to as FED) and wanted it to do his bidding but the Board refused to do so. In response, Trump publicly criticised Jerome Powel, the FED chairman appointed by him. It was therefore, not a surprise that the incumbent president (Joe Biden) re-appointed Powel as FED chairman. A professional central bank will resist political pressure while pursuing its mandate.

The proposed amendment of the CBN Act is not in the long-term interest of the Nigerian economy. If it is successfully passed, the CBN will be taken back to its status in 1990 (that is 32 years ago). As a career staff of CBN spanning 30 years (1974-2004) I lived through the evolution of CBN from bondage to freedom. Before the promulgation of CBN Act 24, 1991 and Banks and Other Financial Institutions Act (BOFIA) 25 1991, the CBN was under the supervisory purview of the Federal Ministry of Finance. There were instances when CBN’s professional positions were overruled. I will cite a few examples to illustrate the predicament of CBN before it gained independence through the promulgation of Acts 24 and 25 of 1991. Sometimes in 1989, the Nigerian Security Printing and Minting Company (NSPMC) submitted an application for banking licence which CBN rejected for being inconsistent with NSPMC’s mandate. The CBN was queried for rejecting the application by the Federal Ministry of Finance. There were other instances of divergent positions between the CBN and Federal Ministry of Finance (FMF) over exchange rate and interest rate policies with FMF’s position prevailing.

Even though the CBN Act 24 and BOFIA 1991 had given CBN autonomy, subsequent implementation revealed certain inadequacies. For example, under BOFIA 1991 CBN had the power to approve the issuance of banking licence but withdrawal of licence was subject to the approval of the Head of State (President). It was not until 1998/99 under General Abdusalami Abubakar’s regime that BOFIA was amended to confer the power to withdraw banking licence on the Board of CBN. In the same vein, CBN Act 2007, strengthened the independence of CBN by addressing security of tenure of the Governor and the bank’s ability to conduct monetary policy in pursuance of financial system’s stability.
The foregoing narrative highlights the fact that previous amendments to CBN enabling legislations had sought to enhance its autonomy and capacity to discharge its mandate rather than to weaken it as contemplated in the current proposed amendments. Without the autonomy which CBN had enjoyed over the years, the major reform initiatives it had carried out such as adoption of universal banking (2000) bank consolidation (2004) and 2009 regulatory intervention could not have been possible.

Perhaps, a short commentary on the concept of independence would assist our lawmakers to soft pedal on their proposed undesirable amendments. For this purpose, I associate myself with the conceptualization by Marc Quintyn and Michael Taylor in their article titled: “Should Financial Sector Regulators be Independent?” They took the position that “making central banks independent frees them from political pressure and thus removes the inflationary bias that could otherwise unsettle monetary policy” They then identified four dimensions of independence namely: regulatory, supervisory, institutional and budgetary. While Regulatory Independence: relates to ability to set prudential rules and issue regulations to guide conduct of banking business Supervisory Independence: entails close monitoring of operations of financial institutions and enforcing sanctions (including revoking licences). The CBN currently exercises its regulatory and supervisory independence under the provisions of BOFIA, 2020 Institutional Independence: entails security of tenure of executive management, governance structure composed of experts, freedom to conduct monetary policy as well as open and transparent decision-making process while Budgetary Independence: involves insulation from political pressure, freedom to staff the agency and prompt response to imminent financial sector crisis but subject to clear accountability framework. The CBN Act 2007 has provisions to ensure institutional and budgetary independence which should not be tampered with. It should be emphasised that budgetary independence is critical to any central bank’s ability to exercise the three other dimensions of its independence. Neither its lender of last resort role nor its financial system stability mandate can be effectively executed without budgetary independence. Regrettably, the proposed amendments by the Senate will effectively erode CBN independence. It is therefore, recommended that the Senate should let the four dimensions of independence enunciated in this contribution guide its deliberations. The lawmakers are urged to appreciate that the four dimensions of central banks’ independence are internationally accepted and Nigeria should not be an exception.

To further assist the legislature in its deliberations, the lessons of inadequate independence in some countries are hereby brought to its attention. The 1994 banking crisis in Venezuela provides a classic example. This was succinctly documented in a book titled “COLLAPSE- the Venezuela Banking Crisis of 1994” by Ruth de Krivoy (Former President, Central Bank of Venezuela) published in 2000. In her words “I told Velasquez (i.e Venezuela President) of my regret that all of the Central Bank’s attempts since 1992 to inform the government about the banking systems growing problems had gone essentially unheeded .......But we were powerless to correct the banks’ structural problems” She further stated that “the instability of the financial system led to sustained capital outflows and constant strong attacks on the currency” One of the numerous recommendations she made relates to law-making which she presented as follows: “Legislature must keep pace with changes in the financial industry. Legislators must stay abreast of changes in the market, and update laws as often as needed to allow banks to remain safe, sound and competitive” She cited Denmark whose prudential supervision law passed in 1975 had been amended more than twenty times to keep pace with developments, as a good example. Also, in their review of the East Asian crisis of 1997-98 Quintyn and Taylor noted that lack of independence worsens financial crisis. They cited the case of Indonesia where “when the crisis hit, the central bank procedures for dispensing liquidity support to troubled banks were overridden” by the political authority. Various studies have concluded that central bank independence is “essential to counter the natural preference of politicians for expansionary economic policies that promise short-term electoral gains at the risk of worsening inflation in the long run”

On the basis of the foregoing, the irresistible conclusion is that the autonomy currently enjoyed by the CBN should not be whittled down. The benefits of CBN autonomy to the economy and the financial system are very enormous. What should be of concern to the legislature is accountability of the bank. Therefore, the legislature is enjoined to deploy its enormous oversight powers to ensure that the CBN is accountable in the exercise of its autonomy. Independence without accountability is a recipe for disaster. Where there is misconduct or dereliction of duty, it is the officials involved that should be sanctioned. The bank should not be the villain. It is the officials conducting the affairs of an institution that should be held accountable for their actions or inaction. The power to make or amend laws should not be used as a weapon of weakening institutions.