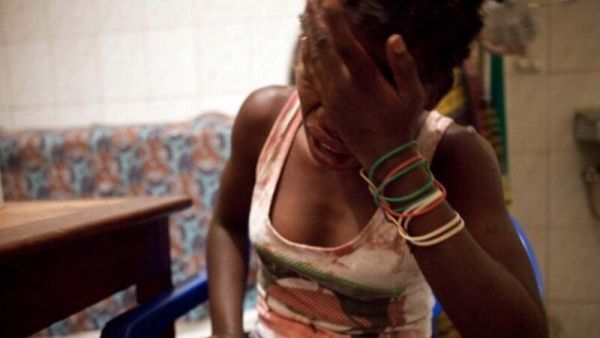 "The true character of a society is revealed in how it treats its children." ~ Nelson Mandela
The unending news of child rape and defilement is one that continues to send sadness down the spine. The need to wake up to this gory act before it festers beyond total control propelled this piece.
In a report by UNICEF, "six out of ten Nigerian children experience emotional, physical or sexual abuse before the age of 18". In 2020, the Lagos State Ministry of Youth and Sports Development also recorded 2,154 child abuse cases, with sexual defilement topping the list with 1,005 cases. These are heart-wrenching reports that should provoke the concern of a society that truly cares about her children.
For child defilement to be curtailed, the shallow mentality of dropping all blame at the government's doorstep needs to be called to a halt, as not just the government, but everyone has got a vital role to play in stemming this menace.
Parents, who are the first agents of socialization, need to hearken to their responsibility and devise strategies to call their children's attention to timely sensitization. Parents need to tell their children about predators who are constantly on the prowl to prey on innocent kids. Some of their devilish antics, like wrong touch, calls to sit on laps, and bullying, could be explained. Questions about these, as well as regular check-ups that could easily reveal the predators' secrets, should be in the top gear.
The existence of sex education in our schools should not be a subject of debate. Children should be aware of predatory tactics and should avoid them, as well as speak up even when threatened. Research has it that the ignorance and gullibility of untold children is what predators ride on to take advantage of uninformed children.
Society has got a role to play too. More NGOs need to be at the forefront, lending a dissenting voice against child defilement while coming up with therapeutic plans for victims of the abuse.
To surmise, the government has got a lion's share of these responsibilities. More sanctions should be meted at rapists and child predators. Effective implementation of the child rights act needs to see the light of day. Sections 216 and 218 of the criminal code both recognize the defilement of minor boys and girls as an offense of felony. In the best interest, implementation of strategies like that of Governor El Rufai of Kaduna State, which in 2020 approved surgical castration for convicted rapists of children under the age of 14, would also engrave serious fear in the minds of potential child molesters.
"Whilst child abuse may be committed behind closed doors, it should never be swept under the carpet," asserted the former British barrister, Constance Briscoe. In these measures, anyone found as culpable should be made to face the wrath of the law, regardless of their status, influence, or wealth; lest innocent children continue to be predisposed to danger, mental trauma, stigmatization and loss of self-worth.
575 times