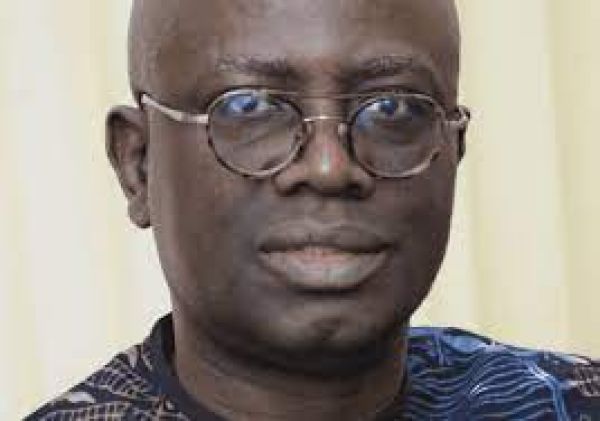 You may accuse President Muhammadu Buhari of many things but not flippancy. He is a man who rarely speaks and on the few occasions he does, he picks his words. So, when a man like that concludes a prepared text at a public ceremony and then adds that he has a personal experience to share by way of ‘digression’, people pay attention. That was what happened last week at the National Institute for Policy and Strategic Studies (NIPPS) Senior Executive Course No. 44 (2022) with the theme, ‘Strengthening Local Governance in Nigeria: Challenges, Options and Opportunities’. The president pointedly accused an unnamed governor of stealing 50 percent of the money belonging to local governments in his state.

Before I proceed, it is important to put context to the presidential accusation. On 22nd May 2020, President Buhari signed Executive Order No 10, which sought to grant financial autonomy to the legislature and the judiciary in the 36 states, in line with provisions of the 1999 Constitution as amended by the 4th Alteration Act, No.4 of 2017. The Executive Order was challenged by the 36 Governors who argued that it goes against the letter and spirit of our federal constitution. And in a six to one decision by Justices in February this year, the Supreme Court agreed with the governors by declaring Executive Order 10 unconstitutional, illegal, null, void and of no effect whatsoever.

That was the background to the presidential lamentation. “If the money from the Federation Account to the state is about N100 million, N50 million will be sent to the chairman (of local government), but he (chairman) will sign that he received N100 million. The governor will pocket the balance and share it with whoever he wants to share it with,” said the president who cannot be accused of not knowing what he was talking about. ‘‘And then the chairman of the local government must pay salaries and to hell with development. When he pays salaries, the balance he will put in his pocket. This is what’s happening in Nigeria. It’s a terrible thing; you cannot say the person who was doing this is not educated. He was a qualified lawyer, he was experienced, yet he participated in this type of corruption.”

Because the president referred to a specific governor (current or former) who happens to be a lawyer, one can infer that the accusation is not directed at all governors. But in a way, the president was also general in his accusation which means many governors are involved in this sharp practice. Besides, Buhari’s allegation came in the context of discussing how that tier of government has been crippled. Two years ago in my column, ‘Democracy and the grassroots’, I addressed this same problem. Beyond management of their finances, which I also highlighted at the time, there are other issues that need to be addressed if local government administration is to have any meaning in Nigeria. Due to its topicality, my column of 27th August 2020 is reproduced below with minor editing.

The 1999 Constitution (as amended), provides that each of the 774 local governments in the country is vested with powers to establish and maintain cemeteries, burial grounds, and homes for the destitute or infirm; license bicycles, vehicles, canoes, wheelbarrows, and carts; regulate slaughterhouses, markets, motor parks and public conveniences as well as construct and maintain roads, streets lightings, drains, parks, gardens, open spaces etc. They are also to register births, deaths and marriages and name roads, streets, and houses, while providing and maintaining public conveniences and refuse disposal among other functions. Perhaps most significantly, local governments are expected to provide and maintain primary, adult, and vocational education and health services.

Despite such huge financial resources, local governments are not playing their roles. Sadder still, they cannot account for the humongous amount of money allocated to them because governors have conspired to render local government administration in Nigeria completely prostrate. Not only have they hijacked council funds, but they also recruit their personnel as well. The national president of the Nigeria Union of Local Government Employees (NULGE), Comrade Ibrahim Khaleel once argued that “the concept of bringing governance closer to the people through a third-tier participatory form of government has not materialized in Nigeria.”

After tracing the history of reforms of local government from the Dasuki Committee of 1976 to the Etsu Nupe report of 2003 and several Supreme Court rulings, Khaleel gave a damning verdict: “there is no state in Nigeria where one form of illegality or the other is not committed with the funds of local governments. Through over deduction of primary school teachers’ salaries; spurious state/local government joint projects, sponsoring of elections, taking over the statutory functions of local governments and handing them over to cronies and consultants; non-payments of pensioners and non-utilization of training fund despite the mandatory deduction of stipulated percentages for these purposes, we can go on and on. Most of these shameful activities are known to all of us.”

To be sure, local government administration in Nigeria has always presented a challenge, but it has never been as bad as it is now under the current dispensation. And it begins with the election of officials. Even though democracy is a never-ending process of inquiry that requires the validation of voters, in Nigeria, catch phrases such as ‘the will of the people’, ‘the people have spoken’ have, over the years, become no more than false constructs, especially regarding local government elections. If our democracy is to survive and thrive, we must examine this charade. For the benefit of readers, let me highlight results of the last local government polls in many of the 36 states.

In December 2016, the Abia State Independent Electoral Commission conducted LG polls, where almost a million people were recorded as having voted. The ruling Peoples Democratic Party (PDP) in the state won all 17 chairmanship and 292 councillorship seats. “There was no election anywhere in the state,” the All Progressives Grand Alliance (APGA) secretary, Sunday Onukwubiri, told reporters. A year earlier during the 2015 general election, Governor Okezie Ikpeazu had secured 264,713 votes (representing 59.4 percent of total votes cast) to defeat Dr Alex Otti, the then APGA candidate who secured 180,882 votes (representing 40.6 percent of total votes cast). Yet, APGA could not win a councillorship seat at the LG polls. That has been the pattern in practically all the states.

Last December (2019) in Adamawa, candidates of the ruling PDP won all the 21 chairmanship and 226 councillorship seats in the state. Akwa Ibom is billed to conduct the local government election on 31st October this year (2020) but the APC has already seen the handwriting on the wall by threatening a boycott. In the last one conducted in December 2017, PDP won all the 31 chairmanship and 329 councillorship seats. “Details of scores will be made available by the field operations/logistics department of the commission,” according to the state electoral commission chairman, Aniedi Ikoiwak, who only gave round figures without providing any breakdown of the results!

In Anambra State where LG polls have not been held in the past six years, businessman, Chief Arthur Eze, has issued a stern warning to Governor Willie Obiano: “I want him (Obiano) to know that since he has refused to hold local government elections, he must be ready to vomit all the allocations and revenues of the councils at the end of his tenure. He will not go free. I have taken up the matter formally in writing with President Muhammadu Buhari concerning all Southeast governors who have refused to organise council elections but chose to unilaterally usurp the functions and finances of that level of government. They will all be called to account. None will get away with it.”

In June 2018 in Rivers State, the ruling PDP won all the 23 chairmanship and 302 councillorship positions. In Sokoto, the then ruling APC (now PDP) won all the 22 chairmanship and 234 councillorship seats at the March 2016 local government elections. In June this year, after the Taraba State Independent Electoral Commission (TSIEC) chairman, Dr Phillip Duwe declared PDP candidates the winners for both chairmanship and councillorship positions in all 16 local government councils, he urged the defeated candidates and parties to understand that ‘leadership comes only from God.’ But after the February 2017 LG poll in Yobe, the state electoral commission chairman did not beat about the bush: “Having received and compiled the election results, all the 17 candidates of the APC in the chairmanship category are declared winners.” And in the LG polls conducted in April last year by the then outgoing Governor Yari of Zamfara State, his APC cleared all the 14 chairmanship and 147 councillorship seats.

Ordinarily, the essence of voting is for citizens to decide how they are governed. But in a situation in which Nigerians have been conditioned to believe that exercising their franchise in local government elections is simply a waste of time, then something is wrong with our system. To change the trajectory of our country, there must be institutional reforms, beginning with the charade we now call local government elections. Aside from wasting enormous resources on these meaningless elections, the governors do not even pretend that they consider them serious. In Gombe some years ago, the state government engaged a contractor to supply ballot boxes for the LG polls. The contractor went to China for the procurement, but the election was conducted, and winners declared before the ballot boxes were eventually delivered.

In their book, ‘How Democracies Die’, Steven Levitsky and Daniel Ziblatt argued that while there is a general tendency to believe that a democracy is imperilled only by military adventurers, it is now the elected leaders who most often subvert the very process that brought them to power. These are men who have no qualms “rewriting the rules of politics to permanently disadvantage their rivals”, the authors wrote before adding, “The tragic paradox of the electoral route to authoritarianism is that democracy’s enemies use the very institutions of democracy—gradually, subtly, and even legally—to kill it.”

It is in the enlightened self-interest of the governors to change the current narrative on local government elections in the country.

ENDNOTE: While President Buhari is right on the money (literally and figuratively), regarding local government administration in Nigeria, reform will require more than financial autonomy. As crucial as that may be. Unless our leadership recruitment process changes, the situation will remain the same!