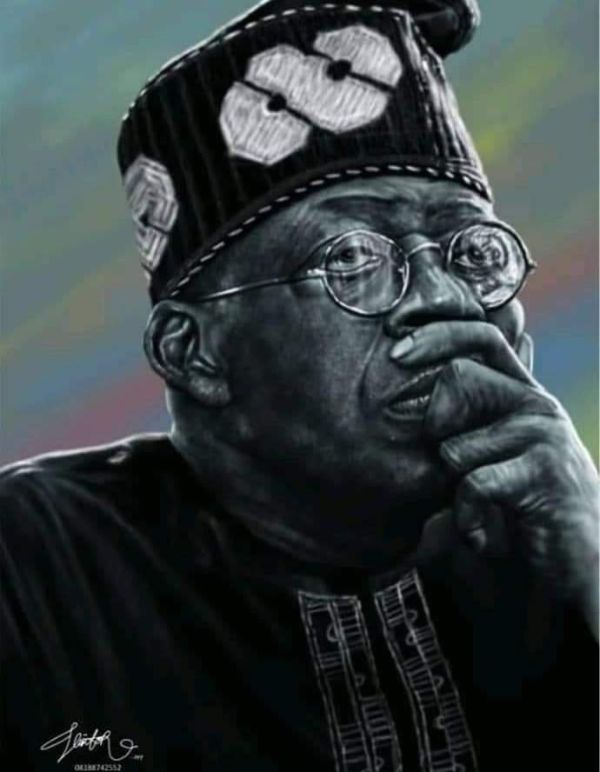 The bill to establish Lagos Metropolitan Area Transport Authority (LAMATA) was signed by Bola Tinubu in 2002 to coordinate transport planning, policies and public transport infrastructure implementation in the Lagos metropolitan area. This innovation has produced the Lagos Bus Rapid Transport (BRT) system and the Lagos State Strategic Transport Master Plan (LASSTMP) as well as the Lagos Rail Mass Transit system. Today, we hear of the Blue and the Red rail lines which are part of the “Seven Rail Line Vision” being implemented by the incumbent Governor Babajide Sanwo-Olu who was also part of the committee that designed the plan in 2005.

Sometimes in July this year, the United States announced that it is building its largest embassy in the world in Eko Atlantic City. This was a terrain that used to be washed by perennial flooding, and even forced the Federal Government and the state government to abandon their guest houses and liaison offices. The Federal Government annually spent billions of naira to pour sand into the ocean to prevent flooding but to no avail. But the Tinubu administration then requested the Federal Government to hand over the beach to Lagos State and the Bar Beach flood prevention line was first constructed. This challenge has now transformed into the ogling construction of the Eko Atlantic City, a brand new city emerging from the belly of the ocean.

Re-engineering the state’s Board of internal Revenue and its revenue collection capacity led to aggressive resource mobilisation. Now renamed Lagos State Internal Revenue Service, the Tinubu administration reformed the tax administration process through the computerisation of the State’s tax assessment records and the introduction of electronic tax clearance card—a fraud-free, convenient method of keeping taxpayers record. The result? Internally-generated revenue of Lagos rose from about N600m per month in 1999 to an average of N5billion per month in 2006, with revenue peaking between N6.9bn and N8.1bn per month in March 2007.

Lagos State became the first state to approach the capital market to raise development funds through the issuance of bonds which were successfully floated. A former Solicitor-General of the State and commissioner for Lands in the Tinubu administration, Mr. Fola Arthur-Worrey, better put this in perspective in his 2012 essay on Tinubu’s exemplary developmental leadership where he said, “…the mix of Tinubu’s top-notch knowledge of financial systems with the legal and financial knowledge inherent in his team and among the civil servants in the finance and budget ministries and the debt Office, the fact that Asiwaju had ensured that there was an up-to-grade state finances audit report and with the input of external experts, we saw it through.”

By the time Tinubu left office in 2007, the state’s reliance on statutory allocations from Federation Accounts had been reduced to about 25 percent that the state was unperturbed by the seizure of more than N23.6 billion by the President Olusegun Obasanjo-led federal government—an indication of its financial stability. Today, Lagos makes the greatest contribution to Nigeria’s leading economic indicators with industries, including manufacturing and service delivery, banking, and telecommunications services.

The restructuring of the State’s Ministry of Works and Housing during Tinubu’s tenure, which involved the upgrading of the housing department into a full-fledged Ministry, marked the beginning of the reform in the Housing sector. Coordinated by the Lagos Building Investment Company (LBIC) and the Lagos State Development and Property Corporation (LSDPC) for better management, the ministry was tasked with providing 500 housing units annually. Through this, the Michael Otedola Low Income Housing project was revived as well as others like the Abraham Adesanya Housing Estate, part of the Jubilee Housing Scheme, is a 1,300-unit complex for low-income people. The ministry itself took on the initiative of the project. The Oko Oba flats in Ikeja’s Oregun Estate, the Femi Okunnu Housing Estate in Lekki, and the Mile 2 Housing Estate in Lagos were also completed and delivered. Gbagada 1&2, Ibeshe, Ikeja 1, Ikeja 2, Oko Oba/Alaba, and Ewu Elepe were also targeted for development. To ensure improved governance at the grassroots, Tinubu created additional 37 local councils areas, bringing the total number of councils to 57, even against the refusal of the National Assembly to list the councils in the constitution.

Beyond a presidential candidate, Nigeria needs a performer, a reformer, and a visioner who carries with him an institution made up of progressive ideologies, a proactive and highly resourceful individual who has committed to the work of advancing Nigeria.

What the nation needs is a system of government built on the assemblage of quality men and women with the much required mentality and resources to push Nigeria forward, the ones that comes with the institution called BATOCRACY.