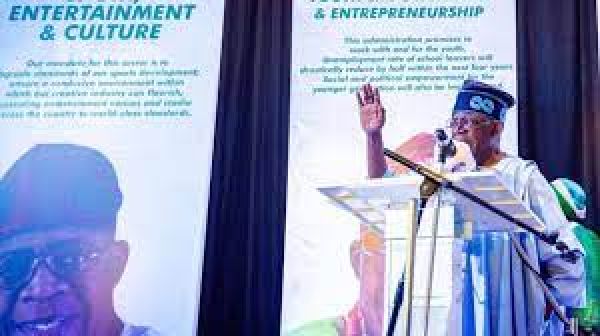 Politics in Nigeria is largely of the transhumant variety. It is not defined by any big ideas. With the exception of perhaps the late Chief Obafemi Awolowo, Nigerian politicians have been  largely devoid of clear ideological moorings. Freed as such from the forces of ideological gravity, the only impetus that they respond to for the most part is from the stomach. Gravity in Nigerian politics tends to be a force defined by the imperative of human grazing.

An opposition may be essential for democracy to thrive but no Nigerian politician or party wants to linger in that neighbourhood. In power for 16 years at the centre, the Peoples’ Democratic Party (PDP) has been an abject failure since it went into opposition in 2015, unable to articulate any alternatives to the unmitigated disaster that has been the government of the All Progressives Congress (APC). Both parties are separated by a revolving door.

Almost without exception, the leading actors in Nigerian politics have changed or evolved party affiliations with disconcerting regularity. Such frequent transition between different parts of the political alphabet soup can induce neural disorientation or a short-circuiting of even the most grizzled of political wirings to produce logocentric consequences. This may explain the rich harvest of political malapropism that has come to define Nigeria’s current political season.

Take, for instance, the case of Dino Melaye. In 2007, the people of Kabba/Ijumu Federal Constituency in Kogi State, north-central Nigeria, elected him to the House of Representatives on the ticket of the PDP. Eight years later, he took the oath of office as Senator for Kogi West on the platform of the APC. Today, Mr. Melaye, is official raconteur for the PDP presidential campaign. It is, however, not clear that his political wirings have purged themselves of their days in the APC. At the rally of the PDP presidential campaign in Maiduguri, Borno State, on 9 November, Dino passionately informed the people that they were going to be “voting APC everywhere.” One person tweeted in response that this kind of malapropism could only be the result of a tendency to “change party like pant.” It is difficult to fault this logic.

Some malapropisms bear the hallmarks of an unforced error. On a trip to Port Harcourt, capital of Rivers State, the Labour Party presidential candidate, Peter Obi, who was born in 1961 and did not enter High School until well after the Nigerian Civil War, which ended in 1970, appeared to claim that he had played football with a man who was born in 1948 and whose high school sojourn ended in the year that the civil was began. Some of his supporters tried in vain to clothe the implausible in the garb of the sensible. To his credit, Mr. Obi quickly walked back the claim.

This is much more than can be said for the presidential candidate of the APC, Bola Ahmed Tinubu, who is increasingly unable to open his mouth without unleashing a verbal  outbreak of proverbial frogs. In the middle of October 2022, he proudly conferred on Kaduna State Governor, Nasir El-Rufai, a genius for “turning a rotten situation to a bad one.” To the majority who struggled to comprehend what this meant, Tinubu sneered that they “need to understand idioms.”

There has been little idiomatic about Tinubu’s mandibular malingerings since then. At the launch of his presidential campaign in Jos, Plateau State, on 15 November, Mr. Tinubu prayed for God to “bless PD…APC”. He flew thereafter to Owerri in Imo State in the same week where he suffered a catastrophic brain fart, addressing his audience about the profound business of “ba la blu, blu blu, bulaba….”, that has now become a legend of digital memes.

When he campaigned in Oporoza, in the Gbaramatu Kingdom of Delta State, on 25 November, Mr. Tinubu referred to the candidate of his party as the in-coming governor of “Niger Delta State”, a place that does not exist in Nigeria. The following day, in Lagos, he could not recall the Permanent Voters Card (PVC), admonishing his supporters instead to “get your APV, APC, you must vote.” He alone knows what “APV” means and while APC is a noun, you cannot vote with it but can only vote for its candidates.

Spokesman to the Tinubu campaign, Festus Keyamo, spins this bewildering harvest of malapropisms as evidence of Mr. Tinubu’s “sense of humour”, but on this he sounds as if he  mocks his principal. Even a person with Mr. Keyamo’s artistry in shiftiness cannot dare take himself seriously on this point. Columnist, Farooq Kperogi, is more credible when he explains Mr. Tinubu’s barely believable descent into incomprehensibly infantile dialects in terms of  “the public indication of a cognitive decline.” Youth organizer, Ifeoma Chiata equally fears that Mr. Tinubu’s malapropisms are “a red flag” which raise questions about his cognitive capacity for the presidency.

That may be up to Nigerians to decide but some malapropisms invite serious legal consequences. Around 24 November, it emerged that Chief Justice of Nigeria, Olukayode Ariwoola, attended a state banquet in Port Harcourt, Rivers State, at which he publicly indulged in what one writer has described as “disgraceful and embarrassing hagiographic adoration” of a sitting state governor, while also appearing to align himself with a faction of the opposition PDP led by five state governors who have given themselves the moniker “Integrity Governors”. Indeed, the Chief Justice went as far as referring to them by that moniker. In a scathing editorial, one national newspaper mildly characterized the conduct of the Chief Justice as “unfortunate.”

At least three issues that arise here. First, a judiciary whose credibility is already in the doldrums suffers when falsehood becomes the mechanism by which anyone chooses to defend it or the Office of the CJN, as Dr Akande tried to. It would have been within the ballpark for him to admit the words that the CJN did indeed utter but explain them away or apologise for them. If the defence of the CJN is founded is falsehood as is routine with politicians, how do we trust the Supreme Court or the larger judiciary over which he presides?

Second, this situation could easily have been avoided if the CJN had declined an invitation that was manifestly fraught with political landmines. Having attended, he could have declined to speak. He chose neither. As one citizen said on twitter: “attending the event at all was probably not a very wise decision.” The office of the CJN is the one in the country entrusted exclusively with exercising judgement. On this occasion, the incumbent showed a profound lack of it.

Third, by his conduct the CJN exposed himself to a credible charge of having breached rule 1(5) of the Judicial Code of Conduct which prohibits judges from social relationships that are improper “or may give rise to an appearance of impropriety or that may cast doubt on the ability of a Judicial Officer to decide cases impartially.” From every case involving the PDP at the Supreme Court, this Chief Justice must now recuse himself or risk being asked to do so either by the parties or by public opinion. That is an untenable position for a Chief Justice in a country in which nearly every election invariably ends up before the Supreme Court.

Now, in the middle of high political season, we confront a judicial malapropism with slow burning reverberations of high political salience. And we still have nearly three more months of campaigning yet to run. The real tragedy is having to harbour the thought that while Dino Melaye committed a malapropism, the Chief Justice of Nigeria may have committed a judicial malfeasance. That is a distinction with a difference.