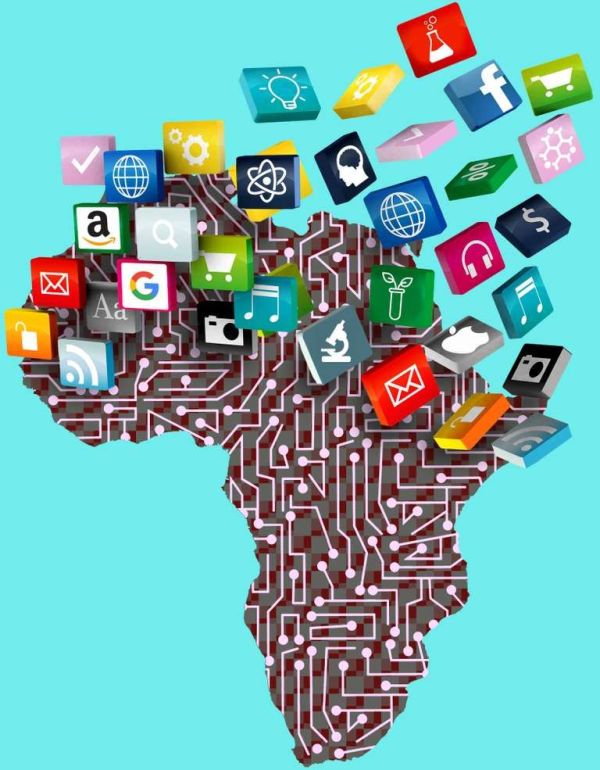 Africa in post Industrial Digital Space-age of 21st Century-world. What level of industrialization is expected of the continent classified among the third world countries? The Information Age (also known as the Computer Age, Digital Age, Silicon Age, or New Media Age) is a historical period that began in the mid-20th century, characterized by a rapid epochal shift from traditional industry established by the Industrial Revolution to an economy primarily based upon information technology. How do you explain a continent classified as poor yet with abundance resources. Hence the need to leapfrog to digital economy.
The Fourth Industrial Revolution '4IR' and digitization will ultimately transform Africa into a global powerhouse. Although, Africa has yet to harness the full potential of its agricultural sector, and 4IR technologies provide an opportunity to do so. Farming alone accounts for 60 percent of total employment in sub-Saharan Africa, and the food system is projected to add more jobs than the rest of the economy between 2010 and 2025. Farm labor and income is especially important in sub-Saharan Africa, where on-farm activities represent almost 50 percent of all rural income in countries like Ethiopia, Malawi, Nigeria, and Tanzania.
Although the African continent is blessed with gold, diamonds, oil, colton, bauxite, uranium, iron ore and other valuable resources, its inhabitants have long numbered among the world’s poorest. While a few sub-Saharan African nations are doing relatively well, most are mired in poverty. That a continent’s abundant natural resources can in so many cases have so little effect on its people’s quality of life over so many years is one of the great mysteries surrounding the grouping of 49 nations located south of the Sahara desert.
Africa has so far witnessed serious intrinsic setbacks in her socio-economic activities. This from an in-depth observation, is not unconnected to the inept capacity to productively transform her natural resources and lucratively mobilise human equivalent to safe the sinking continent from self-inflicted poverty and socio-economic deprivation to a more progressive, prosperous and all-embraced one - blessed with abundant human and natural resources, Africa is often referred to as the poverty centre of the world or resource cursed continent.
Today, comparing Africa to the west is not just futile but also deeply uninteresting. Firstly because it is more readily understood that the same systems shape people’s lives where ever you are – as the global Black Lives Matter protests show for example. And secondly, because the continent is continuously recast and reimagined by the images, memories, and stories that African people themselves tell. One possible explanation comes from the Nigerian author Chinua Achebe, who said: “The west seems to suffer deep anxieties about the precariousness of its civilisation and to have a need for constant reassurance by comparison with Africa.”
Nigeria factor in the post Industrial Digital Space-age: The Nigeria Digital Economy Diagnostic says that with improvements in digital connectivity, digital skills, digital financial services and other core areas of digital development, Nigeria can fully unleash new economic opportunities, create jobs and transform people’s lives. As the biggest economy in Africa with one of the largest populations of young people in the world, Nigeria is well-positioned to develop a strong digital economy, which would have a transformational impact on the country.
From the foregoing, I am compelled to take sides with Albert Einstein when he said, “education is not the learning of facts but the training of the mind to think.” With the Fourth Industrial Revolution (4IR) now in motion, it would be banal to state that our educational system in Nigeria is over due for a revamp. Now, we must think of our future and how well to secure it, particularly for the younger generations.
*CONCLUSION* Technology has and still continues to play a vital role in the development and advancement of African economies at large. Technology is constantly reinforcing regional trends in business, investment, opportunities and modernisation, which accelerates globalisation in developing countries. We have witnessed stupendous growth of technology entrepreneurs – from startups and innovation centres/hubs from South to East, North to West Africa. Therefore, Nigeria need to replicate her version of the 'Silicon valley' for the African hub.
1. We must strive to bring more females and youths into the Science, Technology, Engineering and Mathematics knowledge domain.
2. We must most emphatically embark on enabling participation in the learning and teaching of digital knowledge and tools for today and future economy. While it may be possible for African nations to “leapfrog” directly to newer technologies, it is more likely that developing the relevant worker know-how, infrastructure, and corporate capabilities necessary to leverage the potential value of these technologies will be a very gradual process.
3. We need to re-orientate the mindset of our youths and develop policies that encourage them to become good citizens and active participants in the democratic process because responsive leadership requires functional citizenship.
4. The Fourth Industrial Revolution '4IR' may likely provide the much expected starting point or springboard for rapid industrialization in Africa, as well as reposition Nigeria as the authentic hub and giant of the African continent in terms of economy and industrialization effect.
638 times