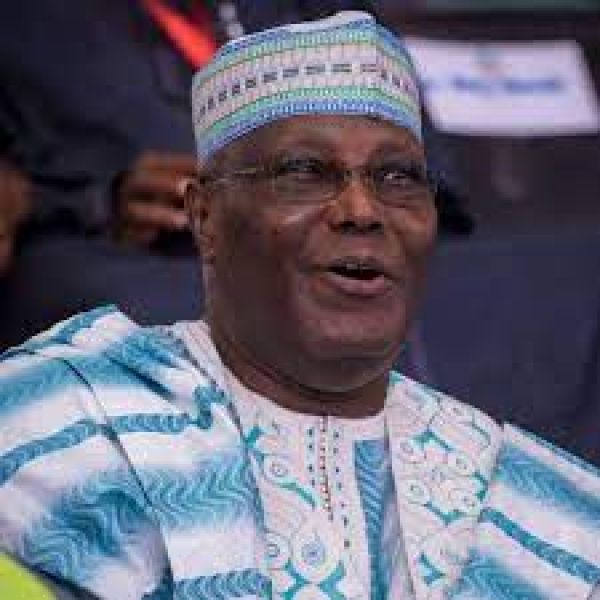 With 2023 silhouetted against the political horizon, and the full cast of the major political actors in full glare, something has become very glaring. It looks like we are back to the political season of 1979, and the Class of 1979 is on parade, once more!

In other words, history seems to be repeating itself. Every day, HE Atiku Abubakar looks increasingly like the new Alhaji Shehu Usman Aliyu Shagari, Nigeria’s first Executive President, October 1, 1979-December 31, 1983. And the similarities are uncanny – be it background, marriage, the choice of running mates or a pan-Nigerian platform etc.

First, the circumstances of birth. Both Shagari and Atiku had fathers who were Fulani traders, farmers and herders. Both lost their fathers in infancy, and were raised by others. While Shagari lost his father, Aliyu Shagari, when he was just five and was cared for by Uncle Bello, Atiku lost his father at age 11 and was looked after by his step-father.

But Atiku’s case was worse as he soon lost his mother to the cold hands of death too. He became an orphan before he could learn the full meaning of the word. Still, he didn’t become a deviant by turning to the underworld or the motor-park.

Second, his platform is the most nationally accepted, most organised and the most national in outlook. Like Shagari, Atiku is a polygamist. And in the latter’s case, marrying from the North, Southwest and Southeast, his large household is a tapestry of national unity, a veritable study in Nigeria’s diversity or heterogeneity.

But the most important factor going for the former vice president is the political configuration. In 1979 when Shagari won the 1979 presidential election, Nigeria had five registered political parties. These were, in no particular order: The NPN, PRP, UPN, NPP and GNPP.

Three of the parties were, majorly, from the North and had Northern presidential candidates. The NPN fielded Alh. Shehu Shagari, a self-effacing teacher from Old Sokoto; PRP fielded a fiery radical in the person of Mallam Aminu Kano (Old Kano) and the GNPP gave its ticket to the quiet millionaire-business man, Alh. Waziri Abrahim. He hailed from the Old Borno State. Shagari was Fulani; Aminu Kano was Hausa and Waziri Ibrahim was Kanuri. And all of them Muslims.

The Southern parties were the NPP and the UPN, and naturally, this was where both had their greatest strengths. Whereas the UPN fielded Chief Obafemi Awolowo, an organisational genius, Dr. Nnamdi Azikiwe, the flamboyant orator, flew the flag of the NPP.

Awolowo was Yoruba, and swept Yorubaland, what is today the Southwest. And Azikiwe, popularly called the Zik of Africa, took the Igbo states of old Anambra and Old Imo. Today, the then NPP Belt would be known as the Southeast.

The strongest parties (NPN, UPN and NPP) made inroads into other zones, as it were. Besides clearing the North-Central plus Bauchi, the NPN also won the Old Rivers and Old Cross River states. Altogether, Shagari/NPN won seven states i.e. Sokoto, Niger, Bauchi, Benue, Kwara, Rivers and Cross River!

Awolowo/UPN snatched Bendel State in what is today the South-South to add to their tally of Lagos, Ogun, Ondo and Oyo states. The NPP too made an inroad into the North-Central, taking Plateau State. Plus, Imo and Anambra, Azikiwe now had three states in his kitty.

What the 1979 elections produced was a Zowabia map/triad, with Shagari (North) leading with seven states; Awolowo, second with five states and Azikiwe last, with three states!

So, is the past unfolding right before us, and we don’t (care to) know? Is HE, Alh. Atiku Abubakar, the new Shehu Shagari?
Like the NPN, the PDP is the only national party at the moment. The rest look like political contraptions or locomotives without drivers hastily assembled to capture power, massage personal egos, advance tribal hegemonies or even enthrone fundamentalist theocracies.

From the foregoing, we can substitute NPN/Shagari, UPN/Awo and NPP/Zik with PDP/Atiku, APC/Tinubu and Labour Party/Obi respectively.
But we can extend it further: Former Kano State Governor, Dr. Rabiu Musa Kwankwaso, is the new Aminu Kano. That means his NNPP is the new PRP. Take note that there is no Waziri Ibrahim or his GNPP here.

We return to the trio of Atiku, Tinubu and Obi. Besides being a Northerner, Fulani and Muslim like Shagari, Atiku’s educational qualifications are comparatively humble too. He is not a lawyer, like Awolowo – although he has a Diploma in Law – and he is not a political scientist, like Azikiwe – although he can be described a Professor of Practical Politics.

And unlike Obi and Tinubu respectively, he is neither a banker nor an accountant – although he was a Tax officer at some point: Atiku is just a prepared and ready, public service vessel, destined by providence for a time like this.

Just as in Shagari’s case, God seems to be telling Nigerians that certificates don’t necessarily make a man, especially in a season or clime where some of the people parading high certificates have, in some cases, no classmates; and in others, questionable moral credentials!

So, Atiku is the new Shagari. But is Obi also Azikiwe? Does he measure up? Does he have Owelle’s socio-political stature or his charismatic personality? Does he have Zik’s spell-binding oratory or sartorial elegance? Does Obi command Pan-Igbo respect the way Zik did as the authentic Igbo leader? Is he considered an Igbo leader?

All said and done, Obi doesn’t have Zik’s magnetic personality and may not be able to make any meaningful electoral impact in the Southeast. But thanks to the Internet buzz, Obi’s LP may cause enough upsets for some of its candidates to be elected into State Assemblies and even the National Assembly. And that will be that.

The political implication is that Atiku will still make a good showing in the Southeast, a traditionally safe PDP stronghold. And, by the way, like Shagari, Atiku’s running mate is an accomplished Igboman whose name is also Ifeanyi! Plus, like Dr. Ifeanyichukwu Ekwueme, this Ifeanyi is also a Doctor!

Nigeria can ask the same questions of Bola Tinubu. Does he have Awolowo’s thorough grounding? Is he a paragon of moral integrity the way Awolowo was? Does he have Awolowo’s intellectual depth, his ideological grounding or the sage’s presence of mind? On these grounds, few genuine Awoists who cherish his Awo’s memory will like him mentioned in the same sentence with Tinubu. For starters, Awo didn’t go into the 1979 polls with an identity crisis nor did he have a cloud of suspicion over his neck.

Today, Tinubu is mired in controversy upon controversy. He is associated with illicit businesses. His age, health, sources of income, the schools he claimed to have attended, his parentage and state of origin etc are all subjects of undying controversy and inconclusive judicial scrutinies!

Awo suffered no such damaging liabilities. So, the question is: Can Bola Tinubu re-enact the Awolowo political magic? The answer is a resounding No. Proof: He lost Osun, his state of origin, to the PDP just a few months back.

The political implication is that Atiku will do very well in the Southwest, evening winning, outright, states like Osun plus Ogun and Ekiti. And like Shagari, Atiku, with his countrywide alliances, will retain his party’s political dominance of the “South-South” i.e. the Old Bendel, as well as Akwa Ibom, Cross River, Bayelsa and, yes, Rivers State!
That’s the new NPN map, and Atiku is redrawing it, exactly, if not better.

Finally, a word on Kwankwaso/NNPP, the new Aminu Kano/PRP. Kwankwaso is a great politician in his own right, but he is nothing near the revered champion of the Talakawas (the masses). Where the former was an ideological politician, the latter is a vulture of fortune. And where Aminu Kano was a true friend of the masses, Kwankwaso is a political hustler who merely uses “my people” as a political slogan.

Even with his noisy Kwankwassiya Movement, he still lacks Aminu Kano’s charm, respectability and magnetism. His petty feuds with his erstwhile ally, Gov. Abdullahi Ganduje have already left him sapped politically. And his inconsistent relay through the various parties in the last few years has left him winded and stupefied. In one word, therefore, Kwankwassiya is wind!
When he loudly boasts that he will not step down for Atiku Abubakar, he is only being impervious to the lessons of History 101. Aminu Kano said the same thing in 1979, and even snubbed coalition talks with the NPN, but in 1981/82 when his “pupils” expelled him from his own party, it was to the conservative NPN that he ran for refuge.

So, much as I will not want to rain on his parade, rain will soon start beating Kwankwaso, and he will seek accommodation under the Umbrella he now despises with glee.  That day is coming, and it won’t delay.

And, in like manner, Atiku has the Bukola Sarakis, the Iyorchia Ayus, the Maina Waziris, the Sule Lamidos, the Udom Emmanuels, the Aliyu Babangidas, the Liyel Imokes, the Lee Maebas, the Celestine Omehias, the Muktar Shagaris, the Umar Damaguns etc.
Indeed, Atiku is truly coming. And history is not only repeating itself – history is repeating on his side.