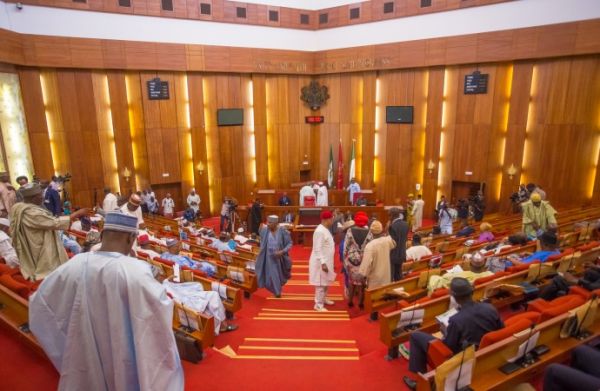 The Nigerian upper legislative chamber, the Senate, has disclosed that the country lost $2 billion to oil theft within eight months.

The red chamber’s ad-hoc committee made the disclosure on Tuesday following its investigations on oil theft covering January to August this year.

However, the committee didn’t mention any individual or corporate entity that perpetrated the alleged economic sabotage ravaging the country.

Also, the Senate at plenary has adopted the committee’s report as presented by its chairman, Senator Albert Akpan Bassey but said it had impacted far-reaching recommendations in stemming the tide.

The committee, in one of its findings, said, “Nigeria lost over $2 billion to oil theft between January and August 2022, with consequent loss of revenue that would supported the country’s fiscal deficits and budget implementation.”

Further, part of the report indicated that concerted efforts being made against the crime have been positive, with Forcados Terminal producing 500,000 barrels per day now as against zero production in the first six months of the year.

Besides, Bonny Terminals was said to be producing 87,000 barrels of oil per day now as against zero production a couple of months ago due to activities of economic saboteurs.

It also said the provisions of the Petroleum Industry Act, PIA, should be adhered to by NNPCL as regards the functions of the established agencies.

And that there is a need for immediate streamlining of agencies present at the terminals in line with the relevance of their PIA-delineated upstream and midstream/downstream statutory functions, among others.