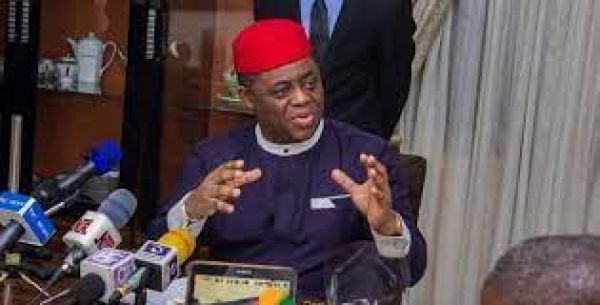 A former Minister of Aviation, Femi Fani-Kayode, has mocked the manifesto of the Labour Party recently released by its presidential candidate of the party, Peter Obi.

The former Anambra State governor released the 72-page document titled: “It’s POssible: Our Pact with Nigerians” at the Labour Party Secretariat in Abuja on Saturday.

In the document, he outlined his plans for the country, including the revamp of the economy, security, and corruption if elected as president next year.

Fani-Kayode, who reacted to the Manifesto in a post on his social media handle on Sunday, dismissed it as a pact with Lucifer.

The APC chieftain slammed Labour Party supporters as intolerant of other people’s opinions, adding the party should not be trusted with power next year.

He wrote: “Obidients have expelled the DG of their own Presidential Campaign Council due to allegations of fraud and misappropriation of funds. Obidients have treated most of their leaders that are not from the East with contempt.

“Obidients are the biggest and most vicious trolls on social media and their official spokesmen often refer to those that oppose them in the most unprintable terms referring to our candidates as devils, monkeys, demons and Nebuchadnezzar.

“Obidient presidential candidate Peter Obi is embroiled in allegations of drug deals in Malaysia and has been proved to have secret, shady and hidden bank accounts with millions of dollars tucked away in far away Panama.

“Obidient Vice Presidential candidate, the shady Mauritanian refugee, Dati Ahmed, is a murderous, sociopathic, homophobic and homicidal maniac who is devoid of the liberal and accommodating nature of real Nigerians, who wants all homosexuals and members of the LGBTQ to be killed, who is more ignorant than a vagrant itenerant goat, who is a holocaust denier and whose Nigerian nationality is questionable.

“Obidients are fascistic thugs who constantly threaten the lives of those that oppose their views and candidate, who have publicly threatened to rape, sodomise and maim female members of the APC PCC for supporting BAT and who are intolerant of opposition and criticism.

“The Obidients are very dangerous people who are fuelled and propelled by bitterness, hatred, envy and incalculable resentment, who have an insidious fascistic agenda and who cannot be trusted with power.

They have just unveiled their so-called manifesto which they labelled ‘A Pact with Nigeria’. The reality is that their pact is not with Nigeria but with Lucifer. May God deliver our nation and people from them.”