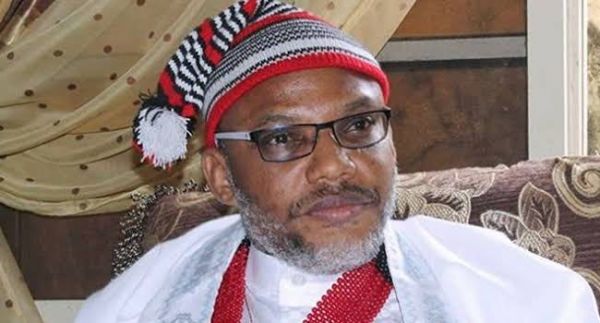 Mazi Nnamdi Kanu, did not direct Southeasterners to sit-at-home on 4th day of October, 2022 or any other day he is to appear in court,  a statement issued yesterday by the Indigenous People of Biafra (IPOB)lead counsel,  Ifeanyi Ejiofor, has said.

He urged members of the general public to go about their normal business activities on the said date.

Ejiofor went on to dismiss speculations that Kanu will appear at Federal High Court Umuahia, Abia State next Tuesday when a fundamental rights enforcement suit filed on his behalf is scheduled to be held.

This is as IPOB has said that Presidential candidate of People Democratic Party (PDP), Alhaji Atiku Abubakar lacked the capacity of stopping the Biafra agitation.

The group which was reacting to statement credited to Atiku claiming he would stop Biafra agitation if he becomes Nigerian President, cautioned him against mentioning its name during his campaign in any part of the Southeast.

Clearing the air on Nnamdi Kanu’s position on the Monday sit-at-home, the separatist  group’s lawyer, Ejiofor said:“Let the members of the general public be properly informed and appropriately guided, that we have the firm instruction of Onyendu Mazi Nnamdi Kanu, to inform the public, lovers of freedom and UmuChineke, that Onyendu will not be coming to court on the 4th day of October, 2022.

“As such, Onyendu neither directed, approved nor authorised anyone to declare a sit-at-home on that date.

“Members of the general public are advised to go about their normal business activities on this said date.

“This clarification has become compelling and necessary, in view of the avalanche of misleading information on the social media, and plethora of calls I have received from concerned UmuChineke to this effect.

“It is to be noted too, that Onyendu Mazi Nnamdi Kanu has several suits pending against the Federal Government of Nigeria, her agencies and officials, in various courts across the Country.

“However, kindly note that Onyendu Mazi Nnamdi Kanu, still never approved nor authorized that on the said dates, the members of the general public be directed to sit at home.

The group, in a reaction to a statement credited to Atiku claiming he would stop Biafra agitation if he becomes Nigerian President, cautioned him against mentioning its name during his campaign in any part of Southeast.

In a statement by its Media and Publicity Secretary, IPOB advised Southeast politicians to warn him to stop using Biafra agitation championed by its leader, Mazi Nnamdi Kanu for his political campaigns.

The statement reads in part: ”Our attention has been drawn to the laughable and disgraceful statement credited to the PDP presidential candidate, Alhaji Atiku Abubakar, in Enugu State where he was ranting about how he would stop Biafra agitation if he becomes the President of the Nigeria.

“Biafra Independence movement struggle being championed by IPOB is beyond the zoo’s local politics. IPOB being the largest liberation movement in the world has a crop of intellectuals in her leadership doing great works and are unstoppable by the criminal Nigeria politicians.

“Atiku Abubakar and his corrupt political gang must know that we allowed them into Enugu State does not mean we don’t know what to do to stop them from entering Enugu State ever again.

“As much as we are a civilized movement, we don’t want to be used for corrupt election campaigns or we will force them to stop their campaigns in our territories.”