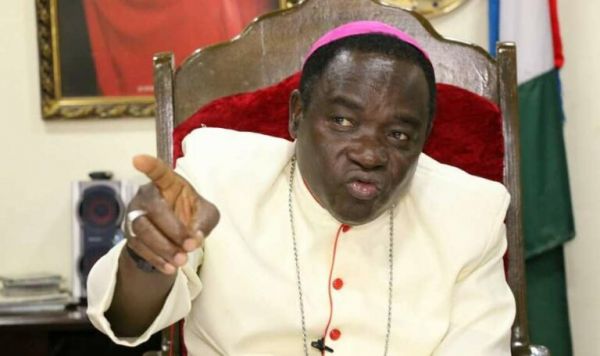 Matthew Kukah, bishop of the Catholic diocese of Sokoto, says Nigerians want leaders that will tackle the problems confronting the country head on.

Kukah spoke on Tuesday at an event organised by the National Institute for Legislative and Democratic Studies (NILDS) in collaboration with the Kukah Centre.

The event was themed ‘High-Level Forum on Political Communication and Issue-based Campaign in the 2023 General Elections’.

Speaking as one of the panelists, Kukah said Nigerians are looking for a country with leaders they can believe in.

Despite defection to PDP, INEC lists Shekarau as NNPP senatorial candidate
The respected cleric said it’s not enough for politicians to bandy corruption mantra but must also do what has to be done to tackle the malaise.

“As citizens, we need to get a sense that beyond talking to us about corruption, we need leaders that will ‘walk the talk’. This is because the corruption mantra is no longer working and it is not going to work,” he said.

“The greatest challenge for us in Nigeria is that our identity politics has not been well managed, and politics remains the most viable ingredient in managing diversity. Had we developed the skills to manage diversity effectively, the challenges confronting the country would have been tackled.”